The Catholic Diocese of Enugu has condemned followers of Father Ejike Mbaka, saying they committed heinous act against the church.

Recall that Father Mbaka’s supporters took to the streets to protest the sudden disappearance of the fiery preacher.

The cleric’s supporters, consequently took to the streets demanding his immediate release after suspicion rose high that he was whisked away by operatives of the Department of State Services (DSS).

The clergy man will later resurface after a day in detention and doused the tension.

During the protest, the Enugu Catholic Diocese claimed that the supporters desecrated the place of worship and vandalised Church properties.

A litany of the vandalised properties is contained in a statement signed by the Bishop of Enugu, Callistus V. G. Onaga attached below.

Meanwhile, Bishop Onaga has called for ‘one week union of prayer in reparation and atonement for this heinous act against its central place of worship and the sanctity of the Church’.

See the attached statement below: 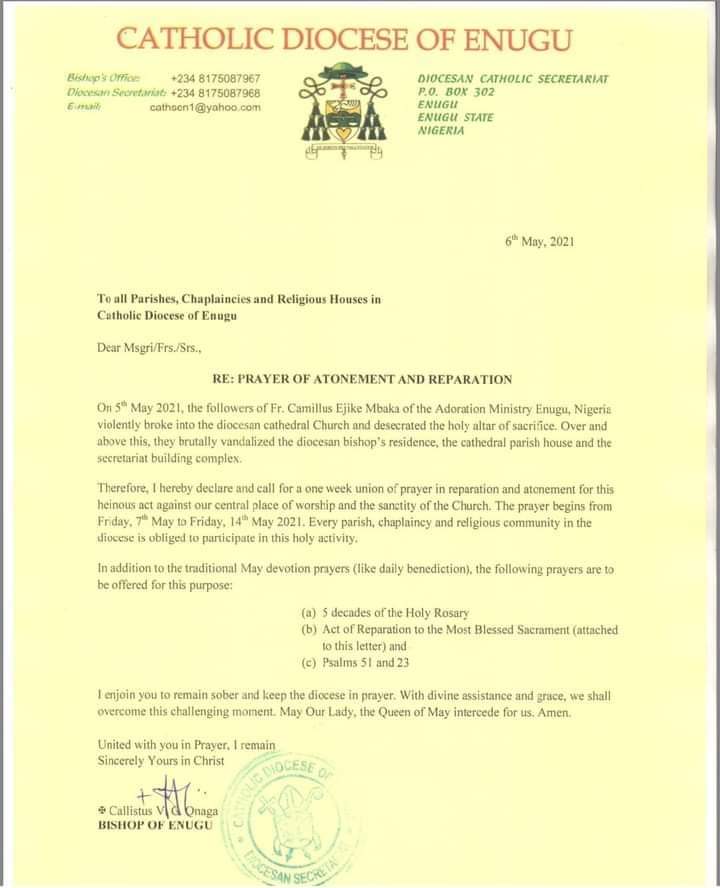