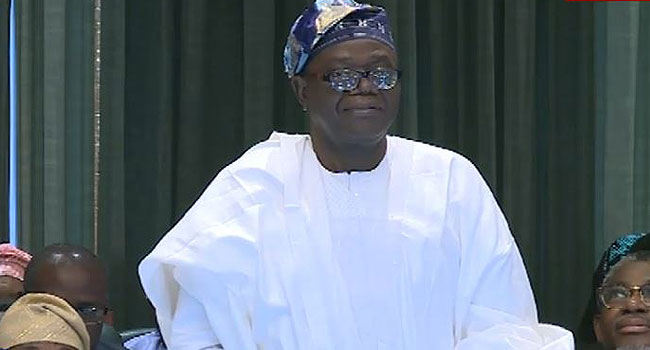 During the ceremony, citations of the ministers were read and one stood out of the lot because of the message inherent in the story.

It is the story of Senator Omotayo Alaso-Adura from Ondo State.

According to the citation as read by President Buhari’s spokesman, Femi Adesin, Senator Alaso-Adura was born on August 12, 1949.

READ ALSO: Ministers of the Federal Republic of Nigeria and Portfolios

A chartered accountant, Alaso-Adura started work in 1974 as a messenger at Balogun Ayinfalu Badejo & Co Chartered Accountants and rose through the ranks to become the managing partner and Chief Executive Officer (CEO) of the same firm.

Soon after, he was appointed commissioner for finance and planing between 2003 and 2009.

He later represented Ondo-Central Senatorial district in the Upper legislative House between 2015 and 2019.