MMM is a Russian Ponzi scheme company that bankrupted millions 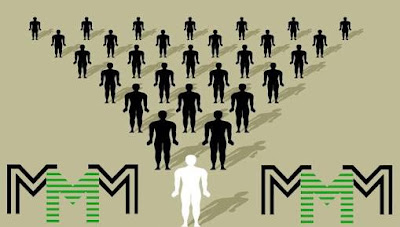 МММ was a Russian company that perpetrated one of the world’s largest Ponzi schemes of all time, in the 1990s.

By different estimates from 5 to 40 million people lost up to $10 billion. The exact figures are not known even to the founders.

MMM was established in 1989 by Sergei Mavrodi, his brother Vyacheslav Mavrodi, and Olga Melnikova. The name of the company was taken from the first letters of the three founders’ surnames.

In January 1992, tax police accused MMM of tax evasion, leading to the collapse of MMM-bank, and causing the company to have difficulty obtaining financing to support its operations.

Faced with difficulties in funding its foreign trade, the company switched to the financial sector. It offered American stocks to Russian investors, but met with little success.

Later, MMM-Invest was created for the purpose of collecting vouchers during privatisation. This effort was similarly unsuccessful.

The company started attracting money from private investors, promising annual returns of up to one thousand percent.

It is unclear whether a Ponzi scheme was Mavrodi’s initial intention, inasmuch as such extravagant returns might have been possible during the Russian hyperinflation in such commerce as import-export.

Since the shares were not quoted on any stock exchange and the company itself determined the share price, it maintained a steady price growth of thousands of percent annually, leading the public to believe its shares were a safe and profitable investment.

An important factor in the scheme’s success was word of mouth, but most of the company’s success came from its extremely aggressive ad campaign, which appealed to the general public by using “ordinary” characters that viewers could identify with.

The most famous of them, a “folk hero” of early 1994, was Lyonya Golubkov. Another notable marketing effort was a giveaway of free Metro trips to all Moscow citizens on a particular day.

MMM also was one of the first well-known companies in Russia with a logotype and slogans (“Flying from shadow to the light” and others).

At its peak the company was taking in more than 100 billion rubles (about 50 million USD) each day from the sale of its shares to the public.

Thus, the cash flow turnover at the MMM central office in Moscow was so high that it could not be estimated.

The management started to count money in roomfuls (1 roomful of money, 2 roomfuls of money, etc.).

Regular publication in the media of the rising MMM share price led President Boris Yeltsin to issue a decree in June 1994 prohibiting financial institutions from publicising their expected income.

The success of MMM in attracting investors led to the creation of other similar companies, including Tibet, Chara, Khoper-Invest, Selenga, Telemarket, and Germes.

All of these companies were characterised by aggressive television advertising and extremely high promised rates of return. One company promised annual returns of 30,000%.

On July 22, 1994, the police closed the offices of MMM for tax evasion. For a few days the company attempted to continue the scheme, but soon ceased operations.

At that point, Invest-Consulting, one of the company’s subsidiaries, owed more than 50 billion rubles in taxes (USD 26 million), and MMM itself owed between 100 billion and 3 trillion rubles to the investors (from USD 50 million to USD 1.5 billion).

In the aftermath at least 50 investors, having lost all of their money, committed suicide.

Several organisations of “deceived investors” made efforts to recover their lost investments, but Sergei Mavrodi manipulated their indignation and directed it at the government.

In August 1994 Mavrodi was arrested for tax evasion.

However, he was soon elected to the Russian State Duma, with the support of the “deceived investors”.

He argued that the government, not MMM, was responsible for people losing their money, and promised to initiate a pay-back program.

The amount ultimately paid back was minuscule compared to the amount owed.

In October 1995, the Duma cancelled Mavrodi’s right to immunity as a deputy.

In 1996, he tried to run for Russia’s presidency, but most of the signatures he received were rejected. MMM declared bankruptcy on September 22, 1997.

While it was believed that Sergei Mavrodi left Russia and moved to the United States, it is possible that he stayed in Moscow, using his money to change apartments regularly and employ a group of former special agents.

Fighting corruption in judiciary is to protect it – Osinbajo