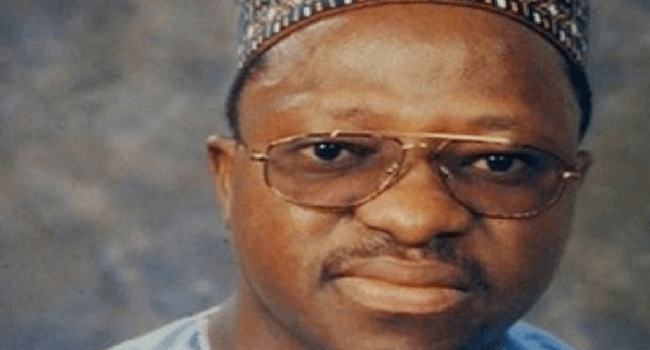 The former governor of Plateau State, Joshua Dariye is accused of diverting about N1.2 billion from the state’s Ecological Fund, to private companies and individuals.

The trial of a former governor of Plateau State, Joshua Dariye, who is being prosecuted by the Economic and Financial Crimes Commission, EFCC, on a 23-count charge bordering on money laundering and diversion of funds, continued on January 25, 2016 with the anti-graft agency presenting its witness before Justice Adebukola Banjoko, of the Federal Capital Territory, FCT, Court, High Court, Gudu, Abuja.

Dariye is accused of diverting about N1.2 billion from the state’s Ecological Fund, to private companies and individuals.

Led in evidence by prosecuting counsel, Rotimi Jacobs, SAN, the EFCC witness, Musa Sunday, a detective with the EFCC, provided details into the findings of the investigative team that probed the allegations against Dariye.

Sunday told the court that the EFCC had in September 2004 received a petition from the office of the Attorney General of the Federation, AGF, to wit the UK Metropolitan Police requested assistance of the Nigerian Government in investigating some companies linked to Dariye.

“The petition of the UK Metropolitan Police was sent by the AGF to the EFCC, and it was subsequently referred to my team,” he said.

He told the court that the team immediately swung into action to investigate the banks – All State Trust Bank, Lion Bank (now Diamond Bank), companies and individuals allegedly involved in the fraud.

“At the All State Trust Bank we discovered an account whose signatory was Haruna Dariye, but upon further investigation, we found out that the signatory was actually the defendant (Joshua Dariye),” he said.

According to him, it was discovered that the mandate of the account at the bank, had no passport photo on it, but upon interrogation of the bank manager, it was discovered that Dariye owned the account and had on opening it, requested for a waiver, which enabled him to open it without following the due process of affixing his passport photo on the mandate form.

“We obtained the instruments used to open the account with the bank and upon forensic examination, it was confirmed that the signatory to the account was Dariye,” he said.

Report of the forensic unit, confirming the signature to be that of Dariye was accepted as exhibit by the court.

Sunday further told the court, that investigations revealed that Dariye instructed the bank to disburse the money meant for the state’s Ecological Fund, into private companies that included Ebenezer Ratnen Ventures and Pinnacle Communications Limited, instead of paying the money into the Plateau State Government account.

“We studied the accounts linked to Ebenezer Ratnen Ventures with the bank, and discovered financial inflows including money from the Ecological Fund,” he said.

The handwritten instruction asking the bank to disburse N1.162 billion to the companies was tendered as exhibit in the court.

Although G. S. Pwul, SAN, counsel to Dariye contended the admissibility of the handwritten instruction, Justice Banjoko overruled and accepted it as exhibit.

It would be recalled that since his first arraignment on July 13, 2007 at the Federal High Court, Abuja, Dariye employed all means known to law to frustrate his trial.

Following his “plea of not guilty” to the charges preferred against him, the court had set aside November 13, 2007 for the prosecution to open its case.

On the date fixed for trial to commence, Dariye filed a motion before the court praying for an order to quash the 23-count charge preferred against him on diverse grounds, including lack of locus standi to prosecute him and jurisdiction to hear and determine the case.

Dariye’s application was dismissed by the court on December 10, 2007. He proceeded on appeal, which also suffered the same fate on June 17, 2010.

Not satisfied, the former governor proceeded to the Supreme Court on July 13, 2010.

The apex court in its judgment delivered on February 27, 2015 found the appeal to be lacking in merit and consequently dismissed it and ordered the court to commence expeditious trial of the former governor.

Can The Supreme Court Save the Judiciary?