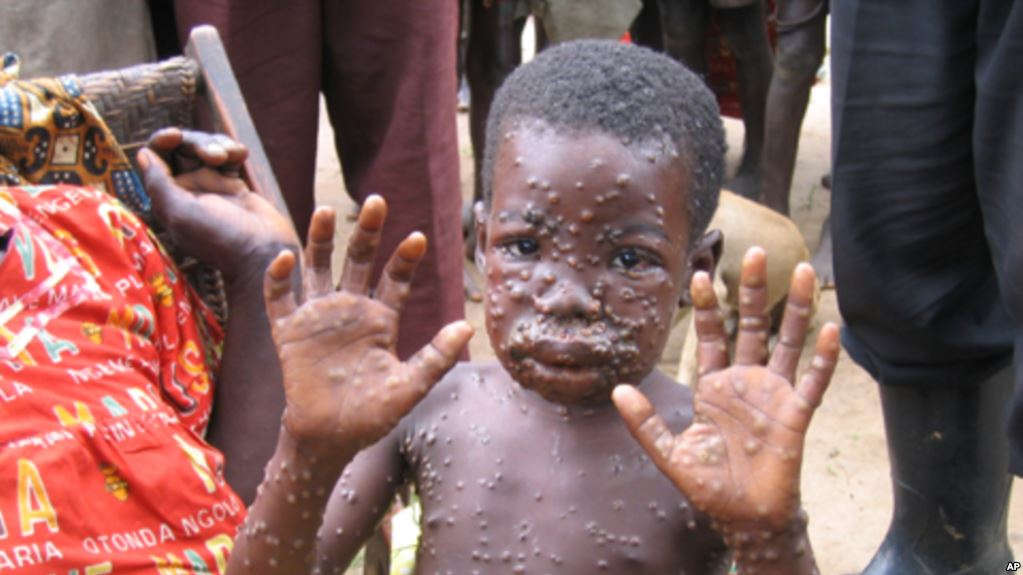 The Nigeria Centre for Disease Control (NCDC) says 31 suspected cases of monkey pox have so far been reported in seven states across the country.

Dr Chikwe Ihekweazu, the National Coordinator/Chief Executive Officer of NCDC, made this known on Monday in Abuja.

According to Ihekweazu, following the notification of a suspected monkey pox outbreak on Sept. 22, 2017 in Bayelsa, other suspected cases have been reported from six more states.

Ihekweazu said that samples had been collected from each suspected case for laboratory confirmation.

“Results are still being awaited. So far, there have been no deaths recorded.

“It is unlikely that many of the suspected cases are actually monkey pox, but all are being investigated.

“All the suspected cases are currently receiving appropriate medical care, and the patients are all improving clinically in their various states,’’ he said.

Ihekweazu said that the Federal Ministry of Health, through the Nigeria Centre for Disease Control (NCDC), was supporting the affected states to ensure the outbreak is brought under control and to limit further spread.

“NCDC has activated an Emergency Operation Centre (EOC) to coordinate the outbreak investigation and response across the affected states.

“The EOC is currently supporting State Ministries of Health in their response to the outbreak through active case finding, epidemiological investigation and contact tracing.

“Measures have been put in place to ensure effective sample collection and testing for laboratory confirmation.

“Risk communication activities have been heightened to advise the public on preventive measures. All 36 States and the FCT have been notified for preparedness,’’ the NCDC national coordinator said.

Meanwhile, apprehension has gripped Enugu State as the State Ministry of Health has urged residents of the state to be wary of touching or coming in contact with wild animals, for self-protection against Monkey-pox virus.

The ministry’s Director of Public Health Services, Dr Okechukwu Ossai, gave the advice when he spoke with the News Agency of Nigeria on Tuesday, on measures taken by the ministry to prevent the disease in the state.

Ossai said the ministry had begun sensitisation in local radio and television stations about the disease, its signs and symptoms.

He said that the ministry had also gone ahead to orientate its disease surveillance officers in all the local governments and border areas on the disease.

The orientation, he said include the physical manifestations and signs of the disease.

“At the grassroots, we have alerted our health focal persons to monitor the environment and ensure that no one incubates any strange disease in his or her house,’’ he said.

The director said that personal, family and environmental hygiene especially hand washing, was key and necessary for all residents of the state to observe, to avoid any form of virus or contagious disease.

He said monkey-pox could be contacted through touching the body or body fluid of wild animals, adding that apart from monkeys, antelopes and wild rats could also harbour the virus.

“I will also urge hunters, butchers and those that prepare bush meat from these animals for consumption to be wary.

“However, if the meat from these animals mentioned are cooked very well beyond boiling point, the meat is safe as the virus is destroyed via proper boiling.’’

Health experts explain that Monkey-pox, a virus found in monkeys and other wild animals is, however, rare in humans, adding that  it belongs to the same family of Chicken-pox and Small-pox.