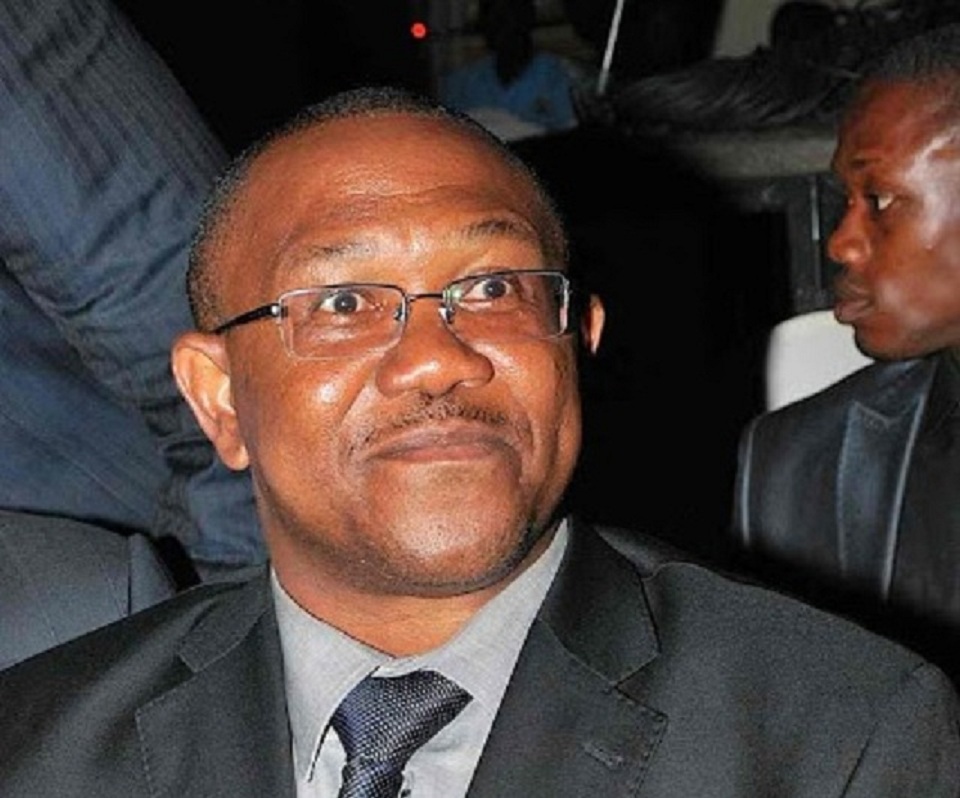 A renowned moral crusader, and Director, Center for Moral Mentorship South Eastern Nigeria, Aisha Edward has lashed Traditional Rulers and Clergymen in Anambra over the comments they allegedly made against Mr. Peter Obi [above], the Anambra State erstwhile governor during a meeting held at Governor’s lodge.

Read her reaction below: “A wake up call for our moral stake holders, I mean the traditional rulers and our clergies in this country is now eminent following the news making round by online bloggers that these men of honour have turn around to sell their conscience and defile the general wish of their subjects or flocks for the sum of N500, 000.

“Could this be true? Is there any iota of fact in this weighty allegation? If actually true, then clergymen who instigated the character deformations on ex-Gov Peter Obi during the so called meeting are only deceiving themselves and their immediate family members not the Church. And their opinions do not represent that of the church and the congregation.

“Therefore, I’m advising them to always remove their Sutan or holy apparel before attending such meetings and see if someone will not beat them up on the road for making such an unwarranted remarks on former ex-Gov Obi.

“Where were they when the Catholic Diocese of Awka organized a huge and intimidating reception for the man (Peter Obi), who has since won the heart of Anambrarians beyond imagination both home and abroad? Please these clergymen should borrow a leaf from BISHOP EZEOKAFOR who has been publicly advocating for peace between these two brothers (Obi and Obiano), whom some hungry individuals have crudely decided that the home for all and the light of the Nation shall never have peace.

“It beats my heart that a clergy man would boldly come out and make statements that would set the country on fire. If such misfits can say that about a leader then what do you expect online bloggers to say or write. The public should know that some of the opinions from the clergies did not represent that of the Church because the church is far bigger than those greedy and selfish sycophants.

“Sometimes ago, these same Honorable Bishops extolled Obi’s good governance and unbeatable legacies as well as Gov Obiano continuity, which were widely published on print and can serve as an evidence in embarrassing such denominations. I therefore, wonder where those misinforming the public now, were residing when all these took place even in the annals of history! These are the group of individuals that deceived the immediate past President in the name of Anointed men of God yet they are not even remorseful of the souls they have languished in vain trying to defend their so called prophesies.

“These men are the reason why the country is turned into shreds because of religious and ethnic sentiments, when a supposed peace maker has turned into a political juggernaut willing to destroy the nation, State, LGAs and families in the name of trying to be relevant and powerful. These kinds of clergyman are ought to be probed by their respective congregation or better still the society because they are morally corrupt.

“The philosophy of my crusade is that moral corruption is the biggest monster and the mother of all corruption. This is because when you are morally corrupt you must exhibit the following degree of corruption academically, financially, economically, politically, socially and spiritually corruption. The Holy Bible says that he that has not sin is a liar and the truth is not in him even if he/she is a clergy.

“The case of Mary Magdalene is another context why the Bible urges us to cast the first stone on her if we have not committed any sin. I am not a born again preacher but I am simply reminding this irresponsible individuals hiding under the Church to create more confusion to their members thereby making some of us never to visit their business centers called Church.

“Well I am here to disappoint those mischievous clergy politicians that I am not leaving the Church for them anymore after 20yrs of leaving without justification. I will ensure that I run them out of business by disregarding their cheap political and offensive campaign against Gov Peter Obi or even Gov Obiano. The two brothers are just fine, if you ask me. They served Thirty years in the banking industry without any iota of quarrel between them until some hungry and desperate individuals met them in politics, it is a pity!

“Please if anyone wishes to support this government let him do it without seeking for any reward, relevance, contracts, and appointment of any sort. Do it more in the secret because that is the one that will be rewarded most in heaven. If you want to correct any of the past political appointee please call that person in confident or reflect that in your church, offices or neighborhood, that is why you are psychological or spiritual counsellor too and not an open verbal attacks.

She advised the clergymen thus: “Stop attending political meetings in the name of the Church, but if you must do so, then endeavor to put on a casual wear and answer your personal name without a religious title attached to it so that your opinion remains personal and not that of a church.

This will go a long way in saving the Church from several embarrassments before their flocks. The church is far bigger than any powerful individuals let alone an inconsequential character who are obvious impostors before God himself.

But before I forget join us and save lives with, Association of people living with sickle cell disorder (APLSCD) in case you are looking for what to do as a good Citizen. Our next thanksgiving is coming up at St. Faith Anglican Church, Awka Diocese by 9am on the 8th of November 2015 on Sunday.

Till we change, there will be no change – by Prince Charles Dickson

[Video]: Tension as another Biafra militia group emerges, threatens herdsmen not to…