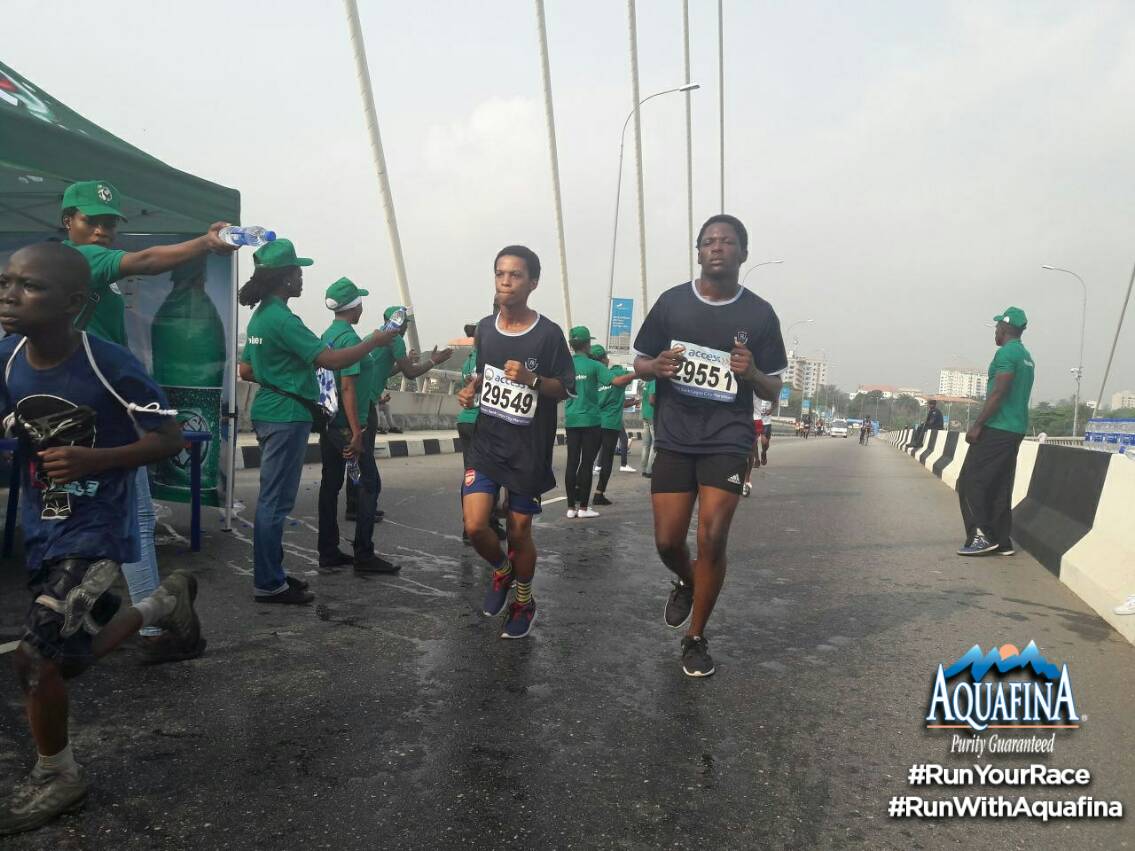 The big money spinning Lagos marathon takes of today. The star prize is $50,000 for the winner, while the first Nigerian runner will get N1 million.

It is believed that no fewer than 100, 000 athletes from 27 countries including Nigeria will be participating in the second edition of Access Bank sponsored Lagos Marathon billed to hold from 7am to 2pm today.

Also, 64 elite athletes from 26 countries and 102 from Nigeria, as well as 30 special athletes will also be participating in the marathon scheduled to start from National Stadium in Surulere and terminate at Eko Atlantic City in Victoria Island.

Addressing a world press conference on Friday at Eko Hotels and Suites, Deji Tinubu, who. Represented Lagos State Governor, Mr. Akinwunmi Ambode, said adequate preparations have been put in place to ensure a successful event, assuring that the marathon had been designed to be bigger and better than the previous edition.

Tinubu who is Ambode’s special adviser on sports addressed the briefing alongside President of the Athletics Federation of Nigeria (AFN), Mr Solomon Ogba; Acting President of International Association of Ultra runners, Mr Nadeem Khan; representatives of International Association of Athletics Federations (IAAF), and representatives of the sponsors of the event.

He said all the agencies of government participating in the event have been adequately mobilized, saying that Lagosians should expect the best.

He said the event was meant to showcase the excellence of Lagos to the world as well as encourage sporting activities among the people.

While appreciating all the sponsors that partnered with the State Government, Governor Ambode, through his proxy said it was gratifying to note that many of the participating athletes have picked up their running kits, while top notch security and logistics arrangement have been put in place.

He also said that the Sole Administrators of the Local Government Areas of the routes of the marathon have also been adequately mobilized, while arrangement for entertainment and fun packs have also been perfected for those not participating in the marathon.

AFN President, Ogba said as the biggest commercial city and very important city in Africa, the Lagos Marathon was designed to be among the top ten marathons in the world, saying that he was indeed happy with the commitment of the present administration in the State led by Governor Ambode towards the marathon.

He said it was a common knowledge that over 10,000 people travel to Lagos per day with no intention of going back and with a lot of attendant pressure on public infrastructure, adding that it was good thing that the government considered the event.

Also, Head of Organizing Committee of the Marathon and Executive Director of Access Bank, Mr. Victor Otoko recalled the success of the last year edition, saying that necessary preparation has been perfected to make this year’s edition hugely successful.

He said provisions have been made for a total of 29 water stations along the marathon routes with adequate security to ensure that only the marathoners get access it, while all the special athletes participating in the marathon would be given appearance fees.

You Must Be careful – Trump warns