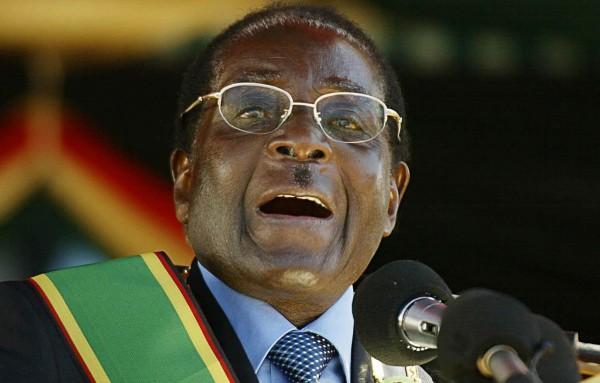 Blame the West all you like, I believe African leaders are the worst enemies of Africa. For decades, Mugabe has proven to be a textbook example of how African leaders underdeveloped Africa. I will not subject myself to mental torture trying to list names of African presidents who brazenly raped the continent. Last week, President Robert Mugabe after prolonged negotiations with the Zimbabwe’s military leaders, Mugabe resigned after 37 years as one of Africa’s longest ruling despot. Mugabe spent 11 years in jail from 1964 to 1975 for his guerrilla war fighting the Brits for Zimbabwe’s independence. In 1980, the minority white rule ended.

Mugabe became Prime Minister in 1987. By 2000, he had run Zimbabwe’s economy aground. The economy was in tatters. He strengthened his powers and redistributed white-owned farms. The flourishing white-owned farms were given to political cronies and appendages who knew little about farming. As expected, food production plummeted. Between 2000 and 2008, production of Zimbabwe’s major cash crop – tobacco – dropped by 64 percent.

The situation was aggravated by corruption and stupendous wasteful spending by his government. The economy collapsed. The Zimbabwe currency became a worthless paper. The run-away inflation was met with a $100 trillion note. With unemployment over the roof, three million Zimbabweans fled to neighboring South Africa for jobs. By 2008, Zimbabwe’s hyperinflation hit 500 billion percent. Fistfuls of 100 trillion Zimbabwe dollar banknotes were no enough to buy basic groceries.

Tourism once a major revenue earner for Zimbabwe dried up. A country rich in diamonds, platinum, gold, and chrome, Mugabe’s selective persecution of whites discouraged foreign investments. Funds from Marange diamond fields ended in the pockets of Mugabe, his family, and closest allies. His Central Intelligence Organization hunkered down hundreds of opposition supporters. He used the army, the police, and the security network to suppress Zimbabweans.

Anambra: Time for Judiciary to Redeeem Itself — By Joseph K.…

Political paternalism of Benin empire and question of the unity of…

Mugabe’s wife lavish lifestyle and her exotic taste for designer shoes, jewels, clothes, watches, earned her the nickname “Gucci Grace.” At independence, Zimbabwe was one of southern Africa’s most prosperous nations. The gushing Zambezi River is home for wildlife and pulsing rapids. The Zimbabwe lush soil was the envy of a continent. How could one forget its Victoria Falls, one of the seven wonders of the world. Zimbabwe could boast of paved network of roads and four airports.

African leaders have caused the continent to loose between $1.4 trillion from 1980 to 2010. Most of Africa’s woes are tied to leadership. Because of the Faustian, myopic, selfish, backward type of non-progressive leaders who are naive, vision-less, proxy implants, opportunistic, parasitic, and totally compromised, millions of Africans are suffering and dying for no reason other than the terrible choices of these so-called leaders.

Mugabe, the aging despot left behind a once prosperous nation a desert of ruins. When you forget whom you serve, you quickly fall prey to the basest human instincts. Mugabe launched out to serve his own selfish interests. In the end, his actions cost him everything. He was the general who forgot the real boss – the Zimbabweans.