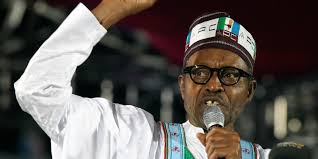 Last week, our friends, Dr. Barry and Claire Mauer had us all over for a party for Claire’s birthday at their College Park, Orlando, home. We were all going at it, with a little wine and sherry, and that good stuff, when Shanti, another friend of ours said, “I hear your president say all you Nigerians are unruly, and you need to stop being unruly!” I too had heard that the previous day on the BBC.

It was big news for the BBC that president Buhari’s Independence Day message to Nigerians was that Nigerians were “unruly.” It triggered their fancy so much that they made such an event of it. They brought a Nigerian, whose name I do not now recall, and Ghana’s Elizabeth Ohene, to talk about the “unruliness” of Nigerians as claimed by a president who increasingly seems really disconnected from the Nigerian reality. In the symbolic moment of Nigeria’s 55th anniversary as an Independent nation, more sober considerations should have been made regarding the trajectory of Nigeria’s journey, the transitions that have been made, and the true reasons for the failures of Nigeria.

We should rather celebrate the hardiness and resilience of Nigerians in the face of a terribly confused administration as Buhari’s is turning out to be.Ordinary Nigerians must not be made to carry the can for failed political leadership this past fifty-five years, of which Buhari has been a distinct part. The President had not much to say to Nigerians except that Nigerians are unruly and discourteous, and must change, in order to achieve development. Actually, this is the worst Independence Day speech I have heard of any Nigerian president. It had no concrete facts. It simply was high on the weed of self-indulgence. On such a symbolic day, President Buhari should have celebrated Nigeria, and offered it hope.

There are ordinary Nigerians laboring heroically to turn the disadvantages of being Nigerian into something hopeful, and meaningful. Nigerians are not unruly. The Nigerian child I know is taught, right from the home, to be courteous, and respectful of people, especially, older people. Nigerians know to “throway salute” when they meet you. They say, “Afternoon, sir!” “Enlee ma!” “I boola chi e!” and so on. Nigerians are not, by their very nature, or even by acculturation, unruly or discourteous.

Our political leaders have been unruly and discourteous. Those are the real culprits and makers of our national malaise. They have very little regard or respect for the civil and economic rights of Nigerians. Anyone who suddenly arrives at political office, begins immediately to see the rest Nigerians as adversaries and enemies; people who must be contained and repressed, and garrisoned.

Nigerians are constantly infantilized in the minds of the men and women who arrive at power. That is the true meaning of unruliness: to ride rough-shod on your county men because you have the privilege of the protections of public office.

It is unruly of public office holders to capture the road on a hot, uncomfortable, tropical day, with sirens and a long convoy, and horse-whip people to the sideways, and travel freely while the rest must deal with congested traffic. It is unruly to shield political power holders behind the barricade of high walls inside government buildings, while the rest of Nigerians are left to the vagaries of crime. I think President Buhari must first, look inward.

As president, propriety demands that he be accompanied by no more than his police orderly in public, while the secret service organize his security with unseen and invisible agents, who mingle with the crowd, without harassing Nigerians with an overwhelming image of armed power. It is the image of overwhelming force, especially modeled by the military that has created the psychological crisis that has reduced Nigerians to its current social miasma. Nigerians, subjected to force rather than governance, since 1966, are suffering from the trauma of social violence, and are reproducing that violence. They know nothing else but the unruliness modeled by the makers of the public system : the government, and political leadership. It will not do merely to preach order, curtsey in society, when the conditions in which Nigerians live make it possible.

If there was a well-organized public transport system, Nigerians would have no need to “rush.” But in a city like Lagos, with a population over fifteen million, to have only one means of moving that population is madness in itself. It is nightmarish, and the social pressure of moving about in Lagos which ought to, like cities even half its size, have an underground system, a surface metro system, a water transport system, as well as well-kept roads that do not clog up movement, makes courtesy difficult, and unruliness only a means of survival.

A man who has no access to clean public toilets, must defecate, and if he cannot find any will be forced to the indignity of relieving himself in public. To prevent that, it is incumbent on governments to provide clean public toilets in strategic places, to prevent such unruliness. The government itself must model the meaning of courtesy, by treating the public with the highest respect in public.

A government officer, like a policeman or soldier or tax collector, who harasses any member of the public is modeling unruliness; a government who keeps armed soldiers and police on the highways and streets where they harass Nigerians, is an unruly administration, and will reproduce an unruly nation.

The sexy power word in those days was “summarily.” Buhari promised that the military government of which he was head would “summarily” deal with any Nigerian who was found wanting in “discipline.” He quickly launched a “War Against Indiscipline.” It caught on fire.

Nigerians were pressed to “behave.” They began to queue for buses and other services in places like Lagos, notorious for jumping queues. That was the greatest achievement of WAI: Nigerians learnt to queue. Military governors sometimes arrived the gates of government secretariats very early, and waited for government workers who arrived late.

Late-coming civil servants were humiliated, made to kneel down irrespective of their office or positions, or age, and frog-jumped as punishment for coming late to work. In some cases, they were “summarily dismissed.” Buhari’s government authorized armed soldiers to raid warehouses, and seize the goods of traders accused of “hoarding essential commodities.” That was in a period, of course, when “ESSENCO”was very scarce. Buhari’s War Against Indiscipline, stemmed from his genuine convictions that Nigerians were an undisciplined lot, and had to be forced to obey the simple laws of the land, and of courtesy.

Recent evidence suggests that Buhari continues to believe this as a fundamental problem with the Nigerian character.

A government that offers, not work, but whips to Nigerians, will create the kind of social pressure that will make civilized conduct impossible. So, President Buhari should for a moment, get off the back of Nigerians. Nigerians did not elect him merely to preach, they elected him to act. So, to make Nigerians more courteous, the government should begin a work program, strengthen internal regulations and enforcement codes in the public service, provide public infrastructure, enough to make an aggressive search for it redundant. That will reduce the kind of social pressures that make Nigerians unruly.