Murray gears to overtake Novak Djokovic at the top 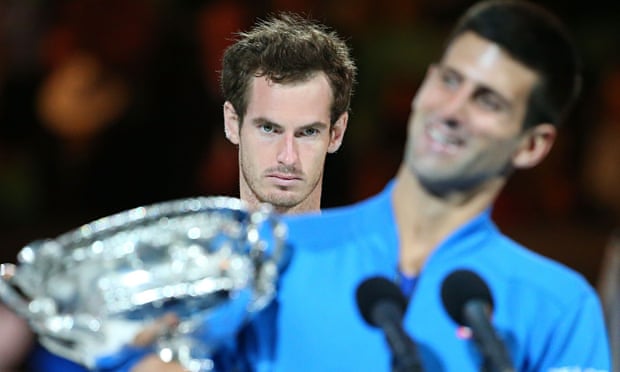 Novak Djokovic be warned: Andy Murray wants your place atop the Emirates ATP Race To London.

A mid-season surge has seen him reach seven consecutive finals, including his second Wimbledon title run in July.

Murray now has the chance at the US Open to do what just three months ago seemed unthinkable: dethrone Novak Djokovic from first place in the Race.

When Djokovic defeated Murray in the Roland Garros final on June 5, the Serb held a 3,225-point lead in the Race.

Murray has now cut that to 1,215 points after reaching the final of the Western & Southern Open in Cincinnati this past Sunday.

Should Murray win the title he will go to first place in the Race unless Djokovic is the man he beats in the final.

If Murray and Djokovic meet for the third time (Australian Open, Roland Garros) in a Grand Slam final this year, Djokovic will still lead the Race by 415 points even if Murray wins the final.

With a US Open title, Murray would also put the ultimate goal in play: the year-end World No. 1 Emirates ATP Ranking.

Djokovic is attempting to clinch it for the third consecutive year and fifth time overall.

Just 16 players have ever finished the year No. 1. A total of 25 players have held No. 1 during their careers.

Murray is only one of eight players to top 600 match wins without ever ranking No. 1.

I never let outside noise affect my managerial decision, Mourinho…

Returning focus to London, Murray and Djokovic are the only two players to have secured their berths at this year’s Barclays ATP World Tour Finals, to be held November 13-20 at The O2 arena.

The battle for the remaining six spots – which are determined by the Race – took some twists and turns in Cincinnati and will only intensify at Flushing Meadows.

Milos Raonic (4,375 points), third in the Race, and Kei Nishikori (fourth with 3,595 points) have reason to be confident that they will qualify for London.

Austrian 22-year-old Dominic Thiem (3,025), who is looking to make his London debut, moved past Rafael Nadal (3,020) in fifth place after a quarter-final showing (l. Raonic) in Cincinnati.

Both players are less than 500 points clear of ninth-placed Tomas Berdych.

The Czech, though, will miss the US Open due to appendicitis.

That will give both Thiem and Nadal a chance to add a handy buffer inside the Top 8 if they reach the second week.

Cilic (2,310) this week surges nine places to 10th in the Race, just 325 points behind eighth-placed Monfils.

The US Open champion in 2014 and semi-finalist last year, Cilic has reason to expect that he can leverage his hot form and recent US Open performances.

He hopes to make a deep run at Flushing Meadows and perhaps break into the Top 8 in the Race.

David Goffin (2,130) is tied for 11th with Roger Federer (who will miss the rest of the season through injury) and is 505 points behind Monfils.

The Belgian missed an opportunity last week to press his London claim, as did 13th placed Nick Kyrgios (1,825), with both players suffering early exits in Cincinnati.

Leicester City to clash with Chelsea in EFL Cup 3rd round

Sanusi blasts Buhari: Your government may end up like Jonathan’s