Nigeria’s government has cancelled plans to build a “film village” in the northern state of Kano after opposition from Muslim clerics and social media.

Films in the Hausa language are popular across northern Nigeria

More than $10m (£7.6m) had been budgeted to provide state-of-the-art facilities for the Hausa language film industry, known as Kannywood.

The government said the project would create thousands of job opportunities and promote cultural activities.

Muslims clerics have said that the project would promote immorality.

People on social media also called on the government to stop the plan. 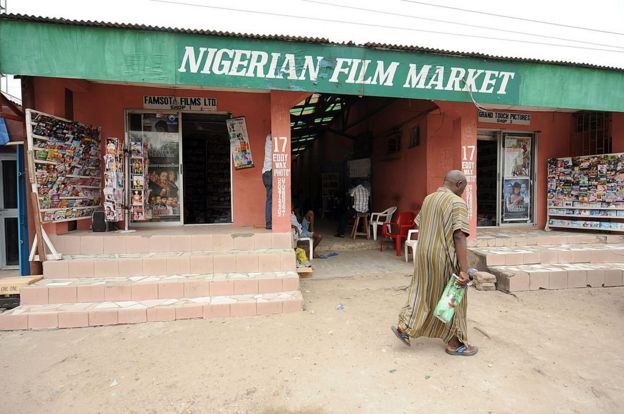 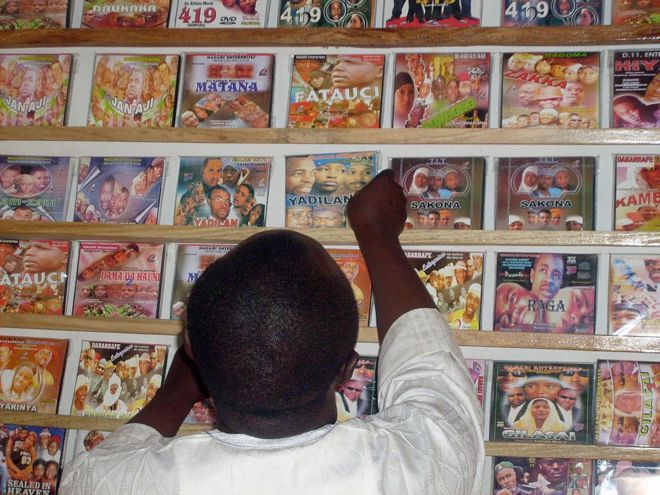 Locals have said the project is not a priority – they say the government should instead focus on the revival of dams for agricultural development in the area.

A presidential adviser, Abdurrahaman Kawu Sumaila, announced the cancellation of the project saying that the people have had their say, and the government has heeded them.

A leading Kannywood actor and director, Ali Nuhu, told the BBC that he was confounded by the decision.

Ever since its creation more than 20 years ago, Kannywood has attracted a lot of criticism from the conservative society in the mainly Muslim city.

It has been accused of encouraging teenage girls to run away from home in the hope of becoming actresses.

Kannywood films are produced in the Hausa language and distributed in the Muslim-dominated north.

Most Nigerian films are produced in the south but in English and Pidgin-English.

This film industry, known as Nollywood, is the country’s biggest cultural export and has made a name for Nigerian artists across Africa.

Governor Obiano: Eyes on the Prize – On the Threshold of Excellence