My client is not fugitive- Dasuki’s lawyer

Dasuki was among the officer who confronted Abacha and insisted that Abiola be freed and allowed to become President over the June 12, 1993 President Election. This led to the premature retirement of Dasuki and other officers in 1994. 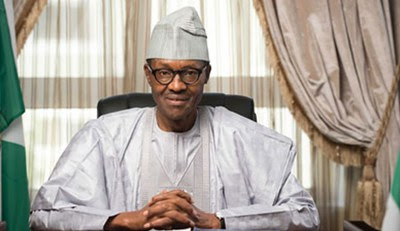 Immediate Past National Security Adviser, Colonel Sambo Dasuki (rtd) is not a fugitive but a lawful retired officer of the Nigerian Army, his Lawyer confirms.

Dasuki legally left the Army in 1994 and his exit in the military was officially gazetted by the Federal government through the former Head of State, General Abdulsalami Abubakar in 1999.

Responding to an allegation that the Ex-NSA was a fugitive and being currently held by the Department of State Service (DSS) on alleged breach of army service rule, counsel to Dasuki Mr. Ahmed Raji (SAN) claimed that the allegation was a fallacy and a concocted lie to confuse the court as the prosecution has no answer to the well-grounded objection raised by the defence.

The lawyer claimed that “the allegation of fugitive against Dasuki cannot hold water on stand in the face of the law in view of the official gazette of the Federal Government that confirmed his retirement from the military.

“It is curious that the prosecution counsel who initially claimed ignorance of the reason behind the denial of bail is now coming up with these excuses… I am tempted to believe that my learned friend Mr. Rotimi Jacob SAN must be genuinely mixing-up facts or mistake of identity.”

The lawyer further added that: “The allegation is baseless, unwarranted and malicious because his exit was in the gazette of the Federal government. We accordingly urge those holding Dasuki in the custody in flagrant disobedience to the court order that granted him bail to have a rethink and respect the rule of law.”

A counsel to Economic and Financial Crimes Commission in the trial of Dasuki on alleged money laundering, Mr. Rotimi Jacob had last Thursday told Justice Husseini Baba Yusuf that Dasuki was being detained by DSS in spite of the bail granted him by the judge because of his past in the military.

Jacob specifically told the court that Dasuki went on an exile for seven years and that during the period he allegedly breached the army service rules.

Meanwhile PRNigeria gathered that former military dictator, late General Sani Abacha held Dasuki in contempt and marked him down for persecution, when he (Dasuki) opened up his mind on the annulled June 12, 1993 Presidential election and that the winner of the election, late MKO Abiola be installed as Nigerian President.

Dasuki was among the officer who confronted Late Sani Abacha and insisted that MKO Abiola be freed and allowed to become President over the June 12, 1993 President Election. This led to the premature retirement of Dasuki and other officers in 1994.

The persecution that followed forced him into exile where he joined forces with other patriotic Nigerians to claim for the return of democracy in Nigeria. Some top politicians in the current administration also fled into exile to sustain campaigns for the enthronement of democracy. Dasuki and others were declared wanted by the Abacha’s police.

Meanwhile in an official Gazette No 33 Volume 86, Dasuki was granted clemency and pardon along with others on March 4, 1999 by General Abdulsalam Abubakar, the then Head of State and Commander in Chief of the Armed Forces for their innocence and meritorious service to their fatherland

ADF writes to Ekweremadu, urging him to help stranded Nigerians in Botswana