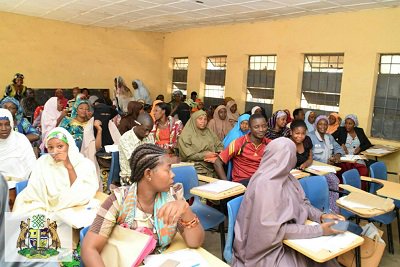 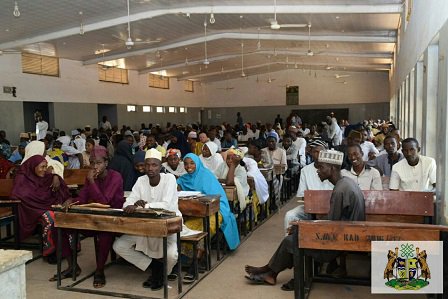 ‎As the Federal Government prepares to commence the payment of monthly stipends to the 200,000 graduates engaged under the N-Power job creation programme of the Buhari administration, 13 states of the federation have now submitted verified lists of the graduates and more expected later this week.

Disclosing this on Sunday while giving a news update on the programme, Mr. Laolu Akande, Senior Special Assistant on Media & Publicity in the Office of the Vice President stated that also in some states the graduates have also been deployed to their primary places of assignment, noting that payment of the N30,000 stipends for the graduates will commence this month once verification and deployment have been done.

Under the N-Power Volunteer Scheme, the Federal Government announced the selection and engagement of 200,000 unemployed graduates as the first batch of the half a million the Buhari administration plans to hire for the 2-year paid volunteer job programme.

In his budget speech Wednesday, President Muhammadu Buhari announced that the Social Investment Programmes would be continuing in 2017 with another allocation of N500,000.

According to him, “the 2017 Budget estimates retains the allocation of N500 billion to the Special Intervention programme consisting of the Home-grown School Feeding Programme, Government Economic Empowerment programme, N-Power Job Creation Programme to provide loans for traders and artisans, Conditional Cash Transfers to the poorest families and the new Family Homes Fund (social housing scheme).

He added that the “N-Power Programme has recently taken off with the employment of 200,000 graduates across the country, while the School Feeding Programme has commenced in a few States, where the verification of caterers has been completed.”

While the Federal Government is responsible for their monthly stipends, it is in partnership with state governments to verify the selected unemployed graduates and deploy them to their primary places of assignment since each of the volunteer graduates would be serving in their communities where they are resident, Akande explained.

He disclosed that the states that have completed the verification by weekend are Adamawa, Bauchi, Benue, Cross Rivers, Gombe, Jigawa, Katsina and Kogi states.

Others are Niger, Plateau, Sokoto, Taraba and Zamfara States, while verification and deployment have already been completed in Benue, Cross Rivers and Kogi.

According to the SSA, in virtually all the states of the federation, the verification has commenced and there are indications that much progress would be made this week in order to enable the Federal Government process the monthly payments of the already verified graduates before Christmas.

The Buhari administration is keen on ensuring that the selected 200,000 graduates are able to draw their stipends starting this month, as plans have been concluded to release the funds once verification is completed.

States have been very cooperative in working with the Federal Government so much that even in states that have not completed verification by weekend, much activities are going on towards attaining that goal.

The FG will pay the graduates their monthly stipends directly into their own bank accounts and 93% of the selected 200,000 graduate volunteers have already been verified based on the Bank Verification Number, BVN.

They love to see the blood flow – by Femi Fani-Kayode