Naira Crashes to all time low against Pounds, Euro 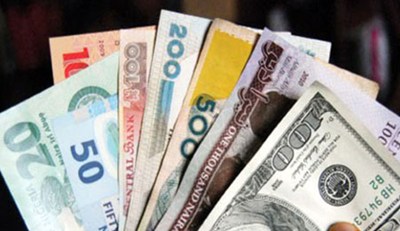 The Nigerian currency Naira was exchanged today at 608 and 526 to the pounds  (GBP, £) and the Euro ( €) respectively at the parallel market on Thursday.

The Naira appears helpless in the face of efforts by the CBN and stakeholders in the forex market in fast -tracking its recovery, the News Agency of Nigeria (NAN) reports.

Naira-Dollar Traders at the market said that the shortage of the green back was impacting negatively on the performance of the Naira. As the yuletide approaches, it is becoming clear that navigating the Naira to an upward trajectory involves concerted efforts by well meaning Nigerians.

It is undisputable that the Nigerian currency is fighting many battles that require patriotism on the part of the business community to win. It will be recalled that Alhaji Aminu Gwadabe, President, Association of Bureau de Change Operators of Nigeria (ABCON) last week identified currency hoarding and speculation as monsters challenging the very existence of the Naira.

Remittances from Nigerians living abroad, which is put at 21 billion dollars, which was hitherto assisting in the defence of the nation’s currency from total destruction, has now reduced drastically. The Naira stirs everyone in the face to salvage it from its attackers.