NANS Uncovers Plans To Use Students For Anti-Xenophobia Protests 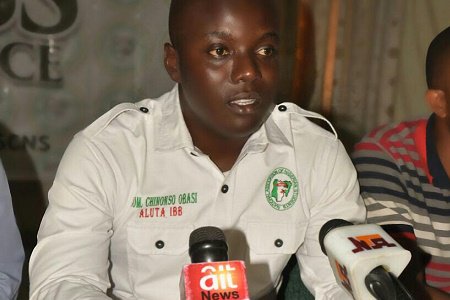 The attention of National Association of Nigerian Students (NANS) has been drawn to a plan by enemies of harmonious student unionism and academic progress of Nigerian youths to mobilise students for a purported protest against Xenophobe attacks in South Africa.

The protests have been scheduled to take place simultaneously on Thursday February 23 2017 in major cities in Nigeria.

While we condemn all forms of discrimination, particularly attacks on foreigners, NANS believes that calling out Nigerian students for a mass protest at this point in time when they are engaged in serious preparation for their semester examinations does not augur well for their academic and social health.

Moreover, it behooves of rascality to mobilize students for street protests or even to stampede South Africa firms doing business in Nigeria, especially the MTN, Multichoice among others, when there is no evidence linking the firms to the obnoxious attacks in South Africa.

As a responsible students union, we believe that there is sanity in the saying that no two wrongs can make a right.

In the language of Michelle Obama, the wife of the former United States President, Barack Obama, when they go low, should go high.

Therefore NANS urges those planning to protest the violence in South Africa with violation of peace and freedom in Nigeria to mount the high moral ground of civility against the barbaric attacks on aliens in South Africa.

We are informed that Nigeria and other countries have begun diplomatic efforts to ensure that the Xenophobe attacks do not go further.

It is our belief that the South African authorities should do all in their power to curtail the excesses of its misguided citizens that may want to vent their frustrations on law abiding citizens of other countries in their nation.