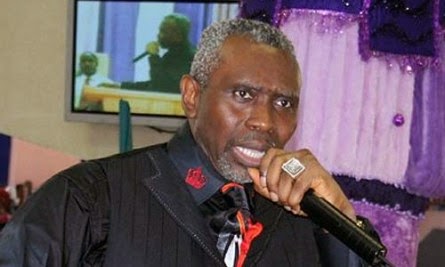 *Tell Christians to defend themselves against Boko Haram

The National Christian Elders Forum (NCEF) has pleaded the course of Biafran agitators, saying that the agitators should be given fair hearing.

In a communique released on December 13, following a meeting held on November 29, NCEF not only pleaded the course of Biafran agitators but alto told Christians to defend themselves against Boko Haram.

The Forum also lamented the fact that judiciary has been garrisoned by one religious, ethnic group, hence the lopsided playing ground witnessed in the affairs of the country.

Below is a copy of the communique:

State Of The Church And The Nation, by National Christian Elders Forum (Ncef)

The National Christian Elders Forum at its meeting in Jos, Plateau State, on Monday November 29th 2015, expressed concern over the state of the Nigerian Church and the nation. The Elders observe that critical indices in the nation point to the need that all stakeholders in Nigeria should take stock and review the evolving situation in the country.

Amongst others, the National Christian Elders Forum observes as follows:

1.        There seems to be general apathy and indifference amongst Christians concerning glaring issues threatening Christianity and democracy in the nation. It would appear that the Church is suffering from self-inflicted ignorance about critical issues cropping up in the nation. The Christian Elders recommend that should be an intentional program of awareness and enlightenment amongst Christians on critical issues of the moment that affect both the Church and democracy in Nigeria.

2.      The Christian Elders strongly recommend that the Nigerian Church has no option but to unite and vigorously pursue a course of collective self-preservation. The current state of disunity in the Church weakens its ability to resist a well-orchestrated Islamist invasion in the country. The Christian Elders caution the Church, particularly those in Church leadership, from undertaking a presumptive dismissal of this admonition. “A stitch in time saves nine.”

3.       The Christian Elders wonder why in a divergent and pluralistic society, such as Nigeria, all the critical security institutions in the nation are headed by people from one section of the country. The Minister of Defense, the Director-General of Department of State Security (DSS), the National Security Adviser (NSA), and the Minister of Interior, are all from one section of the country and are adherents of the same religion. The Christian Elders decry the violation of the Federal Character principle in sensitive Federal appointments by the current administration. This discriminatory anomaly should be reversed without delay.

4.      The Christian Elders also observe with much concern the impression that is created in the Judiciary that only persons from a section of the country are qualified to be the Chief Justice of the Federation. That the Nigerian Judiciary has been garrisoned by a section of the country and a religion is no longer in doubt, however, the dismantling of this anomaly is expedient. Nigeria can only survive and thrive on a tripod of Justice, Equality, and Fairness.

6.      While the National Christian Elders Forum frowns at, and discountenances any move towards secession by any group in the nation, it firmly believes that the grievances of the agitators for Biafra Republic should be examined and the people should be given a fair hearing. It was noted that since the return to democracy in 1999, there has been no such widespread agitation until now.

7.      The Christian Elders appreciates the role of the media in the society and urges the media to accord topical issues in the nation a balanced report. The criminal attacks on Christian minority groups in northern parts of the nation should not be treated in manners that could be interpreted to imply media conspiracy. From the scale and consistency of the attacks, a well-orchestrated act of genocide is taking place in northern Nigeria.

8.      The National Christian Elders Forum enjoins all Christians in the nation to adhere to the Biblical injunction of “follow peace with all men”. While Christians are urged to remain peace loving and shun any act of provocation, it has become necessary to advise Christian communities to evolve means of “self-defense” to ensure self-preservation. The impunity and lawlessness with which religious extremists seek to exterminate Christians should be checked, more so, since the security agents seem helpless to apprehend these “unknown gunmen”.

Why the CBN Governor, Godwin Emefiele must be removed