Nepotism, a bane to Nigerian society – by E C Elombah 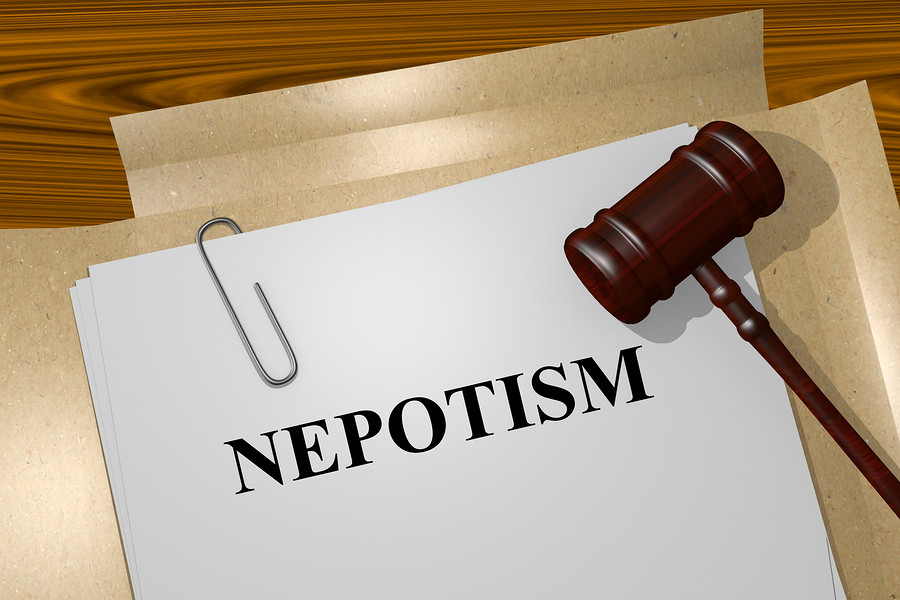 Nepotism can be defined as the showing of undue advantage by a person of high office based on family relationship. Such advantage can be political office, job etc.

By this definition, the person thus favoured does not qualify for it. The showing of favour to ones’ family relations in itself is not wrong.

That is called natural affection. It is love. Without it no one will exist because he has to be nurtured from birth to adulthood. Rather, it is the undue showing of favouritism that is herein condemned.

While showing love to those who belong to someone is not bad, certain pitfalls should be avoided.

If carried to certain extremes, the showing of favour to a relative or friend can lead to serious consequences.

Suppose that a bank manager employs a relation of his to his bank solely because he or she is his relation but he or she lacks the qualifications and experience, that will be detrimental to his bank because either the person is redundant or there will be errors in the operations of the bank.

The bank manager may do a better job showing his relation courses and training he or she will have to undergo in order to qualify.

This will require discipline on the part of the bank manager but it will be in the overall interests of his bank.

A person may have studied one of the Nigerian local languages in school but because the winds of change have found one of his relations in powerful position in government, he may ask him to place him in an economic position where he can earn much money.

Hence some causes of nepotism in the Nigerian society can be identified. Wide spread poverty makes some people seek to offer help to their friends and relations.

But when it comes to office positions that are not their personal property, care should be exercised.

Another cause of nepotism in the Nigerian society is poor education. Many families lack the wherewithal to send their wards and loved ones to the nation’s school system.

Also, the type of family system practised in regions of the world like this makes it possible for family heads to have more number of children that he can feed and send to school.

At best, they may send their children to Arabic schools that hardly equip them to earn a living.

Undue attachment to relatives can lead to nepotism. Many Nigerians decry corruption in public places. They also detest crimes.

But many people in high political positions often shield their relations from facing the full wrath of the law when they commit crimes.

Such people should realise that both those who commit crimes and those who protect them are punishable under law.

There are other attachments that are not family oriented that can lead to undue favouritism.

Undue religious attachments make many Africans to desire for their loved ones positions that are not due to them.

The type of Boko Haram is well publicised. It started when Goodluck Jonathan became president of Nigeria.

One would also guess that the true God is also a God of fairness and equity who treats non with partiality.

They may also need to remember that not all their members who have ruled this country have always met God’s requirements.

Also, as events have proved, Goodluck Jonathan’s regime would not always be. Another person would have to succeed him.

Tribalism makes some people to favour people that are only from their own region. They are full of fear of strangers.

Some people think that only people from their own area can do something well. They call other peoples names.

Some sad consequences of nepotism are well known. Others are subtle. Nepotism leads to conflicts.

Many acts of undue favouritism can be carried out over a short period of time.

Few acts can also be repeated over many years after which they become apparent. In either case, the sufferers eventually find out that they are being victimised. This leads to tension.

Unfortunately, as often happens in Nigeria, those who feel they’re born to rule are often reluctant to give up what they have been enjoying or to share political power.

Nepotism leads to stunted development. If the leader surrounds himself with those he favours because they’re his friends, relatives and tribesmen and avoids professional with experience in governance, the country will not progress.

Nepotism will only lead to the economic woes that are being experienced in the country. It abets moral decadence.

Any fight against corruption in the country cannot achieve full success if nepotism is carried on.

There’s Lack of Commitment to righteousness In Nigerians – Osinbajo

Statement by UN Sec Gen on release of 21 Chibok schoolgirls