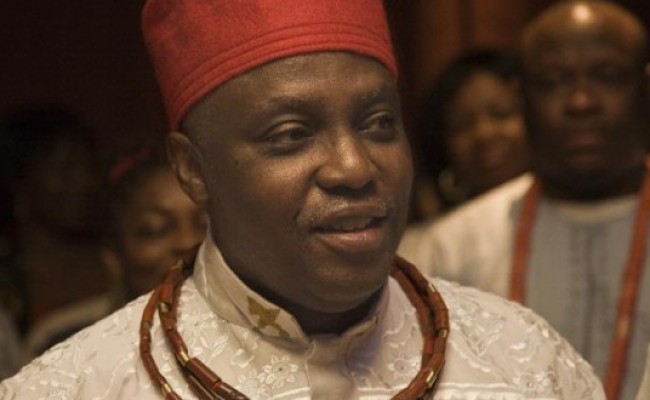 A new Oba of Benin kingdom has emerged. He is Crown Prince Eheneden Erediauwa.

The heir apparent and Prince Erediauwa, becomes the 39th Oba of Benin kingdom.

His ascension today marks the unending and unbroken chain of succession in the lines of Oba of Benin.

The Oba was born in 1953 he was educated severally in Nigeria and UK.

He holds a B.A in Economics and Sociology which he received from the University of Wales.

He is a member of the Nigerian Institute of International affairs [NIIA].

Like every other Oba before him, he has chosen a name unique only to him and which henceforth all the children would answer.

ABOUT THE BENIN KINGDOM

What came to the known as the Benin kingdom did not begin its existence as a kingdom in the sense of it being headed by a King or a Traditional ruler as it is known today.

It really began as a conglomeration of villages, each at which was headed by the eldest man in the community, who was and still referred to as the ‘’Odionwere’” or village head.

As time went on, these villages united for the purpose of security against external aggression or for commerce and the most powerful of the old people was said to have automatically assumed the supreme leadership.

This eventually metamorphosed into what was known as King or Oba in Edo language.

The first leader that emerged to assume the position of the king was referred to as an OGISO.

He was described as being from heaven (Oyevbegie No riso).

This is the origin of the title Ogiso which came to be the title of the earliest kings before the advent of Oromiyan, which gave rise to the Oba era.

The Benin kingdom was renowned for its military might as its frontiers were said to have gone beyond the geographical boundary at present day Nigeria to Dahome , (Now Republic of Benin).

The kingdom was also very renowned for its economic and administrative process.

These drew the attention of the European power to make an early contact with its people, many years before the colonial era.

Bronze artifacts from Benin kingdom are renowned worldwide and are to be found in the different museum scattered all over Europe.