Ngwa micro nationalism: A threat to Igbo and Abia unity

I call on Ngwa elders and politicians to preach peace and love to their youths and not hatred . They should let their sons and daughters know that all Igbos are one. 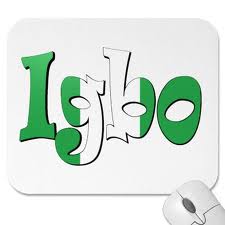 The Ngwa stock of the Igbo nation is a very vibrant group that is second to the largest in numerical strength in Igboland. They occupy a vast and verdant stretch of land in Igbo territory. The commercial nerve centre of Abia state is in Ngwaland .The Ngwas consider other Igbos especially their neighbours in the North as Ohuhu people. The curious reality about the Ngwa people is their endemic and deep-rooted suspicion and scorn over their other Igbo brothers, especially their Northern Ohuhu neighbours.

Why this is so is unfathomable. Even a child in Ngwaland is tutored to see himself different from his Ohuhu brother. In politics, socio-economic and cultural spheres, the Ngwa hardly appreciate their Ohuhu brothers. They always feel cheated or shortchanged by the Ohuhus even is the contrary is the case. They always think or made to think that the Ohuhus are responsible for their woes which are outrightly untrue.

Their Ohuhu brothers especially the ubiquitous ‘Ogbos’ from Abia North and of course the Igbos from Anambra and Imo states struggle hard for every penny they make in Aba. They made Aba what it is today. But for their entrepreneurial spirit, Aba would still be a glorified village till date. For most Ngwas, they would wish that the clock is reversed and everything and asset built in Aba by these ‘Ohuhus’ would become theirs overnight. But that cannot happen. Igbos generally are not lazy people and do not wait to reap where they did not sow. It will not, and should not be, different for the Ngwa stock of Igbos. They must key in to the general Igbo values of hard work.

Any Igbo group or stock that relishes in too much enjoyment of life and turn back to blame their woes on their other Igbo brothers will have themselves to blame.

The recent political brouhaha in the Abia state after the Appeal court upturned the victory of Governor Okezie Ikpeazu has once again shown the bitter disposition of the Ngwas on their other Igbo brothers. Their comments, utterances and actions since then have been very shuddering. They have the largest number of local governments in Abia state and occupy the major part of the state civil service.

There is no way they are shortchanged in Abia state as they claim. That they have not produced a Governor of the state until now is because we were majorly under military rule for a better part of our existence. There was nowhere the Ohuhus sat and decided that an Ngwa cannot be Governor of Abia state. They contested all gubernatorial elections in Abia state and ordinarily should have won with their acclaimed population.

The truth is that the truculent attitude of the Ngwas against their other Igbo stock , especially the Ohuhus will continue to affect their relationship with them. Their Youths and unborn children are the ones they are limiting their opportunities in life by this hatred syndrome. Other Igbo stocks will also begin to look at them somehow.

Unfortunately they often drag the innocent Ukwa people into this fray, especially when it suits their political whims. Yet this is the same Ukwa that is hardly featured in when the dividends of governance is on the table.

I therefore call on Ngwa elders and politicians to preach peace and love to their youths and not hatred . They should let their sons and daughters know that all Igbos are one no matter our idiosyncrasies .

Dick Izuorah is a public affairs analyst; he wrote from Abuja.