Communique Reached by the Niger Delta People’s Movement at the End of Its Meeting Held on Friday, 22nd January 2016; RE: NDDC, reverse Seminitari’s appointment, PMB advised 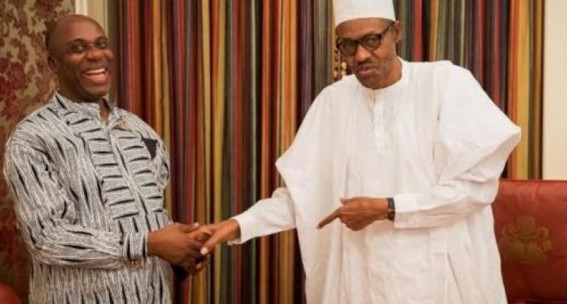 We have observed, over time, attempts by various supposed pro-Niger Delta groups to get President Muhammadu Buhari reverse his recent appointment of Mrs Seminitari as as the Acting Managing Director of the Niger Delta Development Commission (NDDC).

Most of these groups, we have noticed, had no existence before now and are likely phantom groups existing only in the imaginary land with one man running it from the comfort of his bedroom for the purpose of what are now known as stomach infrastructure.

As a true Niger Deltan group who doesn’t concern itself with frivolities, we would have ordinary ignored this trend. However, keeping quiet would be tantamount to leaving members of the public in perpetual ignorance, especially in the face of the recent release from a group which identified itself as the International Institute of Humanitarian and Environmental Law. Where it alleged, albeit ignorantly, that the President contravened some laws in Mrs Ibim Seminitari’s appointment.

In its arguments, the group quoted Sections 3, 4 and 5 of the NDDC Act. It also referred to Section 5 (1) (a) & (b) of the Constitution of the Federal Republic of Nigeria, 1999 as Amended. For the purpose of clarity, we wish to produce these provisions word for word:

2.    (1)    There is hereby established for the Commission a governing Board (in this Act referred to as “the Board”), which shall consist of-

(b)     one person who shall be an indigene of an oil producing area to represent each of the following member States, that is,

(c)     Three persons to represent non-Oil mineral producing States provided that such membership should be drawn from the remaining geo-political zones which are not represented in the Commission;

(e)     One person to represent the Federal Ministry of Finance;

(f)     One person to represent Federal Ministry of Environment

(g)    The managing Director of the Commission

(2)     The Chairman and other members-of the Board shall-

(a)     Be appointed by the President, Commander-in-Chief of the Armed Forces, subject to the confirmation of the Senate, in consultation with the House of Representatives.

(b)     Be persons of proven integrity and ability.

(4)    The supplementary provisions set out in the Schedule to this Act shall have effect with respect to the proceedings of the Board and the other matters contained therein.

3.    (1)     Subject to the provisions of section 4 of this Act a member of the Board, other than an ex-officio member, shall hold office for a term of 4 years at the first instance and may be re-appointed for a further term of 4 years and no more

4.     The office of the Chairman shall rotate amongst the member states of the Commission in the following alphabetical order.

5.    (1)     notwithstanding the provisions of section 3 of this Act, a person shall cease to hold office as a member of the Board if-

(a)     he becomes bankrupt, suspends payment or compounds with his creditors; or

(b)     he is convicted of a felony or any offence involving dishonesty or fraud, or

(c)     he becomes of unsound mind, or incapable of carrying out his duties; or

(d)     he is guilty of a serious misconduct in relation to his duties; or

(e)     in the case of a person possessed of professional qualifications, he is disqualified or suspended, other than at his own request, from practising his profession in any part of the world by an order of a competent authority made in respect of that member: or

(f)     he resigns his appointment by a letter addressed to the President, Commander- in-Chief of the Armed Forces.

(3)     Where a vacancy occurs in the membership of the Board it shall be filled by the appointment of a successor to hold office for the remainder of the term of office of his predecessor, so however, that the successor shall represent the same interest and shall be appointed by the President, Commander-in-Chief of the Armed Forces subject to the confirmation of the Senate in consultation with the House of representatives.

They particularly hinged their argument on subsection 3 of Section 5.

They interpreted the ‘interest’ in the context as meaning state of origin and claimed that the next Chairman of the Board is supposed to come from Akwa Ibom State so as to finish the tenure for that State, rather than Rivers State in the light of that provision.  While their first interpretation may have some iota of truth in it, their application of it is completely misleading and put a question mark on their acclaimed status of being a pro-legal body.

First, a holistic read of Section 5 will reveal that the section specifically addresses the issue of membership and not Chairmanship.

Section 2(2) referred to Chairman and members separately. It then means that their argument, if it will hold water, can only have bearing where a member is to be replaced and not the Chairman.

Secondly, the provision is applicable to appointments in a substantive board and not one in an acting capacity.

We therefore urge Mr President to ignore these detractors and attention seekers. The progressive minded people of the Niger Delta are in full support of the appointment of Mrs Ibim Seminitari, which contravened no law. In fact, we are surprised at the pace of work and utmost zeal on her part. The Commission for the first time, since its creation, is serving the purpose for which it was created.

The Ghost of Thomas Sankara and Abiola of June 12