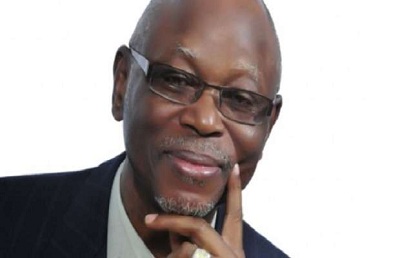 statements, reminding the people to be careful of those working for the interest of the Peoples Democratic Party (PDP).

The leaders also accused Kpodo and his associates of hatching evil motives aimed at dividing APC, destroying the solidarity and possibly provoking crises in the party.

In a statement issued by the Director of Communications of the Niger Delta People’s Movement, Mrs. Ibifuro Thompson Tatua, the leaders described as irresponsible the campaign of calumny by Kpodo.

The leaders who praised Chief John Odigie Oyegun for his honesty and bravery in the management of the party as well as his inclusive strategy, advised the national chairman of the party and former governor of Bayelsa State, Chief Timipre Sylva to look away from Kpodo and his friends and get on with important matters.

Appointment of Security Chiefs not subject to Federal character ~…

“In any system, there are always destroyers. Oyegun and Sylva should look away from these destroyers. Kpodo and his co – travelers are just executing a carefully designed plan to discredit Sylva and destabilize the party to further their selfish ends” the leaders said.

On calls to oppose the leadership of Sylva in the state, the leaders not only described Kpodo’s views as a display of outright malice and envy against Sylva but said Kpodo and his associates do not mean well for the party and the state.

“This is callous. This is certainly a provocative act. Bayelsans must condemn the evil machinations of Kpodo, his highly contagious anointing to lie and the satanic grace to mislead the people”.

The leaders also thanked the people for the confidence reposed on Sylva.

“We thank the good and peace loving people of Bayelsa State who have refused to be hoodwinked by the tissues of lies and propaganda being woven and dished out by desperate politicians and their sponsors” the statement said.

“Bayelsans are sick and tired of leaders whose only interest in politics is their pockets and that of their crooked and fraudulent clique at the expense of the masses” the statement added.

Appointment of Security Chiefs not subject to Federal character ~ Adesina

Buratai, your sack is not the end. You & Buhari must be tried by ICC ~ Reno…