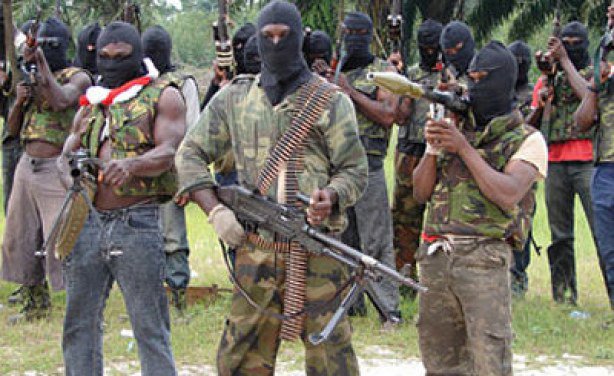 The Niger Delta group, Coalition of Niger Delta Agitators [CNDA], has declared that they will resume hostilities against the government.

To the effect, they have given date, September 10, for resumption of attacks on oil facilities in the region.

CNDA also insisted that the quit notice issued to Hausa and Yoruba in the Niger Delta still stands.

In a statement by its leader, John Duku, the group said, “Our intelligence department has given us the list of the oil wells owned by the northerners.

“Let me make a point here; the Academic Staff Union of Universities is on strike and the government has set up a committee to engage in a dialogue with ASUU.

“The only language the Federal Government seems to understand is violence . September 10 is the day we will resume attacks (on oil installations).

“By September 10, which is on Sunday, over 5,000 members of the Niger Delta Coalition of Agitators will shut down no less than over 20 platforms.

“We have not given anybody any mandate to withdraw the notice to quit we issued. On the group (PNDPC) talked about, we have said we are not working with this set of old people again. The composition of that group is not different from that of PANDEF.

“Already, we are talking with leaders of ethnic nationalities and if at the end, we reach a conclusion, we will make it public. Nobody will withdraw the notice on our behalf–we will do that.

“The fact is that those that announced the withdrawal of the notice are not the ones that issued it . We don’t know them.”

In another development, the coalition of Niger Delta militants, yesterday, withdrew the October 1 quit notice they issued to northerners and Yoruba living in the region.

The Pan Niger Delta People’s Congress (PNDPC), a new group that claimed to have the mandate to negotiate for the Niger Delta with the Federal Government and other interested stakeholders, said the issuers of the quit notice gave them the mandate to withdraw it.

The coalition had disbanded the Chief Edwin Clark-led Pan Niger Delta Forum (PANDEF) after passing a vote of no confidence in the group and constituted PNDPC as the new negotiator for the region.

The militant groups appointed His Royal Majesty Pere Ayemi-Botu, paramount ruler of Seimbiri Kingdom as the head of the PNDPC and named Chief Mike Loyibo as the coordinator/ convener of the group.

Loyibo, whom the coalition said was appointed following his track records of integrity and honesty, confirmed that the coalition mandated the PNPDC to announce the withdrawal of the quit notice.

He said the youths were remorseful after he and members of the new group met with them and told them the implications of the quit notice to the peace and development of the region.

Leadership: How Much We Missed The Mark ~ By Obi Ebuka Onochie