“Absence of sound industrial census in Nigeria is another shocking and provocative dimension to the country’s demographic roguery. This is why trade and investment policies of Buhari’s civilian administration are in disarray with no iota of hope.” 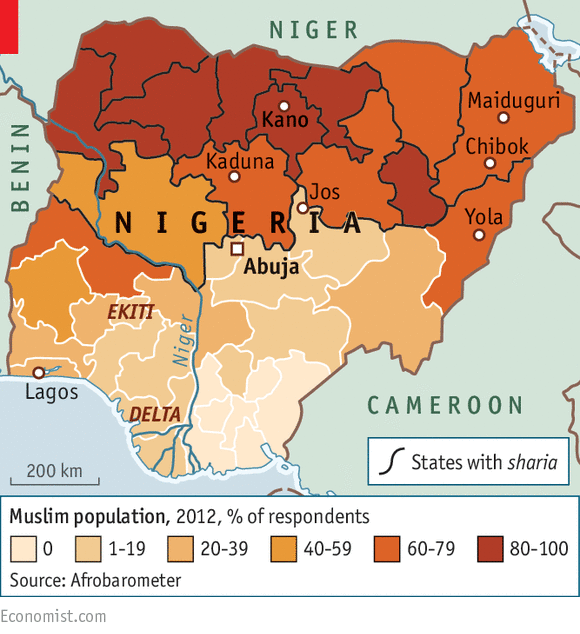 One of the social maladies, if not the worse, bedeviling Nigeria of present socio-political dispensation is lack of sound general census (population and industrial) and national planning. This is compounded by lack of visionary political leadership and statesmanship.

To the extent that on mere mentioning or appearance of a president of a country on international scenes; its national currency instantly loses value in money market; speaks of the enormity of the disaster of having a tinkerer as president; as opposed to other social climes where emergence of a visionary, thinker and statesman as president instantly leads to valuation of its national currency in money market and positive recoveries in its economy.

The number of Nigerians living in Diaspora is also credibly ascertained using sound population census.   Also soundly ascertained is the number of population or people occupying each square kilometer of landmass both in densely and sparsely populated areas of Nigeria. Creation and allocation of geographical and geopolitical entities like States, Local Government Areas, Senatorial Districts, Federal and State Constituencies as well as allocation of public human and material resources can only be appropriately and popularly allocated using sound population census.

It also importantly and appropriately guides export and import trade policies of the government. Through industrial census, PPP-engineered industrial policies of the government including industrial revolution; location, concentration or de-centralization of industries are aggressively pursued. Credible and sound industrial census also attracts huge direct foreign investments and remittances from enterprising Nigerians living in Diaspora and moves the country away from subsistent to mechanized industrialization and its policies. Till date, Nigeria’s 33 solid mineral deposits have remained substantially, if not totally subsistent and un-mechanized.

Through population and industrial census, public resources and development projects are appropriately allocated based on geopolitical and geographical population density and environmental considerations. Also through this, public wealth and debt per capita as well as population birth and death rates, among others are credibly ascertained. Population and industrial census is roundly important and serves as the fundamental foundation of economic, political (including securitization, electoral and criminal justice), environmental and cultural policies of the government.

The United States, for instance, is one of the world’s most ethnicized countries; yet its population has successfully been transformed into industrially creative and competitive generation. There are hundreds of thousands of industrial communities in the USA today. An example of industrial or creative community in Nigeria is Nigeria’s Movie Industry. The World Wrestling Entertainment (WWE) and the American Basket Ball Association (NBA) are two main examples of creative or industrial communities in the United States.

A creative or industrial community is that capable of producing forefathers and incapable of discriminating on the ground of sex, ethnic origin or place of birth or religious affiliation. For instance, there are many forefathers and non-Americans in the US Wrestling Industrial Community (WWE).  Creative and industrial community is also capable of earning national respect and protection as well as contributing to the individual and collective wealth of its mother country.

A brain creatively kept busy finds no time for primordialist and other socially incoherent conducts. A creative brain is a researcher who is busy bringing new things and ideas into life. This is the secret behind the exploits of the United States to the extent that its military thinkers few years back invented world’s fastest military aircraft that flies 2.7km per second.

Biafra Nations League warns over adduction of its members in…

Olowonihi Takes Over at EFCC Academy

It therefore saddens our heart that Nigerian territory had been operated without a sound general census for the past 63 years or since 1952/3. We are not aware, too, till date of any industrial census (whether sound or unsound) ever conducted in Nigeria till date. What can be called a population census figure was that of 1952/3 conducted by then British colonial authorities. Another attempt at conducting population census in Nigeria was that done in 1991 during the inglorious military regime of Gen Ibrahim Badamosi Babangida, which put the total population figure at 88.5million.

The 2006 population census organized by former President Olusegun Obasanjo, which gave Nigerian population size as “140 million”, was far from being credible. Apart from systematic exclusion of millions of Nigerians during the census, particularly the people of the rain forest and oil delta regions; there were credible reports of post census sectional manipulations by sectional and central powers that be; whereby figures of self-acclaimed born-to-rule States or regions were rapaciously inflated.

Shockingly, it is only in Nigeria that population of dry lands or semi desert are chronically greater than those of the rain forest. In all, the current population size of Nigeria being put at estimate of 170million-174million is totally unscientific, speculative and unreliable. There must be domestically organized general census to statistically ascertain how many Nigerians are leaving in the country, how many that leave outside Nigeria and how many leaving in the country as lawful and unlawful immigrants. On these the National Panning, political and economic policies of the Government must be laid.

Absence of sound industrial census in Nigeria is another shocking and provocative dimension to the country’s demographic roguery. This is why trade and investment policies of Gen Muhammadu Buhari’s civilian administration are in disarray with no iota of hope for Nigerian citizens in 2016. What is called 2016 Federal Budget Proposal lying before the National Assembly is nothing but “loan-based recurrent expenditure authorization document; waiting for certification before mastication”. A truly public oriented budget or budget proposal is that containing over 60% capital expenditures with 95% or more of its funding sources derived from non-borrowing or loan sources.

But a critical look at Gen Muhammadu Buhari’s budget proposal clearly indicates that it is a budget of neo-colonialism (filled with loans or borrowings) and legitimized profligacy. It is therefore not surprising seeing his new lenders including USA “applauding his anti-corruption drive”, in spite of the fact that a whopping sum of N795 Million ($4Million) is set aside in the controversial budget document to upgrade website of the State House alone. This is a compound fraud!  Fraudulent recurrent expenditure provisions contained in Gen Buhari’s 2016 budget document are incontestably graver than the so called $2.1Billion arms deal scandal.

It further shocks us as to rationale behind the unceremonious cancellation of the “2016 census exercise” by the Nigerian Population Commission and its National Planning counterpart. The NPC had last month announced, on presidential directive, the cancellation of 2016 general census and claimed that it had shifted it to 2017. This is not only against the Federal Government policy of conducting general census in Nigeria in every ten years; but also contrary to the United Nations guidelines for “national census of member-States to be held in every five-ten years”. Till date, no federal authority in Nigeria including the National Planning and the Nigerian Population Census authorities can boast of sound data as per the country’s population and industrial census figures. The number of illegal immigrants in the country is also publicly unknown till date.

In the United States, for instance, as at 2013, apart from its scientifically established population of 313 million, there were also 11 million illegal immigrants leaving in the country. But in Nigeria, its population had been managed using speculative, unscientific, unverifiable and unreliable figures for decades. Every aspect of Nigeria’s demographic democracy is roguishly and chronically manipulative.

One of the realities of these age-long demographic manipulation and suppressive policies in the country was the 2015 general elections where to the shocking of all Nigerians, millions of underage children, as young as nine years were registered as voters, issued permanent voters cards and allowed to vote in the core northern States; so as to shore up the northern population and maintain the age-long phantom northern population superiority over the southern part or rain forest region of Nigeria.

Possibility was also very high that during the election under reference, hundreds of thousands of illegal immigrants particularly from Niger and Chad Republics were allowed access into Nigeria and “Nigerianized” to vote in the said controversial poll. The 2016, by convention and law, ought to be Nigeria’s year of general census; but this has deliberately been stepped down by the administration of Gen Muhammadu Buhari in preference of retention of age-long status quo of demographic violence or suppressive policy.

We condemn unreservedly the unceremonious cancellation of the 2016 General Census by the civilian government of Gen Muhammadu Buhari. We strongly believe that Nigerians are tired of being sized and measured speculatively using international figures plotted and graphed by international demographic theorists. Nigerians should rise with one voice and insist on conduct of general census, which must include population and industrial counting.

It is the right of every ethnic nationality, religious body, male, female, child, infant, adolescent, youth, adult and elderly in Nigeria to be put in the know of their population size and be updated statistically on same in every five or ten years. It is also the right of every Nigerian not to be kept in the dark with respect to conduct of sound industrial or economic census in the country; which is a driving engine of industrial policies or directions of both the Government and the private sector.

Emefiele: Between a Rock and a Hard Place

Biafra Nations League warns over adduction of its members in Bakassi

Olowonihi Takes Over at EFCC Academy