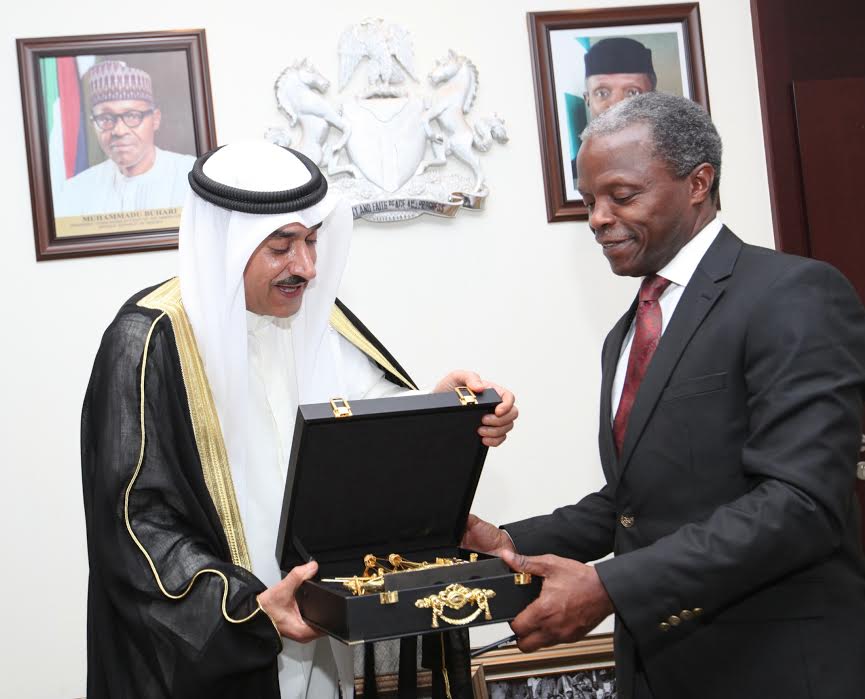 President Muhammadu Buhari is being represented this weekend in Abu Dhabi by Vice President Yemi Osinbajo, SAN, as Nigeria and the United Arab Emirates seek to build closer relationship and economic ties.

The Crown Prince of Abu Dhabi, who is also the Deputy Commander-in-Chief of the UAE Armed Forces, His Highness, Sheik Mohammed Bin Zayed Al Nahyan, extended an invitation to President Buhari as Special Guest at the Eight Race of the Grand Prize of Union Airways for Formula 1, organised by Abu Dhabi holding this weekend.

Considered as the biggest international sporting event in the Middle East, the race attracts wide global attention, and the presence of several heads of states and governments from across the world.

President Buhari held bilateral discussions with the Crown Prince during his visit to UAE earlier this year, securing a number of  agreements and offers of assistance from the Emirate including helping in the North East with the re-establishment of livelihood for IDPs. While in Abu Dhabi, Vice President Osinbajo will hold follow-up bilateral discussions  on this offer, and other issues of mutual economic and diplomatic concerns.

Prof. Osinbajo, who is accompanied on the weekend trip by his wife, Her Excellency, Mrs Dolapo Osinbajo and the Honourable Minister of State for Foreign Affairs Mrs. Khadija Bukar A. Ibrahim left Abuja this afternoon and is expected back on Sunday.