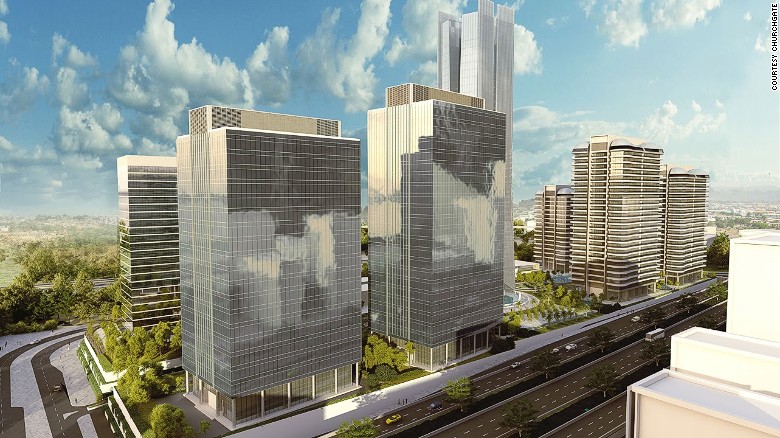 The construction of a new World Trade Center is nearing completion in Nigeria’ capital city, Abuja. The complex will offer business, residential and commercial

[Photo: Nigeria’s capital city of Abuja is about to get a new heart: a brand new World Trade Center complex]

The development is expected to open to the public early next year after the completion of the first phase of construction. It will join a network of 323 locations in 89 countries, started in 1970 with the inauguration of the first World Trade Center in New York City.

Funded by local and foreign financial institutions, as well as private investors, to the tune of 200 billion Nigerian Naira, or just over $1 billion, the WTC Abuja will be the largest mixed-use development in West Africa.

WTC Abuja has been under development since 2010, on a lot spanning over six million square feet in the Central Business Area of the capital.

The location offers easy access to the city center and the airport, with a dual-carriage highway surrounding the site and a new light rail system currently under construction.

1969: the non-profit, non-political organization is founded in New York

For business tenants, though, the most important connections will be those with the global network of 750,000 entrepreneurs that make up the World Trade Centers Association (WTCA).

“One of the missions of WTC Abuja is to improve trade relations between Nigeria and the rest of the world,” Vinay Mahtani, CEO of the site’s developer, Lagos-based Churchgate Group, told CNN.

“For example, it will enable international businesses to make investments in our community. Ties will be forged between government agencies, non-governmental organizations and international corporations, and the additional business that is captured within the walls of the World Trade Center will provide tax revenues to government which can be used to improve the welfare of the people.”

A city made to be capital

Abuja is Nigeria’s capital city, a role for which it was purposely built starting in 1976, much in the same way as Brasilia for Brazil and Canberra for Australia.

Its physical location in the middle of the country is a good metaphor for its neutral role of unity.

It is now the fourth largest urban area in Nigeria, with impressive growth rates.

Abuja replaced Lagos as the capital on 12 December 1991, although the coastal city remains the largest in the whole of Africa, when considering its massive metropolitan population of 21 million.

After a recent revision in the way it measures its GDP, Nigeria now boasts Africa’s biggest economy, having surpassed South Africa with a 2014 estimate of $568 billion.

With strong growth rates in recent years, Nigerian economy is flourishing, even though its reliance on oil exports — the country is Africa’s largest producer and the sixth in the world — makes it susceptible to the volatile nature of that market. 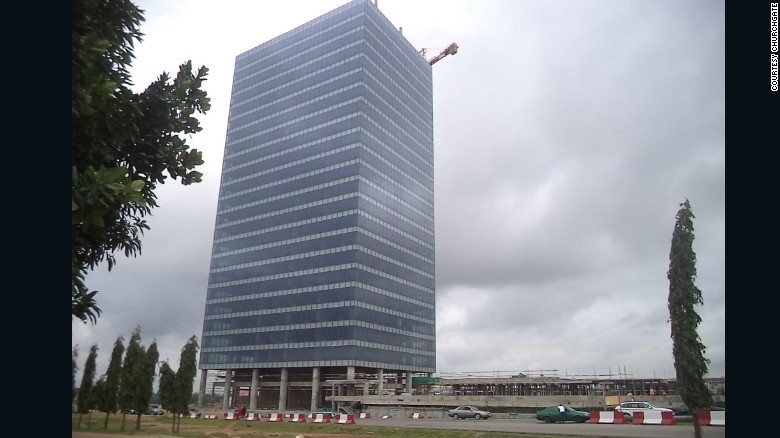 Initially projected to open in 2013, the WTC Abuja has gone through various design phases, and construction itself hasn’t been free of challenges.

“For example certain areas of the project have had to be redesigned as we repositioned ourselves in order meet the ever-changing consumer and market needs. We have also faced logistical issues such as congestion in the ports, which has meant our building materials arrived at site behind schedule,” said Mahtani.

Construction is now nearing the end of the first phase, which comprises the residential and commercial towers. The former will offer luxury apartments with modern amenities, while the latter will accommodate businesses of various sizes, with offices ranging from 100 to 1,440 square meters.

Future phases include the construction of a shopping mall and a 37-storey hotel, which will be among the tallest skyscrapers in the continent.

Nigeria, which has attracted the largest amount of foreign investment capital in sub-Saharan Africa since 2007, is set to gain international prestige from the development: “There is no doubt that Abuja and Lagos will benefit tremendously from high end ‎commercial and residential real estates,” Adekunle Salau, Ernst & Young Advisory Leader ‎for West Africa, told CNN.

“My expectation is that if this is executed to plan, Abuja will be able to host world class conferences and compete favorably with Johannesburg and Cape Town for international events.

“It may also moderate the cost of hotels and rents in Abuja, but more importantly it should add significantly to the economic development of the capital, creating employment in the service and retail sectors.

“The downside is that it can also be artificially priced, thereby continuing heat up the already high cost of Abuja properties and secondly, the amenities ‎may not be developed to the quality expected from the WTA brand,” said Salau.