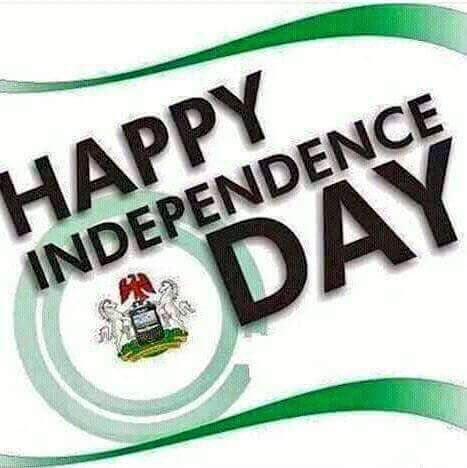 Nigerian flags were up for sale; it was a usual rite, just like other items of national value like the anthem, pledge, coat of arms etc. Our symbolisms are mere rituals.

Yet another Independence Day to mark with a sad pot of hope, optimism and, delusion. It is in this light that I reflected on the current fowl fight in the United States, President Trump vs. NFL players, the issue of fight being; should players stand for the National Anthem?

On the eve of another Sunday of professional football, President Donald Trump once again stoked the controversy over players taking a knee during the national anthem to protest racial inequality, proclaiming on Twitter that he wants them to stand.

“Very important that NFL players STAND tomorrow, and always, for the playing of our National Anthem,” the president said Saturday night. “Respect our Flag and our Country!”

Here in Nigeria, while I refrain from making comparisons, let me dwell on our peculiarities. We do not have a nation, we do not have a government, what we have are group of resilient people living together and band of rascals and gangsters imposing themselves on us. We climb the tree like the bushman and watch and hope they go away, because they have used poverty to rob us off our pride, our strength and our ability to express ourselves, we are an annex of the republic.

While our leadership is not exactly North Koreanic where the president eats all the good food, having all the wine and women to himself, and the only bread toaster in Pyonyang belongs to Kim Il Jung’s household! We are not any better with the treatment meted out to us by our elites.

There are no guarantees anymore in the Nigerian project except that like in the Roman Catholic parlance there is no room for divorce in this union at least yet.

With every sense of responsibility there is no remedy in sight and this is scary. Many new generation Nigerians today live the routine, private school for their kids from start to finish, private hospitals, private this and private that…they literally owe Nigeria nothing.

As a nation we have at best remained toddlers, trying to grasp with the realities of time. Indonesia has overtaken us, Ghana is racing past us, Togo and Benin inclusive, now we go to China, and India to learn one thing or the other, asking for one help and another…Jordan just donated military hardware to us, and our own Defense Manufacturing outfit, has simply remained an outfit.

We don’t even know where we will be when we are 100. A government that is largely overwhelmed by the task of handling citizenry, as a people we are not asking for government to provide wives and children for us, but even the task of providing good governance has been an uphill task.

The Abba Kyaris of the Nigerian police never acted alone: They are…

Buhari’s Terrorism and How Kanu Jumped Bail: Setting the Records…

Taking us down memory lane, I recall those days that the National Pledge was the first song one learnt in school and how we were trained to standstill even if the earth was collapsing, I recall going on an errand for my mother and had to stand for close to three minutes to observe the National Anthem in its entirety, even when it was barely audible to me from the distance it was being played.

They get an education without patriotism, and do we blame them when it was in this dispensation that Ambassadors select could not recite the entire National Anthem off hand and to imagine they were going to represent this nation outside her shores is simply the naked dance of masquerades in the village square.

These days there are very few things that give us a sense of patriotism; we are engaged in the struggle for power and the largesse that comes with it. The principle driving force behind the ‘it is our turn policy is not equality, equity, fairness and justice but a rotational chopping of the National cake that has refused to finish, one which we care less about how it is baked and who bakes it.

If as a nation we had a pittance of respect for the National pledge we would not be the way we are, our leaders will not take us for the present circus ride they are doing right now…the first line of the Pledge states “I pledge to Nigeria, my country”…Have we as a people accepted Nigeria as a country beyond the gallery display, is there a sense of commitment to the Nigerian project both by leaders and the led beyond what we will chop? Even if we have Biafra, Odua, Arewa, Niger Delta, Middle, Lower and Upper Belts, the mentality largely will remain the same.

To you reading me, take a pause at this point, recite the National Anthem at one call, did you make mistakes with the lines, did you believe those words or you just recited them like the Old roger that is dead and gone to his grave poem they teach pupils in nursery schools, does the words sound to us like Edris Abdulkarim’s Nigeria jaga jaga, do we really have a pledge to this nation? Our leaders have not pledged to the nation, they only owe their pockets, enriching their immediate families, even some of us critics is it not because we were denied part of the bounty that we cry foul, is it because we really have pledged to Nigeria.

The pledge demands faithfulness, not hope, it involves loyalty not betrayal. It asked very little, that a man, a woman that has the Nigerian blood flowing in his/her veins should be faithful to his job as a civil servant, as a contractor, it asked for loyalty to the office one occupies, loyalty to the people that you are serving and the institutions, not to any paymaster.

In schools are we teachers honest in our deals with female students, are we not unfaithful by plagiarizing those textbooks as handouts when all we need do to uphold the pledge was to write our own well researched books. Our leaders have thrown faithfulness to the dirt and the led and ruminating the dirt-bin.

The National Pledge requires service with all our strength; instead from Councilors to the President, we tear the nation apart with strength and vigor in terms of corrupt practices, with everyone eager to break the record of his predecessor.

At 57 is there hope for Nigeria so that we can have a narrative such as this; “a man who calls his kinsmen to a feast does not do so to redeem them from starving. They all have food in their own houses. When we gather together in the moonlight village ground, it is not because of the moon. Every man can see it in his own compound. We come together because it is good for kinsmen to do so. Therefore let us continue with the team spirit and enjoy the power of togetherness. Let’s smile not because we don’t have problems but because we are stronger than the problems”, are we really stronger—only time will tell

Gov Bindow Describe Atiku As A True Son Of Adamawa

Buhari’s Terrorism and How Kanu Jumped Bail: Setting the Records Straight — By…

In 2003, south-east voted for Obasanjo against Ojukwu – why? — By Fredrick Nwabufo