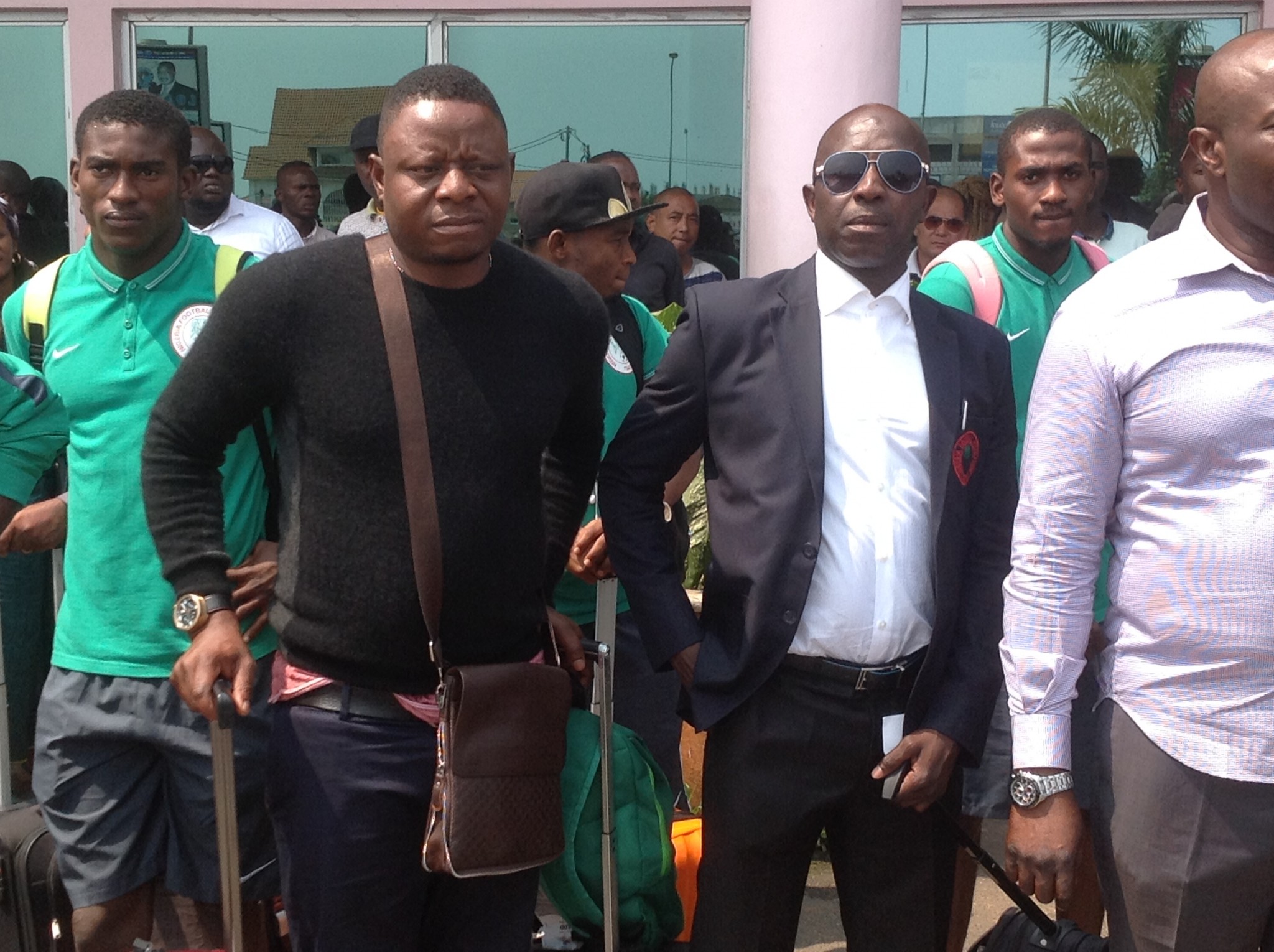 *Plane engine was not lost – ARIK*

The U-23 National Team delegation has arrived in The Gambia for a 10 –day training program ahead of the 2nd Africa U-23 Cup of Nations taking place in Senegal.

Thenff.com learnt that the ARIK Air aircraft conveying the team from Lagos lost a tyre on landing at the Kotoka International Airport, Accra. The airplane that was on ground in Accra was then deployed for the purpose of flying the team to The Gambia, but that also lost an engine on take –off and the pilot had to make a quick return.

However, ARIK provided another aircraft that flew the delegation to The Gambia through Dakar.

Before departing the shores of the country on Sunday morning, NFF 2nd Vice President/LMC chairman, Shehu Dikko, charged the players and their officials to do the nation proud at the Africa U-23 Cup of Nations, where Africa’s flagbearers to the men’s football tournament of next year’s Olympics will emerge. 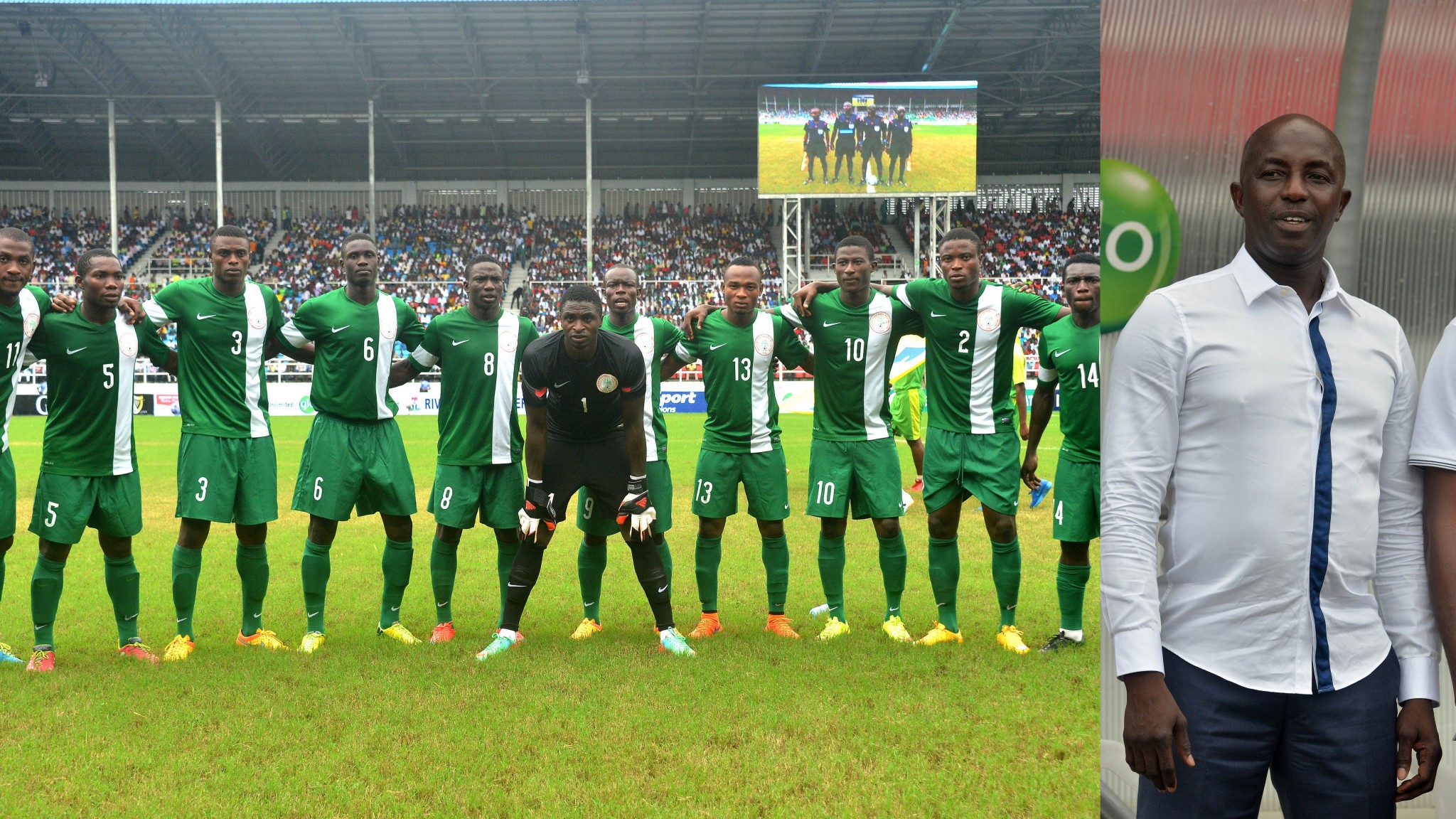 Pledging that the NFF would ensure a comfortable stay for the team in The Gambia and the championship in Senegal, Dikko charged the team to put Nigeria first and ensure qualification for the Olympics taking place in Rio de Janeiro, Brazil next year summer.

“Some of the challenges you guys are facing now is as a result of some changes in the financial regulations in the country, but in a little time, we will be able to resolve all that and your welfare and comfort will be priority.”

Although he regretted that many of the players from the NPFL would not be taking part in the last games of the season, Dikko urged them to consider it as part of the sacrifice they haves to make for the nation. “In times like this, all of us must make sacrifices, I know most of you here would love to play for your clubs, but the reality is that it will not be possible as this is national duty you guys are involved in and as such we must put the nation first.”

Responding, Coach Samson Siasia thanked the NFF for sending a top member of the executive to se‎e the team off, assuring that they would not be deterred by any difficulty they are going through right now, and that the team is poised to pick an Olympic ticket for the country.

Meanwhile, Coach Siasia has wielded the big stick by dropping Kingsley Sokari, Nzube Anaezemba and Daniel Etor for what he termed indiscipline.

Siasia said the players were sent packing after they requested to leave the camp to go for their Club’s (Enyimba) last NPFL game of the season against Sunshine Stars in Lagos, even after he (Siasia) had told all the players they could not leave camp.

“I feel bad in taking this decision, but discipline must be maintained for us to achieve success in Senegal. All players in camp were told not to leave camp as the team would be traveling this weekend to The Gambia for pre –Championship training, only for these three players to come and ask to be allowed to go play for their club as they wanted to be part of the victory parade. I had no option but to allow them leave and also in the process, leave them out of the team.”

Siasia then wished them well in their pursuit of club glory, while urging them to wish the national team well.

FIFA U-17 World Cup record goal scorer, Victor Osimhen, who was invited alongside three of his victorious team -mates, joined up with the U-23 team to The Gambia.

Meanwhile, ARIK Airline has explained that its aircraft that was flying Nigeria’s U-23 team to The Gambia on Sunday did not lose an engine on take-off from the Kotoka International Airport, Accra.

Banji Ola, the leading airline’s Public Relations and Communications manager, told thenff.com on Sunday evening that “the captain saw an indication light and as a precautionary measure, he had to make an air return. It was not a case of lost engine.”

The clarification became necessary following reports that the airplane, which had been deployed to fly the team to The Gambia following the incidence of lost tyre by the aircraft that had flown the squad to Accra, had lost an engine 10 minutes after take-off.

“There was no case of lost engine. It is true that the one that flew the team from Lagos lost one tyre while landing in Accra. As for the other airplane, the pilot only saw an indication light and made an air return as a precautionary measure.

“We immediately made arrangement for another aircraft to fly the team to The Gambia.”

The Nigeria U-23 delegation has since arrived and settled down in The Gambia, where the team will undergo a 10 –day training program ahead of the 2nd Africa U-23 Cup of Nations starting in Senegal on November 28.

Cancer and the rest of what we cannot refuse