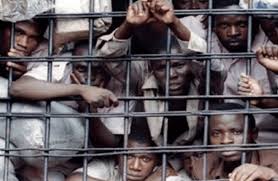 NAN reports that the PSF bi-monthly meeting is organised by the Institute for Peace and Conflict Resolution (IPCR) in collaboration with Civil Society Legislative Advocacy Centre (CISLAC), with support from Nigeria Stability and Reconciliation Programme (NSRP) ongoing in Abuja.

According to a statement signed by Prof. Oshita Oshita, Director-General IPCR on Wednesday, the PSF made the observation while delibrating on conflict and security matters.

The forum, he said, described as worrisome condition of inmates in the Nigerian prisons.

He added that the forum also enjoined state governments to support efforts of the federal government by providing necessary logistic support to the NPS.

The director general added that the forum also resolved to join hands with the Kaduna Government in finding lasting peace in the state, especially in the brewing insecurity in the southern part of the state.

The forum further commended the Nigerian Military and other security agencies for their sacrifices.

Buhari Remains A Hero Even In Sickness – By Jude Ndukwe