Public universities cannot be sustainably funded under such policies. And with the trend at which they are continuing, the boundary between them and the private universities may disappear sooner or later. 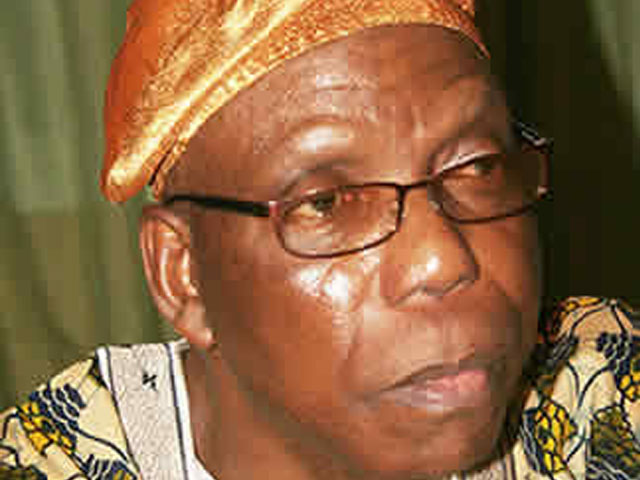 Before we proceed to digest the topic at hand, it is inevitable to note the contemporary knack for quantity at the expense of quality that dominates and generally defines our tertiary education sub-sector in particular and the education sector in general. We now boast of many universities that largely fall short not only of international standard, but even of African standard.

The number of federal, state and private universities operating in Nigeria and registered by the Nigerian Universities Commission [NUC] stands at about 130 which rose from 51 in 2005. However, from 2005 to date, none of any of the Nigerian universities managed to make it into the top 500 of the yearly world’s universities ranking even once. In fact, according to an analysis by Premium Times, in the top 800 of the latest rankings, only 1 Nigerian university is present, which is the University of Ibadan, occupying the 601st position.

Even this cannot be seen as an achievement because of the fact that, there are 6 other African universities in the top 500. Whether we accept or reject these rankings, we can’t deny the fact that the continuous flocking of Nigerian students to countries which had few or no any recognized university as at 1948 when University of Ibadan was created or 1962 when Ahmadu Bello University Zaria was created, is a clear testimony to the dwindling quality or unattractiveness of our tertiary education.

Further proof to this is the fact that one hardly finds students from other countries coming to Nigeria for tertiary education. Despite all of this, we still have an unprecedented knack for more universities while in reality some need to be scrapped or merged with others.

Coming back to our main topic, the issue of funding is one of the major problems being faced by Nigerian public universities. In fact, it is one of the primary reasons why our universities have failed in many respects to adequately compete with their international counterparts. Poor funding has been directly or indirectly responsible for the poor standard of tertiary education in the country. Nigerian public universities primarily depend on government for funding with different internally generated revenue policies and systems serving as complementary source.

With inadequate funding from the government, many universities rely on aggressive and in many cases, easy and exploitative revenue generation methods to make up for the funding gap. Some of these methods tend to portray the universities as revenue generation agencies rather than institutions of learning. In a bid to bridge the wide funding gap, many Nigerian universities have resorted to charging exorbitant and in some cases ridiculous application, processing and registration fees for their undergraduate and more significantly post-graduate programmes. Such exorbitant fees are been hiked regularly with any slight opportunity. These have partly contributed in making tertiary education very difficult and virtually impossible for the poor Nigerian.

In some universities, students are forced to pay high sums for the use of facilities which are built and maintained by public money. In many cases for instance, students opt for private hostels instead of the university hostels which are more expensive. Some sort of unnecessary fees that hitherto seem strange to many universities are now introduced. These include acceptance fees after admission, aptitude test fees for post graduate admission, post UME and Direct Entry fees and some other fees that give easy revenues. The list of fees is growing periodically and they vary from one university to another. All these are in most cases in return for poor services.

In many universities, students are made to pay registration fees at faculties and departments apart from the central registration fees. The central registration component in itself contains many ambiguous items and provisions which a student may never use or need and yet labelled non-refundable after payment. Apart from all these fees, whenever there is an excursion, practical sessions, research theses defences or special activities, in many cases students are asked to pay or fully sponsor themselves. Penalties in most universities have been reduced to financial. Defaulting like late registration, incorrect registration and change of courses are punished with monetary fines.

With these sorts of easy, unearned and exploitative revenue generation policies, many Nigerian universities are tilting towards commercialization. At an era when education is fast becoming a human right and many countries are working towards giving it completely free to their citizens and universities across the world are offering fully-funded scholarships, our universities shouldn’t be operating like this.

It is true that some of these revenue generation policies are not only exclusive to Nigerian universities, but it’s hard to find public universities in other countries that foist these exploitative charges on students that are their own nationals. May be they can do such on foreign or special categories of students. Some may also argue that these revenue generation policies are carried out with good intentions and are in some cases adequately utilized for capital and other projects in order to facelift and develop the universities. But, should the end justify the means? If universities must develop, then it should never be at the expense of the students, which they were established to serve in the first place.

What is the way out? One thing is starkly clear not only in Nigeria and the developing world but even in the developed world; universities cannot rely and grow from public funding. They must think out of the box on how to generate revenues without exploiting anyone, let alone their own students.

Universities are not only teaching and learning centres; they are also centres for research and innovation- a major component virtually missing in most Nigerian universities. Nigerian universities can work round the clock to make break-through in researches and innovations which they can sell for millions of Nairas and Dollars to private individuals and corporate organizations. Universities can set up consulting centres or units with a bulk of its academic staff serving as quality and reliable consultants. This will attract a lot of revenues to the universities. Universities can design executive courses, trainings, seminars, programmes and workshops for entrepreneurs with the dual objectives of innovation and revenue generation. They can also write and publish books and journals, set up and properly maintain standard printing presses and book shops that provide quality services to the public.

As is common with many agencies, corruption and mismanagement is surprisingly also responsible for wastage of resources in many Nigerian universities. The universities managements must in addition to the prudent management of scarce resources, block leakages and wastages to pave way for a corrupt-free university system. A typical example is how some university staff use public facilities to do external work and don’t remit earnings from these works to the management. Revenues can be saved from this.

The federal and state governments in collaboration with the university managements can work to make the universities attractive especially by improving standard and publicity, so that international students would find them worth to study in. With this, the extra fees charged foreign students would increase revenue. This will also keep Nigerian students to study in Nigeria and the large sums of monies they use to study abroad will be used to develop our universities here.

The Federal Government should stop issuing licenses to many of the private universities largely considered incompetent. Alternatively, they can make special legislations and provisions for them to function as units, schools or faculties that offer special courses in public universities, with such universities supervising and internally regulating them. In turn, they pay a percentage of the proceeds they make from those courses to the host university.

The need for Nigerian universities to migrate away from some of their revenue generation policies is imminent even though it can only happen gradually with other alternatives being introduced and tested. In as much as public universities may want to generate revenues, they should consider their integrity in the short-run and reputation in the long-run.

Public universities cannot be sustainably funded through such policies. And with the trend at which they are continuing, the boundary between them and the private universities may disappear sooner or later.