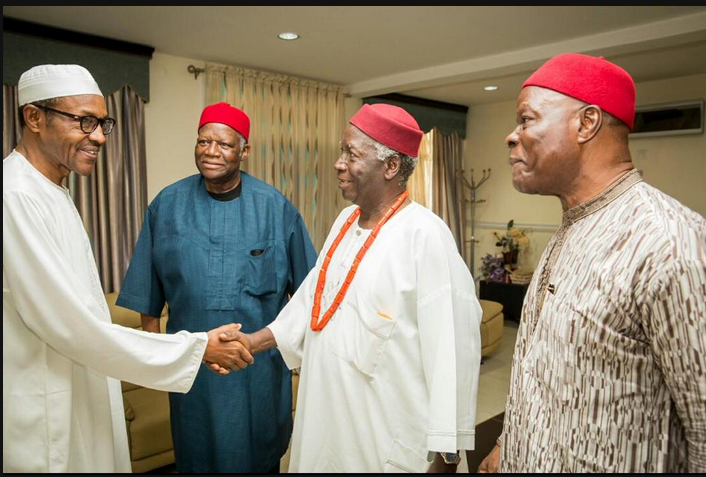 The Spanish chapter of Ohanaeze Ndigbo has called on Nigerians at home and abroad to support the administration of President Muhammadu Buhari to achieve his mantra of change.

The President of Ohanaeze Ndigbo (Spanish Chapter), Chief Ugochukwu John Nduwuisi and Vice President, Chief Ferdinand Ezejiofor Akpusi, in a statement in Abuja, appealed to all Nigerians including Ndigbo at home and in the Diaspora to support and work collectively with Buhari’s administration to achieve a greater, safer and better Nigeria.

The group acknowledged the industrious nature of Ndigbo whom they described as respected worldwide and law abiding, urging them to “be patient with the present administration and unite for the progress and development of Nigeria particularly the Igbo race.”

They said that Ndigbo in the Diaspora, particularly those in Spain have been collaborating with their hosts to bring home economic investments, joint mechanised farming ventures, education and cultural integration for the mutual benefit of the two countries.

The organisation also announced the date for the Igbo Day Celebration in Madrid, Spain.

The event has been scheduled for October 24, 2015 in Madrid and would showcase Igbo culture and tradition which would be presented to the entire African and European communities in Spain.

Ohanaeze Ndigbo (Spanish Chapter), has been vocal in drawing the attention of the marginalisation of the Igbo race in the affairs of the country.

The group had also informed former President Goodluck Jonathan to immediately relieve his Special Adviser on National Assembly Matters, Senator Mohammed Abba-Aji of his position over inflammatory comments that there would be no vacancy for Ndigbo in 2015.

The organisation had described the comments as capable of overheating the polity and truncating Nigeria’s democracy.