Nigeria’s Ebele Okobi among most influential black people in UK 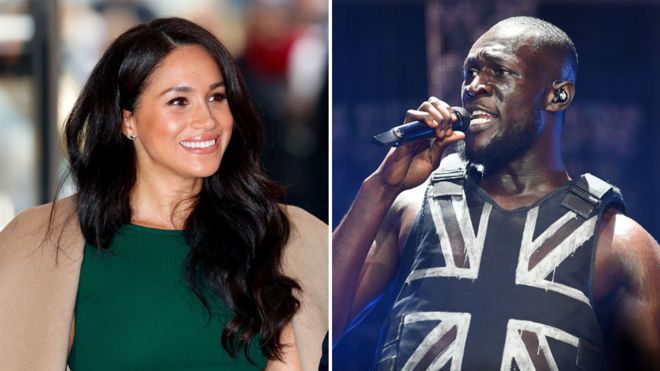 Ebele Okobi, Stormzy, Meghan Markle and Raheem Sterling have been named as some of the most powerful black people in the UK.

Ismail Ahmed, who is the boss of money transfer firm WorldRemit, is number one on the list.

Described by some as ‘secretary of state of Facebook’ for the African continent, lawyer Ebele’s official title is Facebook’s Public Policy Director, Africa.

Based in London, she spends most of her time jetting between African countries – when the Democratic Republic of Congo shut down the internet during political protests in 2016, Ebele flew to Kinshasa to persuade the authorities of the importance of internet access. When Facebook founder and CEO Mark Zuckerberg visited Africa for the first time, it was Ebele who stood next to him and Nigerian president Muhammadu Buhari.

Ebele has spent her career fighting for internet freedom and online privacy. She was previously the founding Global Head and Senior Legal Director for Human Rights at Yahoo, where she led global efforts to address the legal and policy issues related to privacy, free expression and access.

Before that she was a corporate lawyer at Davis Polk & Wardwell in New York, Paris and London; a consumer rights policy attorney at Consumers Union in San Francisco; a senior director at Catalyst in Silicon Valley and Amsterdam; and an MDP in Nike’s EMEA headquarters, where she created marketing, corporate responsibility, and business development strategy for Sub-Saharan Africa.

In 2001, she took a sabbatical to volunteer for human rights organisations in the US and Senegal.

Ebele was a founding board member of the Global Network Initiative, is a life member of the Council on Foreign Relations, and serves on the advisory boards of Women in Technology in Nigeria and TipHub.

She earned a BA from the University of Southern California, a Juris Doctorate from Columbia Law School, and a Certificat des Études from HEC-Paris.

Ebele is now in the midst of creating Junior Achievement Africa, a global non-profit group dedicated to empowering young people to own their economic success, and to getting more African women on boards.

The Powerlist highlights 100 people with African, African-Caribbean and African-American heritage who are considered influential.

Other famous names on the list include Idris Elba, Anthony Joshua, Dina Asher-Smith and Naomie Harris.

Ismail Ahmed set up his firm in 2010 using compensation from the UN for exposing alleged corruption.

It is designed to help migrants send money back to their friend and families.

He said: “It is a real privilege and honour to win this award. When I was growing up in Somaliland, I saw how money sent back home by migrants could transform the lives of individuals and entire communities.

“When I came to London to study and started to send money back home, I was frustrated by the inconvenience and cost of transferring money through traditional agents.

He then made it his mission to “find a better way” to make that process as efficient as possible.

A panel chaired by retired High Court judge, Dame Linda Dobbs, selected the Powerlist 2020 – which is in its 13th year.

It is designed to celebrate those at the top of a wide range of industries including business, science, technology and entertainment.

Only the top 10 names are ranked. Meghan Markle was named in the public, third (non-profit) sector and education group but is not listed in the top 10.