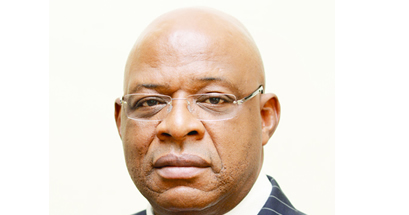 A Federal High Court sitting in Ikoyi, Lagos and presided over by Justice Rita-Ofili Ajumogobia was told that a former Director General of the Nigerian Maritime Administration and Safety Agency [NIMASA], Raymond Temisan Omatseye actually approved the procurement of Black Berry Smart phones to a company that was not pre-qualified for the contract.

Mr. Temisan is being prosecuted by the Economic and Financial Crimes Commission [EFCC], on charges bordering on contract variation and bid rigging.

In a  cross examination, EFCC counsel , Godwin Obla, SAN, told the court that even though a shortlisted company,  Marine Gold Services bided for the phones at the cost of  N84million, Omatseye gave his approval to Daniel Holdings Limited at an inflated rate of N129million, even though the company sent in a bid for N100 million.

But Omatseye quickly informed the court that the contract was eventually cancelled.

Obla further told the court that contrary to Omatseye’s claim, that he wasn’t privy to the document that stipulated the various threshold allowed a Director General by the Federal Government, a circular dated March 11, 2009, which emanated from the office of the Secretary of the Government of the Federation was circulated to that effect on a date that preceded the contract award dates.

“The heading on this document reads: IMPLEMENTATION OF APPROVED REVISED THRESHOLD FOR SERVICE-WIDE APPLICATION TO THE FEDERAL MINISTRY OF PETROLEUM FOR EXPENDITURE RELATED TO THE NIGERIAN NATIONAL PETROLEUM CORPORATION, NNPC, PROCUREMENT METHODS AND THRESHOLDS OF APPLICATION AND THE COMPOSITION OF TENDERS BOARDS.

“The witness told the court that he became aware of his threshold as Director General in August 2010, but the circular was in 2009; that is why I am bringing it in as exhibit and cross -examination gives me the opportunity to do that. This document therefore being a certified true copy, I therefore tender it in this matter.” Obla said.

The court then admitted the document as exhibit.

But Omatseye’s response was “I do not have it”. Obla then asked Omatseye “Do you know that if you do not advertise properly for others to participate appropriately, you have rigged the bid?”

Omatseye insisted that he ensured that extant laws were followed and that due processes were observed. “We ensured that everything went publicly”, he said.

When asked again if he got the approval of the Parastatals Tenders Board or the Ministerial Tenders Board, Omatseye again responded that he did not. “No, I did not” he said.

Justice Rita-Ofili Ajumogobia then adjourned to December 8 and 9, 2015, for the prosecution to conclude its cross-examination and for the defence counsel Barr. E. D. Onyeke to re-examine the witness.

EFCC: Read what Magu said as he takes over from Lamorde

History Beckons: Setting the agenda for Minister of Justice/AGF