“Holding Nnamdi Kanu against his will is akin to what happens in banana republics – disagree with the president and you get canned and they throw away the keys.” 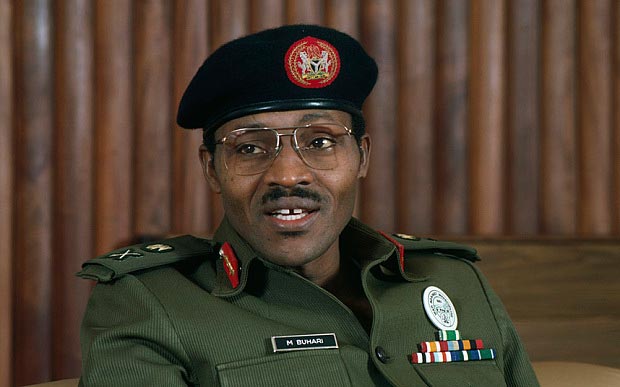 Thirty Two years ago, a young, Major-General Muhammadu Buhari, in a military coup overthrew a legitimate Nigerian Civilian Government. He superimposed himself as Head of State of Nigeria on January 2, 1984.

The Nigerian Constitution classifies as treason any act with “intention to remove, during his term of office, otherwise than by constitutional means the President as Head of State of the Federation and Commander-in-Chief of the armed forces.” Until date, Mr. Buhari has hardly faced any questions about his overthrow of a legitimate Nigerian government.

Rather, than an apology to all Nigerians for overthrowing their government, Mr. Buhari was emboldened to seek the office of the Nigerian Presidency four times. No one ever challenged these unlawful attempts. However, Nigerian history recorded the imprisonment of Chief Obafemi Awolowo, for treasonable felony.” Obasanjo, a former Nigeria president was incarcerated for alleged participation in an aborted coup.

Both leaders are of Yoruba descent and have at least been questioned by the law for implication in attempted government overthrow. But Buhari, of Fulani descent, has never been mentioned in the same breath with a treasonable act, let alone being charged or jailed for overthrowing a legitimate Nigerian government. Yet he was left to run for and finally became President only now to turn around with his secret police to hold an innocent man, Nnamdi Kanu, in custody for no reason other than free speech!

Evidently, the President appears to feel above the Law or disrespectful to the Nigerian Constitution. Neither of these situations are redeeming to any Presidency of Nigeria. The Nigerian judiciary have looked at Nnamdi Kanu’s issue and acquitted him, but apparently this President still figures he can hold a person hostage, if he doesn’t like their face, their ethnicity or even if one looked at him cross-eyed.

It is easy to just manufacture a reason for treason to hold any Nigerian in custody. That is why Nnamdi Kanu is still held in jail. This is how it is in banana republics; usually their tin pot militarized dictators start with an Authoritarian style of track, detain and possibly execute. The expectation is that, Nigeria, the giant of Africa, has advanced to more civilized governance than a repressive one.

Remarkably, as Buhari ran for Presidency, in a speech in London at Chatham House and what now appears as faux humility, he said “I cannot change the past. But I can change the present and the future. So before you, is a former military ruler and a converted democrat who is ready to operate under democratic norms and is subjecting himself to the rigors of democratic elections for the fourth time.”

With that speech, Mr. Buhari showed recognition of democratic ideals but obviously, talk is cheap. One of the primary “rigors of democracy” is obedience to the laws, the constitution of a nation, which democratic presidents swore to uphold, even when that law does not favor them.

Holding Nnamdi Kanu against his will because he said things about Biafra which the president does not like is akin to what happens in banana republics – disagree with the president and you get canned and they throw away the keys.

Most importantly what Nnamdi Kanu said, not did, pales in the face of the President’s past activities against the laws of Nigeria. Overthrowing Shagari’s government was treasonable and that is a fact; facts are stubborn things and don’t go away easily. Mr. Buhari found it convenient to challenge elections within the Nigerian judiciary even after overthrowing a legitimate one.

It is also a fact that the courts have tried Mr. Kanu and found him not guilty, while Mr. President is yet to be fingered for treason even with this faux conversion to democracy and admission  being a “military ruler’. Disrespect for the Constitution of Nigeria and disobeying the laws is not a requirement neither a qualification for conversion to democracy. Once upon a time, this President even engaged in a “war against indiscipline“.

At that time, it was always a wonder if it was not an act of indiscipline to overthrow a legitimate civilian government, because one was armed and in uniform; and now to disobey the very laws of the land, the Constitution, he swore to uphold only eight months ago, as President of Nigeria. Just in case this fact is lost on the President, respect for the laws of Nigeria, as dispensed from the judiciary, is respect for the Constitution.

Corruption is not only financial; President Buhari also outlined corruption on his radar screen. One cannot run with the hare and at the same time hunt with the hounds or possibly the “baboons”, to borrow from the Buhari lexicography. This makes his Naira to Euro democratic conversion, at Chatham House, deeply circumspect and asymmetrical.

In the same mea culpa, the President said that he cannot change the past (supposedly the government overthrow and indiscipline) but can change the present and the future. No wonder the expectation as he was elected, that some Nigerians saw coming, a miracle man of god! But as we go to press, Nnamdi Kanu is still languishing in jail for no crime. That is definitely an ungodly act, anyway you cut it.

The future that Nnamdi talks about is Biafra, and is the same future the President is deathly scared of. The injustices of Nigeria as is now perpetrated to Nnamdi Kanu and a whole lot of other Nigerians are the fuel driving Biafra; just holding Nnamdi in jail is not going to stop the cry. Martin Luther King said, “Injustice anywhere is a threat to Justice everywhere” and now injustice is playing, as they say in Nigeria in, “our very before’. Nigerians must not let that stand.

Aka Ikenga at USA is demanding the unconditional release of Nnamdi Kanu immediately. Continuous restriction of his freedom  with trumped up charges does not hold promise for the future which President Buhari thinks he can change, if he was really to be, a “converted democrat”. The Nigerian presidency risks becoming the poster boy for 21st century type, tin-can dictatorship, a la North Korea, who are super scared of social media with the misguided intellection that they can control what people think and say. You can imprison a person but it is impossible to imprison ideas. Continuous detention of Nnamdi Kanu, contrary to judicial proceedings is very disrespectful to Nigerians as Buhari seems to pick when to flaunt the laws of Nigeria and when to find other Nigerians as undisciplined. Mildly said, it is not a good idea to keep Mr. Kanu in jail; hopefully the Mr. Buhari and his secret police understand that this is not going to be like the case of a dead Nigerian Justice Minister that remains unsolved. We know the genesis of the order holding Nnamdi Kanu. So far, the President has not come out against the detention order therefore we know who is holding him and where he is held.

General Buhari, the safety of Mr. Nnamdi Kanu and, the very hairs on his head is under your watch and your responsibility. Please let our son go.  Injustice to any single Nigerian is injustice to all Nigerians and we, Aka Ikenga will always speak-out against it. General, there is only one choice and you and your secret police know what it is. Do the right thing.

Aka Ikenga at USA, Baltimore Maryland