Nnamdi Kanu Embezzled Our Over $40m — IPOB Members Cry Out 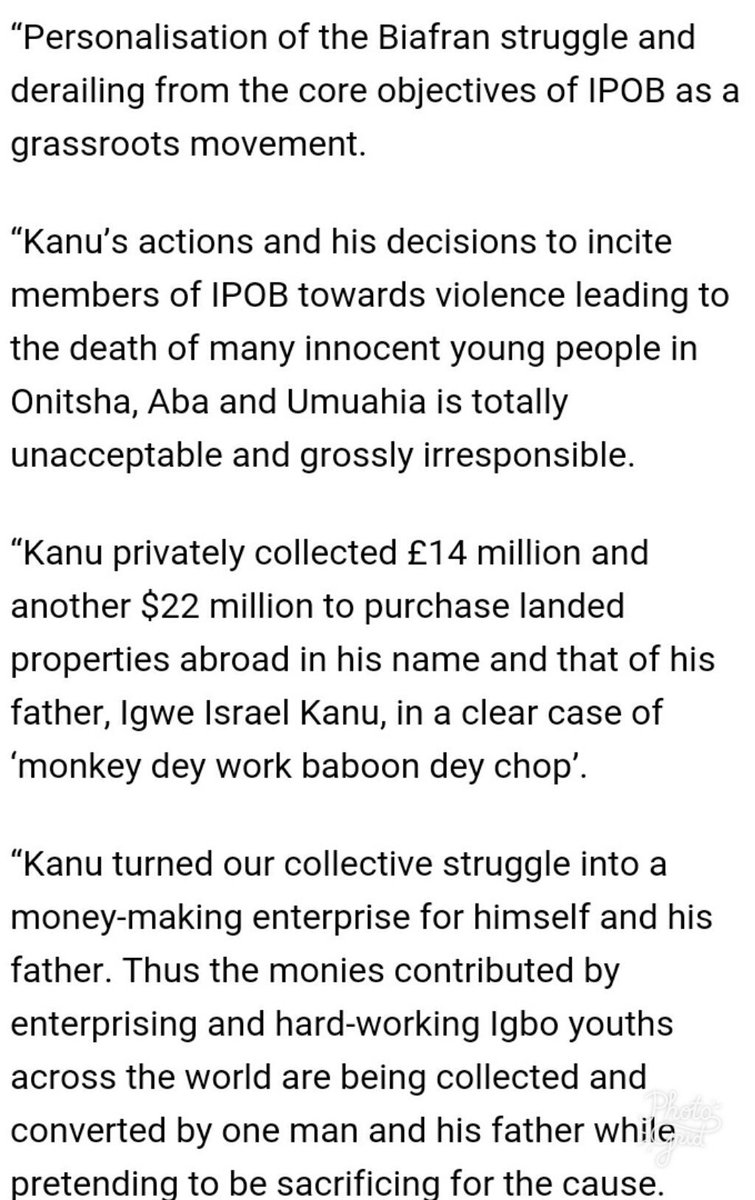 Members of the Indigenous People of Biafra (IPOB) has raised alarm that their fugitive leader, Mr Nnamdi Kanu allegedly embezzled some funds totaling about $40 million.

According the disenchanted members, Mr Kanu privately collected 14 million in Pounds and another 22 million in dollars which he deployed to private use.

They claimed that he purchase landed properties abroad in his name and that of his father, Igwe Israel Kanu with their money.

Consequently, Radio Biafra, upon resuming operations, announced the sack of Nnamdi Kanu, as director and leader of IPOB.

Radio Biafra latest lady host, who gave her name as Ifeoma Okorafor, after stating that the radio was restructuring, dropped the bomb that “Mazi Nnamdi Nwanekaenyi Kanu, the former Director of Radio Biafra has been dismissed”.

According to Okorafor, he was removed as Director of Radio Biafra following extensive and intensive consultations.

She then mentioned that one “Mazi Ezenwachukwu Sampson Okwudili has been appointed as Kanu’s replacement.”

Reasons why Kanu was removed, according to her, include:

– Personalisation of the Biafran struggle

– derailing from the core objectives of IPOB as a grassroots movement

– Inciting members of IPOB towards violence leading to the death of many innocent young people in Onitsha, Aba and Umuahia.

She said that monies contributed by enterprising and hard-working Igbo youths across the globe have been converted by one man and his father while pretending to be sacrificing for the Biafra course.

Since the invasion of his country abode by personnel’s of the Nigerian Army, the whereabouts of Kanu has remained unknown amidst speculations that he was killed during the raid.