“Buhari only had 2.7 million votes more than Jonathan. In 2011, the Southeast alone gave Jonathan more than seven million votes, but in the 2015 elections, they could not manage up to 2.5 million votes… denied Jonathan the chance of getting over six million votes.” – The author 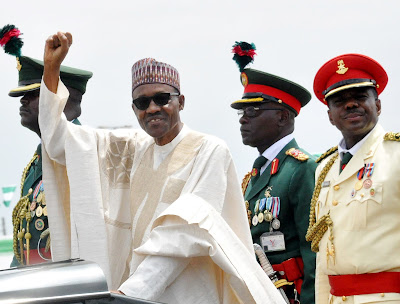 I have told some people in the past that if not for the sanctity of Rule of Law and the Igbo blood, I would have looked the other way while Nnamdi Kanu suffers the persecution he is presently suffering in the hands of the maximum ruler and his Gestapo.

Nnamdi Kanu is the Igbo man who is most instrumental to the emergence of General Buhari as President of Nigeria in 2015. Forget Governor Rochas Okorocha, Ngige and the other APC big wigs in the Southeast, they had a smelly message as long as the Buhari candidature was concerned. Ndi Igbo knew that Buhari hates them, and they never wanted to pay heed to anyone talking about Buhari.

In fact, during the campaigns, I happened on a gathering of top APC faithfuls in Imo State and the discussion was about the election. Among the commissioners, top aides of the Imo State governor and Party big wigs who were in that gathering, none gave Buhari the slightest chance of victory. For them, their sole project was to see how they could deliver the governorship. They confessed that the Buhari brand was dead on arrival in the Southeast, and it was.

Then came Nnamdi Kanu with his Radio Biafra championing a boycott of the polls by all Igbos. This his message sold more than any other thing. Ninety percent of the IPOB faithful ended up not going out to vote on the election day. Many of them even destroyed their PVCs, while the others sold off theirs, declaring it a zoo property. Before me, one of my painters destroyed his PVC, after listening to Nnamdi Kanu’s broadcast.

Buhari only had 2.7 million votes more than Jonathan. In 2011, the Southeast alone gave Jonathan more than seven million votes, but in the 2015 elections, they could not manage up to 2.5 million votes. This also affected IPOB faithful across Nigeria, including those who would have voted in Kano, Lagos and other parts of Nigeria. In essence, Nnamdi Kanu denied Jonathan the chance of getting over six million votes.

Had these number of people voted, Jonathan would have remained President till date, and Nnamdi Kanu would have still being enjoying his freedom to clamour for the secession of Ndi Biafra.

Today, mostly to Nnamdi Kanu’s credit, Jonathan is out of power and a Buhari who does not believe in the Rule of Law, who sees it as felonious for someone to carry two passports is in charge, and even though two courts of competent jurisdiction have had ordered that Nnamdi Kanu be granted bail, this President made by Nnamdi Kanu has sworn never to let him off the hook.

Do not forget that while Jonathan was still President, this same Nnamdi Kanu visited Nigeria and led his followers to a tumultuous rally across the Southeast, and no one arrested him. But today, just because he visited Nigeria from his base in London, he has been slammed with some of the highest charges in the land, and the Commander in- Chief has sworn in a national television never to obey any judge that orders Nnamdi Kanu’s freedom. Like Nnamdi Kanu, most of those who are presently being persecuted by this government and those that will still be persecuted in the future helped in bringing this government to power through their actions and inactions. I will tell you about these people in the future.

LESSON: We must be careful with the choices we make in life, for they must surely come to haunt us.