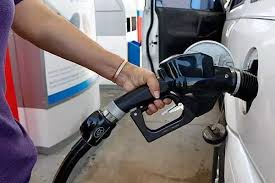 Barely a month after it came on air and announced that it has no plan to increase petrol pump price, the Nigerian National Petroleum Corporation [NNPC] is recanting.

Former Group Managing Directors (GMDs) of NNPC say the petrol price cap of 145 Naira per litre is not harmonious with the liberalisation policy of the Federal Government.

This was captured in statement by the NNPC’S spokesman Mr Garba Mohammed.

Mr Mohammed said the 145 Naira per litre price cap did not go well together with the liberalisation policy when factors such as the foreign exchange rate, crude cost and Nigerian Ports Authority charges remain uncapped.

The former NNPC GMDs made this position known at the end of a one-day meeting put together by the NNPC’S Group Managing Director Dr Maikanti Baru.

The stakeholders are also expressing concern over the declining production level of crude oil in Nigeria and its consequences on the environment and the nation’s revenue.

They pointed out that if the current situation was left unchecked, it could lead to the crippling of the NNPC and the nation’s oil and gas sector.

The stakeholders are also worried about the level of the NNPC’S debt profile.

They advised that, as a matter of urgency, the NNPC should establish the true state of its current financial status and immediately decide on the most appropriate capitalisation model.

Earlier, the Group General Manager (GGM) of NNPC, Maikanti Baru, has ruled out possibility of increase in the pump price of petrol.

Baru, on August 9, 2016, while speaking about NNPC on Petrol price, ruled out possibility of increase in the pump price of petrol.

Mr Baru gave the assurance to allay fears triggered by online reports suggesting that the Federal Government would soon increase the price.

He told reporters in Abuja that he had not received any directive for increase.

The NNPC official declared that the supply situation for fuel in Nigeria was robust and would not push price increase.

“I am not aware that they are planning to do any increase.

“You know that there are several factors that necessitated that, especially the issue of exchange rate that has moved and we don’t expect any serious changes,” he told reporters.

According to him, the request for forex for importation of petrol had been met.

“So far the request for forex for importation of products, especially the Premium Motor Spirit, has been made and our supply status is robust.

“We are meeting the market demands. We have over 1.4 billion litres of petrol in the ground. I don’t see any basis,” he reiterated.

Mr Baru, however, said that “the review could be done by the right body, the PPPRA as far as product pricing is concerned”.

The new price was set after a meeting of various stakeholders presided over by the Vice President, Professor Yemi Osinbajo.

The government said it was a strategy to increase and stabilise the supply of the product.

With the new policy any Nigerian entity could import the product, subject to existing quality specifications and other guidelines issued by regulatory agencies.

However, petrol supply is stable; the exchange rate of the Naira to the dollar had increased since the new price was introduced, raising speculations about possible increase.

Who is Akeredolu, the Ondo APC Governorship Candidate?