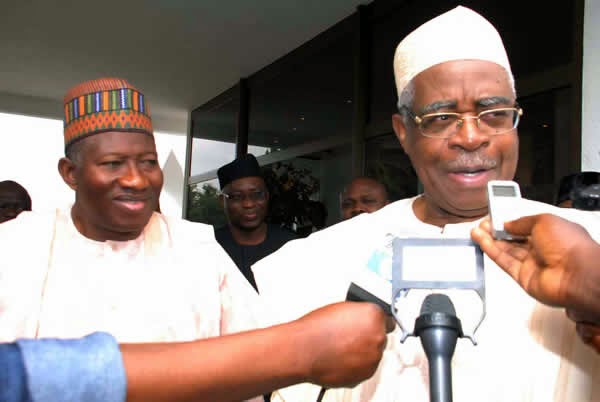 Nigerians were, on Tuesday, jolted to a revelation by Senators that 1.3 billion Naira was ripped off Federal Government purse via the Presidential Initiative for North East that was chaired by General [retd] Theophilus Y. Danjuma.

President Muhammadu Buhari launched the Initiative in September last year for the Reconstruction of the North East and to address humanitarian crisis in the Boko haram ravaged region.

Investigation by Elombah.com however revealed they collected money without executing the contract.One of the company benefited from contract scam in the N‎orth East is ” Isyours Investment Limited “which got closed to N200 million contract on supply of food items to IDP in Bauch and borno.

Elombah.com also found the award of N80.7m to JMT Global Technology Ltd for rehabilitation of police station in Kwambir, N203.357 to another company JOSMAN Tech limited for removal of invasive plant series along river channels and another N117 million paid to lintex international for supply of temporary shelters with no record of these shelter anywhere.

Isyours Investment reportedly got close to 200 million Naira contract to supply food items to Internally Displaced Persons [IDPs] in Bauchi and Borno, yet acording to the United Nations, “2 million people are beyond the reach of aid and at risk of starvation in North East.”

According to a Nigeria Senate report, over 4.5 million people are in dire need of assistance and 1 million extreme cases of malnutrition in the North East.

PAYMENT DETAILS TO BENEFICIARIES OF THE SCAM 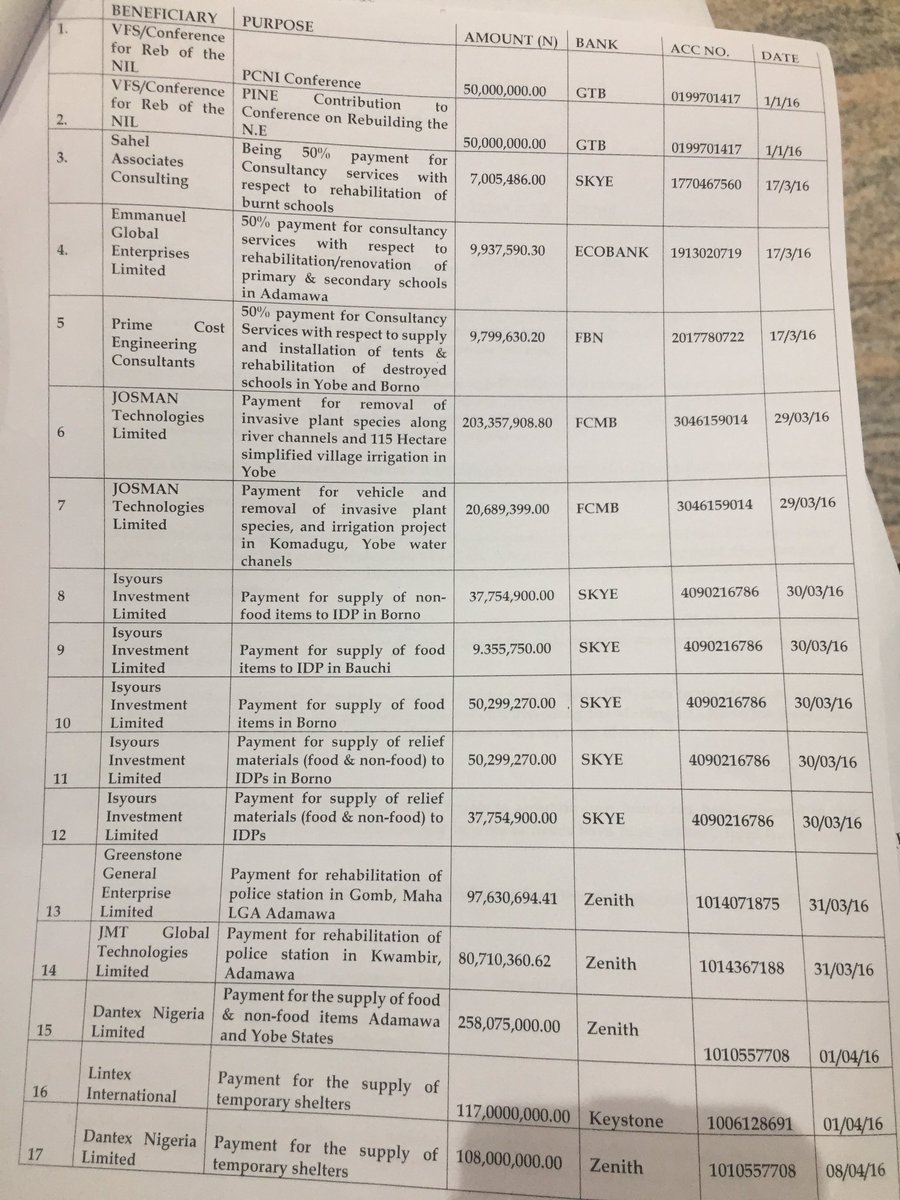 Elombah.com recalls that former President Goodluck Ebele Jonathan inaugurated the Presidential Initiative for the development of North East and appointed General Danjuma to head the committee.

The committee, in a gala night chaired by ex-President Jonathan, raised over 10 billion Naira as takeoff grant for the initiative.

Buhari, following on President Jonathan’s strides, inaugurated another initiative on North East a year ago but yet to show any result on ground.

The Senate also deliberated a Motion which examined ‘why we are losing so many of our children below 5 years to these extreme conditions in affected areas’.

The legislative body was more irritated that after it raised, by resolution, the amount proposed by executive in budget for IDPs from 6 billion to 10 billion Naira on 17th November, 2015, the sorry story is yet to change.

Senator Baba Kaka Bashir Garbai, in a Motion on North East, went ahead and revealed how JMT Global Technology Ltd was awarded N80.7 million contract to for rehabilitation of police station in Kwambir.

The motion by Senator Garbai on Mounting Humanitarian Crisis in the North East was backed by seventeen other lawmakers.

Furthermore, it was also exposed how N203,357,000 was awarded to another company JOSMAN Tech limited for removal of invasive plant series along river channels.

Another N117 million was paid to Lintex International for supply of temporary shelters with no record of these shelters anywhere.

Sen. Baba Kaka had noted that UNICEF reports indicate that 4.5 million people are in dire need of assistance.

He also recalled that Senate had raised the amount proposed by the executive in the budget for the IDPS from 6 billion to 10 billion Naira in recognition of the dire situation in the North East.

He, therefore, called on his colleagues to support this motion and launch a full investigation into how these funds have been utilized from inception.

Senate Leader Ali Ndume spoke in support of the motion explaining the traumatic situation of IDP and inhabitants of the North East.

He noted that trucks are being diverted on a daily basis in their numbers and pleaded with his colleagues to support the motion.

Speaking on the motion, the deputy Senate President, Ike Ekweremadu decried state of affairs in the NE and the diversion of funds meant for relief material to the detriment of human lives.

Senator Sam Anyanwu then suggested that an Ad-hoc committee be set up to launch a full investigation into the situation of things in the North East.

Little wonder, then, that the North East Motions call for investigation of diversion of grains and other food items from strategic places.

The targeted places mentioned are grains reserves, the National Emergency Management Agency [NEMA], and other sources of IDPs.

The senators vowed to address misappropriation of money meant for IDPs and North East to ameliorate their problems, as well as the disbursement so far.

Below are few of the positions of the members of the hallowed chambers on how to address the challenges of the NE humanitarian crises which, if unchecked, might culminate into more disasters:

“All members of the legislature must be involved in restoring the situation in the North East.” – Senator Barnabas Gemade

“We need to know exactly what comes in as foreign assistance and what we actually do as a government.” – Senator Ahmed Lawan.

“There is need for the affected states to have a close relationship with FG agencies to ensure engagement,” Senator Lawan added.

“Nigerians should not be taken for a ride again, they need to know what is happening those found guilty should be punished,” – Senator George Akume

Nigeria: Break in and theft at the offices of SERAP