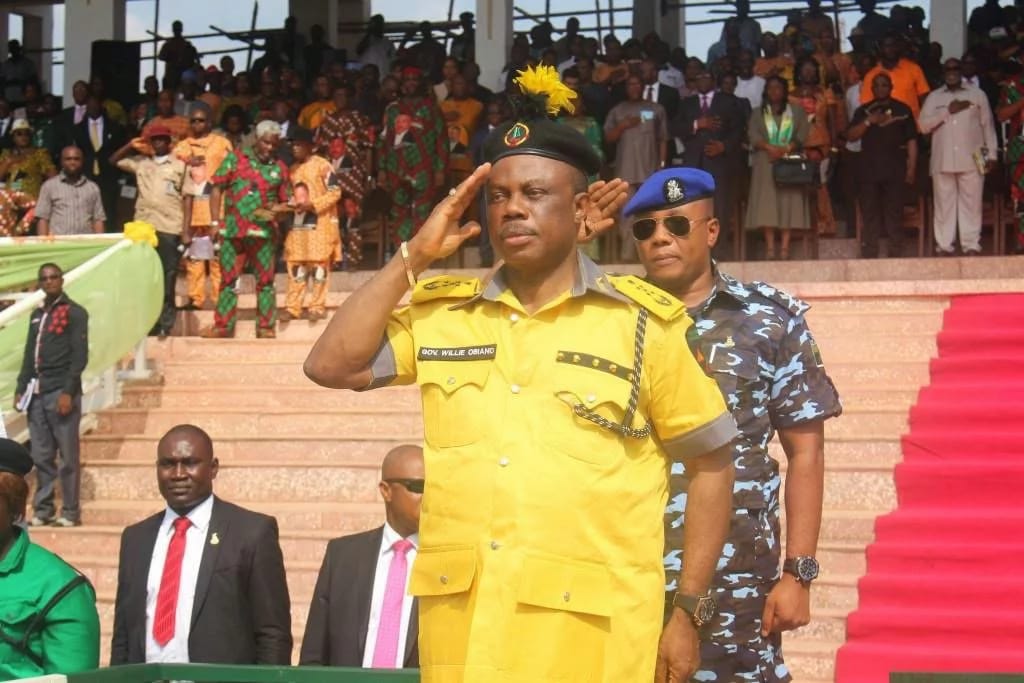 The Anambra State House of Assembly on Wednesday, at the behest of the state governor, Willie Obiano is vying to form a state police.

Governor Obiano had, in an effort to form a militia group for 2017, sent bill to the state House for ratification.

Obiano had earlier voted enough fund to lubricate the house members resolve and the house, on Wednesday, had the first reading.

However, as the members of the house did not agree with the majority leader and the Speaker on how much they will be paid to give express approval, the house seems to have argued about the state Police.

The police is shrouded around Ocha Brigade but in actual, it was an assembly of the dreaded Bakassi Boys that needed a legislative backing to start carnage in the state.

However, it is circumspect that Obiano is seeking unilateral powers to stop opponents’ campaigns for the Kenneth Okonkwo-led Ocha brigade.

Speculations are that Willie is seeking for legal brutes that will run his opponents out of town or burn them down with terror.

Listening to some of the Members of the Brigade discuss at a watering Joint along Abakaliki street in Awka ,they were boasting on how they will deal with any opposition that dare come out against Akpokue this 2017.

The slang used and in quote is “Anyi ga apiari ndi Anambra azu” (We will skin the citizens back) .

According to an observer, “from the content of the bill, it is very clear that it is unintelligently tailored towards stopping any form of public gathering or campaigns from the opposition.

According to the Bill, the Ocha Brigade Shall:

– Ensure the removal of any environmental nuisance including noise pollution…

– Monitor and ensure that contractors works to specification…”

It is known that the Governor is desperate and can do anything to have a second tenure.

But the quandary around it is, what are the security forces doing having noticed that the locusts are converging, that the never do well in life are now wearing uniforms and ready to rumble.

We are watching to see how the state assembly will explain this State Police to the Presidency and the DSS.

Read the powers they seek to place in the hands of barbaric brutes and expect sanity in the state: