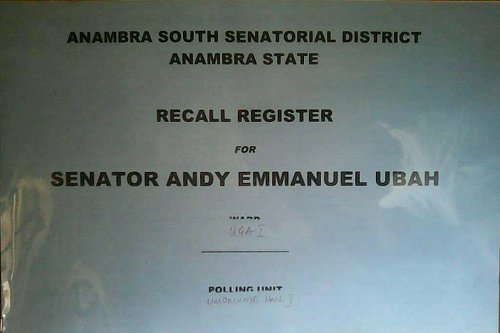 Elombah.com has been reliably informed that Anambra State governor, Chief Willie Obiano is out on a mischief against the person of Senator Andy Ubah.

It is gathered that this time he is sponsoring an anti-Andy Ubah campaign to recall him from the Senate.

Our source informed that the governor presently is in a panic mode ever since his choice chairman for the All Progressives Grand Alliance [APGA], Ozo Victor Oye, lost his ambition to the Enugu High and Appeal Courts respectively. 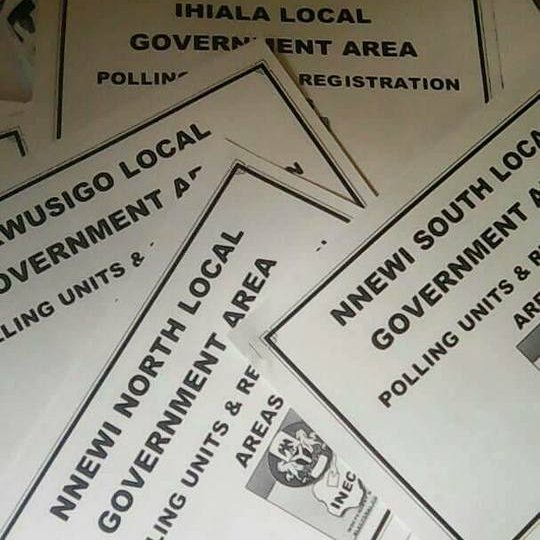 Recall that both courts had affirmed Ochudo Martin Agbaso as the chairman of APGA after Obiano had spent hundreds of millions of taxpayers’ money hiring 6 Senior Advocates of Nigeria [SANs] and 11 other luminaries to defend Victor Oye.

[Elombah.com also recalls that matters went sour between the governor and Agbaso when the latter, while congratulating him after his first election, informed him of his intention to run as Imo State APGA candidate. Obiano had reportedly scolded him and ask him to go and apologise to Captain Iheanacho.]

Ever since, he has been on the lookout for perceived enemies and albatrosses to his second tenure ambition.

In a desperate bid to defend his much-nurtured second term ambition, he has embarked on “Recall Senator Andy Ubah” campaign afraid he may replace him as governor, coming from the ruling All Progressives Congress [APC].

Recently, APGA had sponsored some youths to Abuja also to stage protest against same Senator Andy Ubah on the premise that he does not possess certificate.

After considering all evidences quid pro quo, though, the presiding judge flung out the case for lack of merit.

Obiano has been notoriously known for sponsoring campaigns against perceived enemies as the recent case of Senator Uche Ekwunife still resonates on the mind of Anambrarians which led to Anambra Central left without a representative in the Red Chambers.

As if that is not enough, he is now sponsoring the recall of another senator from Anambra South, while granting full protection to Anambra North where he hails from.

His emotions are focused on Anambra Central and South.

Consequently, some well-informed individuals from the two senatorial zones are calling on people of Anambra Central and South to rally together and issue a statement and/or activate impeachment moves against the governor.

By the way, a new twist has been added to the Anambra State upcoming gubernatorial election with the Supreme Court Peoples Democratic Party [PDP] verdict on Wednesday.

The apex court had handed the mantle of leadership the Ahmed Makarfi-led faction of PDP, a faction the former governor of Anambra State, Mr Peter Obi belonged to.

Peter Obi is no doubt a force to be reckoned with in Anambra in particular, and South-East in general. Who knows what tantrum Obiano will throw up this time!

Nigeria Has Let A Crisis Go To Waste – By David Pilling