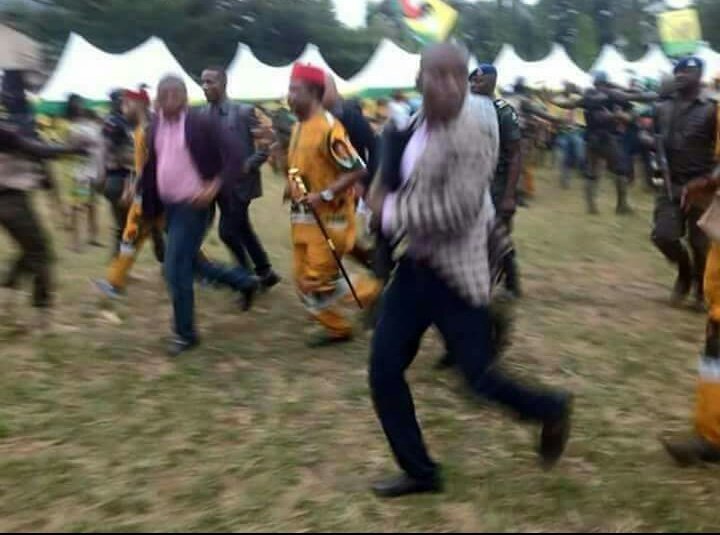 Anambra State governor, Willie Obiano and his team were on Thursday seen running unashamedly after they were chased away from campaign ground in Orumba by angry residents.

This is coming after the traditional rulers in the local government jointly called for the boycott of Obiano’s campaign in the area owing to the fact that his government neglected them.

This sort of open embarrassment is the second in a series during this campaign period.

The first took place at Onitsha South Local Govt where the Chairman of the council, Emeka Asoanya and Secretary of the Party, Noel Udeoji were robbed of cash and valuables.

Anambrarians believe its payback time after suffering years of neglect at the hands of Obiano who choose to gratify only his hometown Aguleri and leaving the rest of the state to rot.

In the words of an observer, “this is nothing short of heavenly race!”

Fit to Fight, Misfits In Government – By Owei Lakemfa