According to Odogwu Blog, it is now clear that Anambra state government has indicated interest to reconstruct  the collapse bridge/culvert at uboh river, in the only access road to Ndiokpaleke and Ndiokolo communities, in Orumba north LGA. 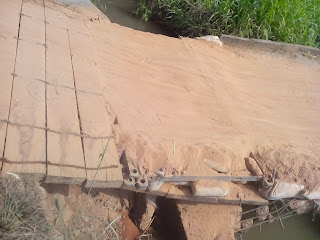 The president general of Ndiokpaleke, Hon Ernest Igboanugo made this known to odogwu media in an interview.

He said that the communities affected (Ndiokpaleke, Ndiokolo and Ogboji) were in touch with Anambra state government concerning the road and  Governor Willie Obiano delegated his SSA and team leader on project monitoring to visit the site of the collapse bridge after writing to him, which they had visited twice.

The president-general further lamented on the deplorable condition of the only access road to the communities and suffering the road users were passing through, most especially during the raining season. 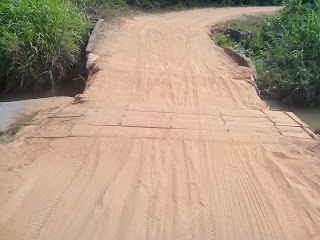 These communities were known as agrarian communities and they find it difficult to transport their agricultural produce like cassava, palm produce and palm wine to the market.

Hon Igboanugo said that the community carried out a palliative work on the collapse bridge, but excise fear that it will be washed away during the raining season .