Says the Community built the wooden bridge through self-help

NDDC made the denial in a press statement issued on Thursday and signed by the Director of Corporate Affairs, Mr. Charles Obi Odili.

In the statement, NDDC mentioned a digital photograph of a wooden bridge allegedly constructed by the Commission which has been trending on social media.

It said that the report about the alleged NDDC-built wooden bridge at a cost of N2.3 billion is fake news.

The Commission, thereby, declared that it has no such project at Elebele, Ogbia LGA.

“We have gone through our records for the past 18 years and there is even no contract offer for the construction of a bridge in the community,” it said. 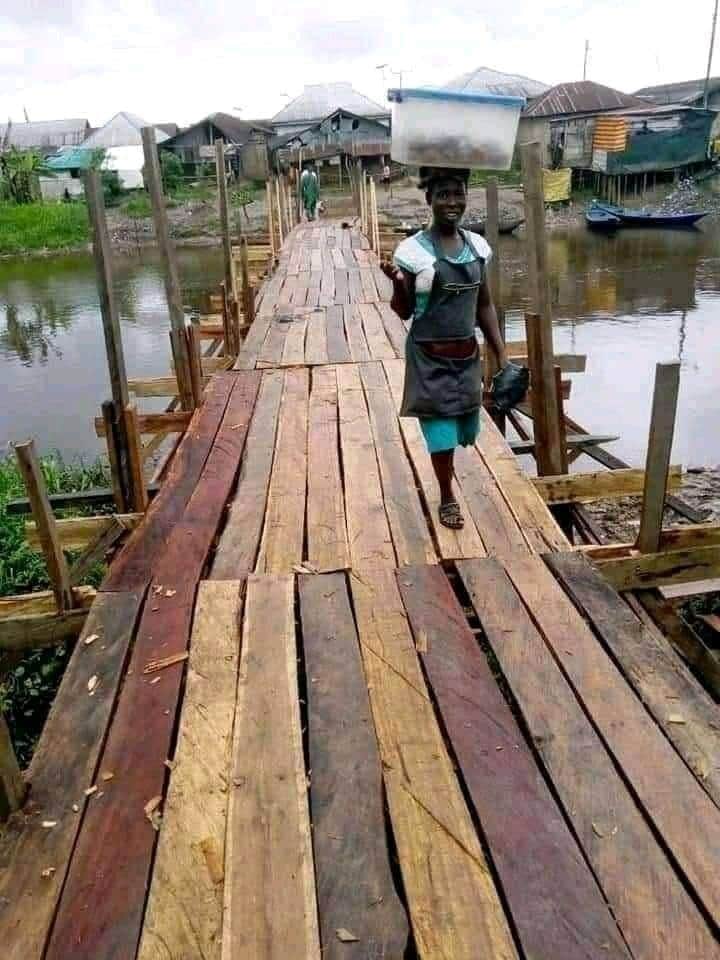 “The Elebele community in 2018 sought the assistance of the Commission to rebuild the bridge which had collapsed.

“The proposal is still going through our system and is presently at the design stage.

“While awaiting NDDC’s intervention, the Community (in Elebele, Ogbia LG) undertook a self-help project and built the wooden bridge.

“It has no NDDC input. NDDC has not paid out any money for it. In clear terms, this bridge has nothing to do with NDDC,” said Mr. Odili.

the Commission urged stakeholders to regard the post as part of the propaganda tactics of those who want the Niger Delta Development Commission to be scrapped.

Scrapping the Commission, it said, will deny the people of the region, the benefit of infrastructural and economic development.

Odili said the fake photograph is a follow up to the false allegations and campaigns launched by detractors of the Niger Delta Development Commission in the news and social media space and even at the recent public hearing by the National Assembly.

He noted: “These forces and their spokespersons are not from the Niger Delta. They are enemies of the region.

“The people of the Niger Delta have lined up behind President Muhammadu Buhari’s ordered forensic audit exercise.

“That exercise will account for how the projects undertaken by NDDC were done and bring to account those who failed in their responsibilities to the people of the Niger Delta Region.”

NDDC assured that it will remain committed to ensuring it achieves its core mandate as the interventionist agency for Niger Delta region and its people.

It said its engineers are some of the best in Nigeria and that “the quality of their work are world class”.

“Those in doubt should visit the 29-kilometre Ogbia-Nembe Road in Bayelsa, which cuts through the swamps with ten bridges and 99 culverts.

“The road, constructed in partnership with Shell Petroleum Development Company, SPDC, is ready for commissioning,” the statement concluded.