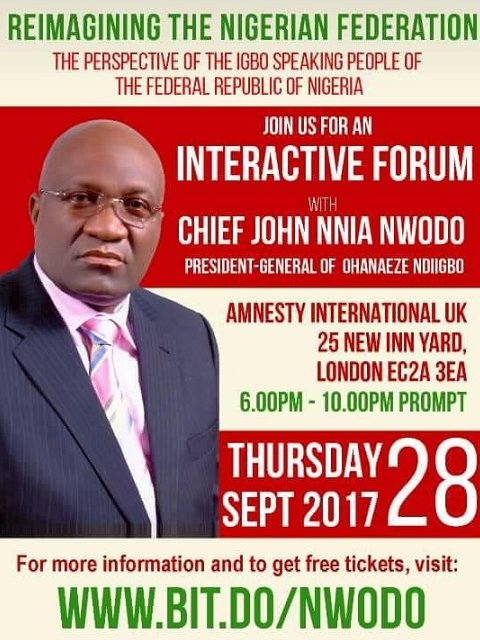 The Chatham House interactive forum is slotted to hold on Thursday, September 28, 2017.

Top burners on the issues he hope to address at Chatham House included the raging Biafra agitation and the activities of Operation Python Dance in the South-East which has so far seen the death of countless Igbo youths.

Also paramount is the issue of referendum for the South-Eastern states to vote for a Biafran state within a Nigerian state.

Recall that Elombah.com published yesterday that President Muhammadu Buhari granted the real Indigenous People of Biafra [IPOB] leave to conduct a referendum in the South-East.

The disclosure was made by IPOB Solicitor, Emeka Chigozie Emekesiri, Esq. in a letter addressed to the Ohanaeze President General.

The letter was titled “Memorandum for Activation of Referendum Process for Biafra – Legal Notice to the UN and Nigerian Government” and delivered to Elombah.com.

In the letter, Barrister Emekesiri issued notification to Chief Nwodo informing him of an imminent move to conduct a referendum in the South East.

He, therein, directed the Ohanaeze Ndigbo to gather people together “IN PREPARATION FOR THE REFERENDUM TO VOTE FOR A STATE WITHIN A STATE AS DIRECTED BY THE PRESIDENT OF THE FEDERAL REPUBLIC OF NIGERIA.”

The ongoing London conference is no doubt not unconnected to the letter and the expectant referendum.

Elombah.com gathered that on arrival in London on Tuesday, he went straight to BBC House to take a look and snap pictures of “BIAFRA” boldly written on the floor of BBC where other Nations were also emblazoned [see picture]. 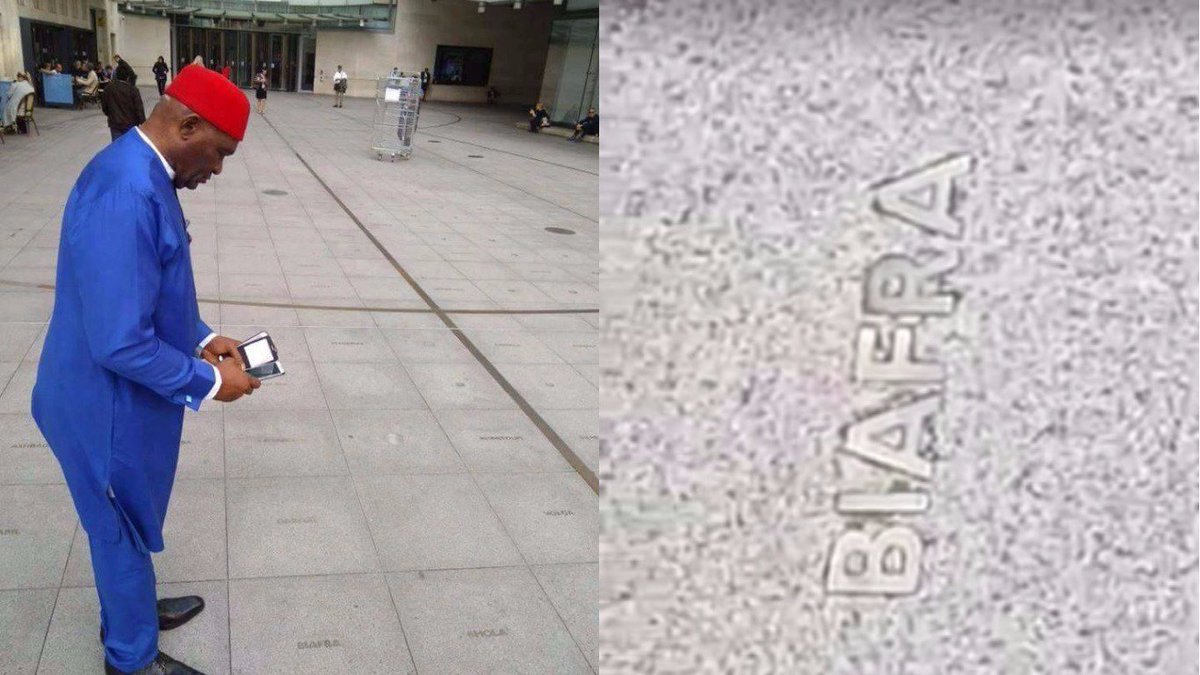 Elombah.com is standing-by for further updates on any development.