This partnership whose inception began May 2020 was finally concluded today witnessed by the chairman/CEO Innoson Group Chief Innocent Chukwuma, the Chairman/GCEO Oilserv Engr. Emeka Okwuosa and members of staff of both companies.

Engr Okwuosa emphasised that the partnership is to call the attention of Nigerians and the world to the premium quality product IVM brand is offering as well as show his unwavering support to local enterprises.

While taking a tour at the Innoson factory, Engr Okwuosa further re-established his faith in the IVM brand stating that the standard put in place in the production of the vehicles are world class.

He told the press that he wish he could convince the government to enforce a bill that mandates all establishments in the oil and gas industry to use locally made products like Innoson Vehicles.

He equally encouraged Nigerians in both the public and private sector to patronize the IVM brand.

Giving his remarks, the Innoson Vehicle Boss, Chief Chukwuma gave the assurance that Innoson Vehicles will continue to employ international best practices in the production of its vehicles so that they can compare favorably in terms of durability, fuel economy and safety.

He stated further that the company will go any length to make available whatever specification of products Oilserv wants, emphasising that even if it is not available, the company will create the mould for it.

Oilserv Limited is a leading provider of integrated engineering, procurement, construction, installation & commissioning (EPCIC) services and complementary solutions across the asset and program life cycle within the onshore, offshore and subsea market segments of the oil and gas sector.

Oilserv Limited was incorporated in 1992 and commenced operations in 1995 with Chairman/GCEO as Engr. Dr. Emeka Okwuosa. 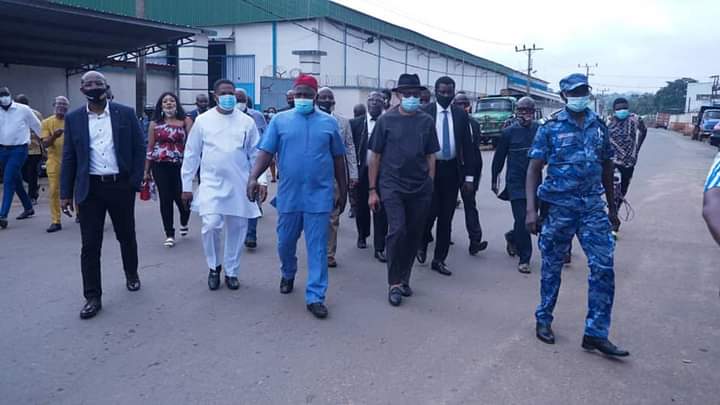 READ ALSO: COVID-19: Time For Buhari To Replace His Mercedes With Innoson

COVID-19 is awful; Climate change could be worse ~ By Bill Gates