The Olubadan of Ibadan, Oba Samuel Odulana, on Tuesday night passed on at the age of 101. 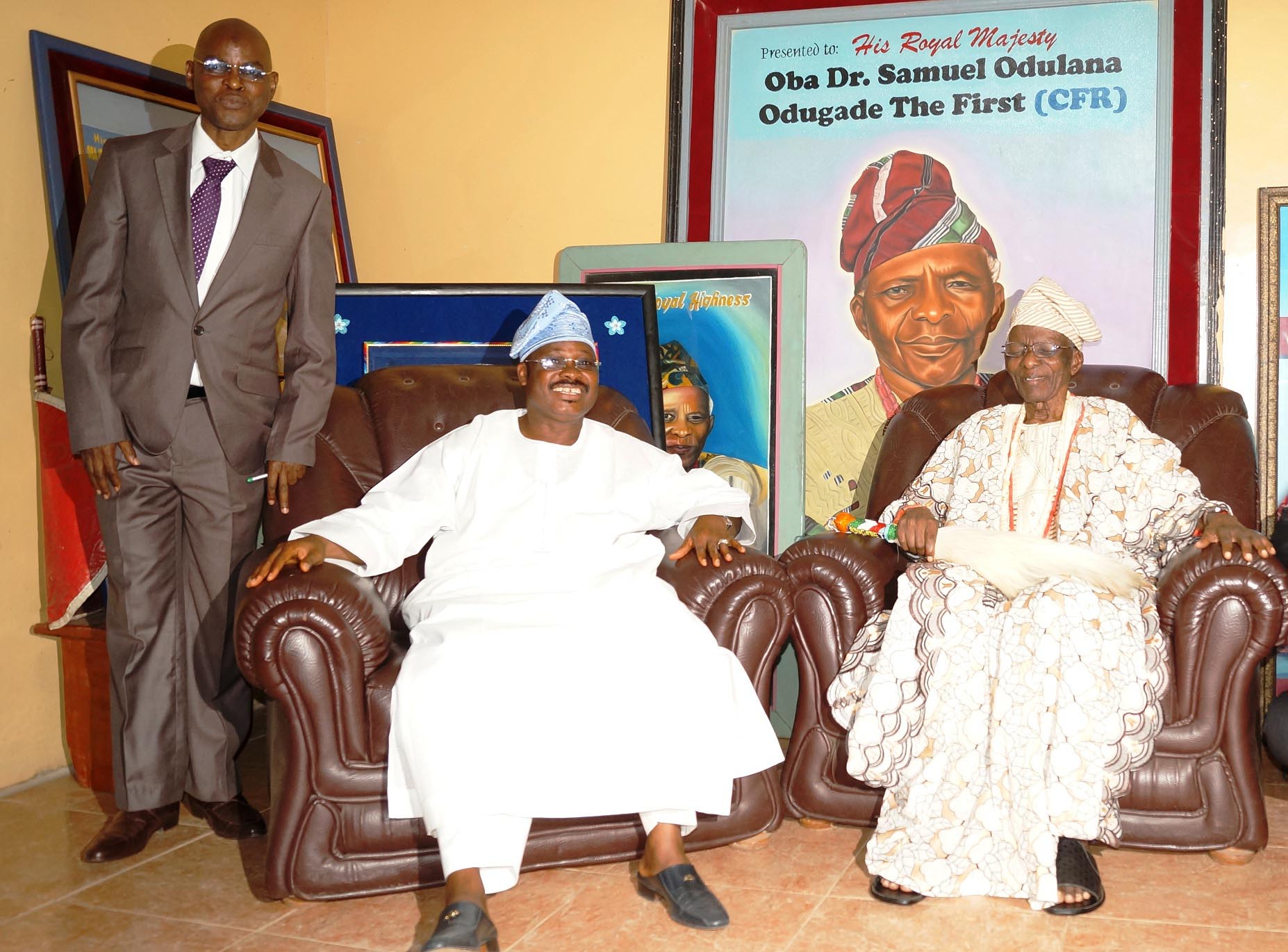 Governor Abiola Ajimobi of Oyo State and the Olubadan of Ibadan

The Olubadan of Ibadan, Oba Samuel Odulana, on Tuesday night passed on at the age of 101.

The 40th Olubadan, who ascended the throne on August 17, 2007 at the age of 93, reportedly breathed his last on Tuesday night while his remains had been deposited at the University College Hospital mortuary.

A family source, who pleaded anonymity, confided in the Nigerian Tribune that the traditional ruler “is actually dead. That is the only thing I can say for now, but don’t quote me.”

Also, a high chief in the line of Olubadan, who also pleaded anonymity, confirmed the development to the Nigerian Tribune.

With the development, the next high chief to become the Olubadan is the current Balogun of Ibadanland, High Chief Saliu Adetunji.

Tradition, it was gathered, the next in line to the Olubadan must be informed of the death accordingly, though some of the high chiefs kept sealed lips as of the time of going to press.

He began his elementary education at Saint Andrew’s School, Bamigbola, Ibadan in January 1922 and transferred to St. Peter’s School, Aremo, in 1929.

He completed his middle school education at Mapo Central School in 1936.

He was an Army officer during the 1939 World War II.

After returning from World War II in 1945, he was appointed to be in charge of the demobilisation of returning soldiers in Lagos.

He briefly worked with United Africa Company as a produce clerk before commencing his teaching career at the Church Missionary Society Elementary School, Jago, in 1938.

He also taught in several schools from 1939 to 1942 and was with the Colonial Office Education Department in 1964.

He went into politics in 1959 as a member of the House of Representatives and was appointed parliamentary secretary to the late Abubakar Tafawa Balewa.

He was Minster of State for Labour and, in 1964, he led the Nigerian Parliamentary delegation to the London Constitution Conference to restructure the former British colonies of Rhodesia and Nyasaland (now Malawi, Zimbabwe and Zambia).

He joined the royal chieftaincy line in 1972 as the Mogaji of Ladunni compound in Ibadan, and in 1976, he was conferred Jagun-Olubadan.

He was a co-founder of several organisations such as the Ibadan Economic Foundation and the Ibadan Progressive Union.

He was conferred with the honorary degree of Doctor of Management Technology by the Federal University of Technology, Akure, Ondo State, in December 2005.

When contacted, the Oyo State Governor, Senator Abiola Ajimobi, said he had not been informed officially.