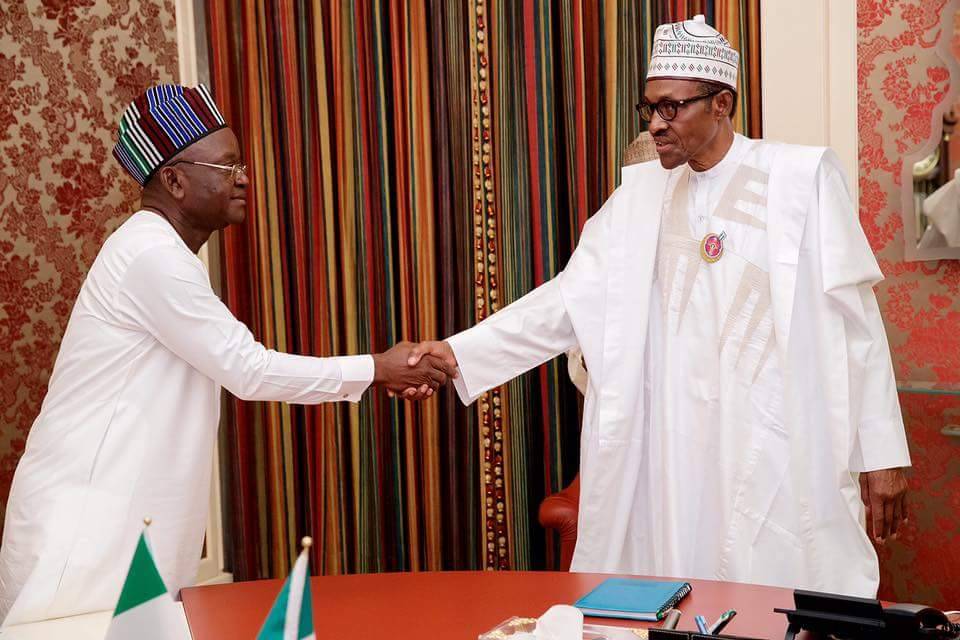 The Executive Governor of Benue State,

ENOUGH OF THIS DRAMA, RESIGN NOW AND SAVE THE SCRIPT FOR ANOTHER DAY

We cannot pretend to be happy with Your Excellency and so do not consider it expedient or even necessary to wish you happy New Year. It’s very unfortunate that a promising year like 2018 has been cut short for many families through your actions.

For members of the Middle Belt Conscience Guard (MBCG), we have watched with utter dismay and disillusionment, the unfortunate and prevailing insecurity situation in your state, which exploded on January 1st, 2018 leading to regrettable deaths of our beloved brothers and sisters. May their souls rest in perfect peace.

However, we can no longer subscribe to your futile arguments or even tolerate your grandstanding on the perennial farmers/herders conflict in the Middle Belt, which your leadership has clandestinely exploited in Benue state for obvious political reasons.

We are no doubt perplexed that in spite of the frightening dimension the crisis has assumed, you are still playing the dangerous game of political correctness, instead of looking inwards to retrace your steps or correct your commissions or omissions which have apparently exacerbated the crisis.

Mr. Governor Sir, we have keenly and closely monitored your actions proceeding events of January 2018 and what appears to be your disguised posture of silently nurturing the crisis and promoting this bloodbath, leading to its eventual manifestations in many insidious ways than imagined. This forum is appalled at your oblique plots and manipulations to cause the problem of today, since you assumed office,   which you thought  may never be subjected to public scrutiny, but have kept exposing  you  day after day.

Therefore, you are more delighted in creating some myth around it, by shifting the entire blame to President Muhammadu Buhari in rehearsed,  by unconvincing public statements.  You have elected upon yourself to ridicule the office of Mr. President and a leader of Nigeria who has attested in words and deeds that the security of lives and property of Nigerians anywhere they reside in the country is paramount and not negotiable.

However, blinded by your own fury for a deal gone awry, your desperation to push the blame on an innocent leader is really sickening.  Or else, how could you speak glowing about Mr. President ignoring the crisis in Benue state, but gleefully ignore your conscious arming of youths in Benue state as Civilian JTF and Livestock Guards? Is that what you do with security votes?

Sir, we recall with a lot of displeasure the early attempts by your government to covertly launch the crisis of today, by pretending to initiate an amnesty programme, where you claimed arms and ammunitions were recovered from youths in the state. But we shall not remind you that the amnesty programme was a cover or camouflage, as your government blindfolded the public and used this platform to allegedly re-arm different militias in your state. The re-arming of the Benue State Civillian JTF  and others have resulted to the current crisis.

It is also intriguing that upon the arrest of the armed Benue Civilian JTF members who confessed during interrogation to be sponsored by the Benue State Government, and arms supplied through  one Alhaji Aliyu Tashaku, you had no patience to wait  for investigations to be concluded before rushing to issue a media rebuttal, which is suspicious.

Yet, in their confessional statements, they claimed the state government owned them five months unpaid stipends. It is not more plausible to argue that the Civilian JTF members had these weapons, even after the implementation of the anti-open grazing law in your state,  but were never provoked to bloody violence, until in your accustomed manner, piled up their monthly stipends and they resorted to violence.

Evidence of your concealed and carefully packaged evil against your people and Nigerians is adduced from the very porous and terrible security situation you plunged the state into; even while you’re so-called amnesty programme was in progress, as unidentified armed youths murdered scores of citizens in the state.

This is attested by the serial and gruesome murders of Benue people, including your very senior appointees/ aides and other citizens of the state, like  a former member of the Benue State House of Assembly; Hon. Atodza Ihindan;  Dr. Wilfred Tondo, a lecturer at the University of Mkar, Gboko;    your  Senior Special Assistant on Security Matters,  Mr.  Denen Igbana;    Dr Tavershima Adyorough, the Special Adviser on Knowledge Economy and hordes of other silent, but violent assassinations, we believe were conspicuously perpetrated by re-armed youths.

These citizens of Benue state were slaughtered like goats led into butcher houses by what ended in security theories as unknown armed gunmen. Even as the State Chief Security Officer, you have done nothing commendable to avert the killings or assuage the pains of families of the dead with justice. And in the case of Dr. Wilfred Tondo, you were alleged to have dishearteningly  instructed your State Attorney General and Commissioner for Justice to enter a plea of  nolle prosequi on the case, an indication that you indeed, know the source of re-armed youths terrorizing the people. This is possibly why you have  not deemed it necessary to release the reports of investigations into these gruesome killings for public consumption?

We are saddened that to further appease your appetite for violence and killings, you ordered your incensed security aides to shot at our youths who were ventilating their anger in a peaceful protest in Makurdi against your poor leadership. At least, three of them died, as officially confirmed by your office.  Yet, you appear in public and the media sounding sanctimoniously and blaming others for the bloodbath you are believed to have personally initiated in your state and has continued to sustain its spread in various manifestations.

We are now compelled to accept  the widely circulated notion that , you are a Governor and leader who is deliberating creating violence and killings, to cause displacements of victims as  Internally Displaced Persons (IDPs), whom  you assemble in camps and wait for governments,  sympathizers and humanitarians to  donate/extend  relief in kind and cash.  Such avenues provide your numerous aides with added opportunity to exploit the hapless victims and get richer.

Mr. Governor, let truth be told courageously that you have failed the people of Benue state and Middle Beltans generally in safeguarding their lives and property. We are worried that your hands are soiled with the blood of the innocent victims of the multiple crises you have created in the state and therefore unclean and unfit to continue to be entrusted with the sacred mandate of the people to preside over the fate and destiny of Benue people and the state.

There is no doubt that your actions are self- serving, admission of incompetence and failure in the complex task of leadership of the state. Overtly,   you have attached premium to partisanship and quest for re-election  even at the detriment of human lives of your subjects and so, you proceeded to politicize the crisis to gain political sympathy.

Sir, you are pretending to be sympathetic, and so, you divert attention by shouting everywhere about Fulani herdsmen killings. But you have forgotten easily that your refusal to pay salaries of Benue civil servants has  killed far more greater number of  people than your instigated  herdsmen crisis  in Benue State. Let us remind you that you once wept for civil servants but what is the situation today?

We marvel at your lust for power and the very crude means you have deployed to consolidate it. Today, you have attempted to discolour and shield  your  shadows behind the crisis, by trumpeting the passage of the Benue State Anti-Open Grazing Law, which you drum as responsible for the current crisis. This is the handiwork of untrained men with guns without food and money in their pocket.

But we all know it as a farce, as the anti-open law was not even your initiative, but that of some NGOs like the MAFO and other members of the public.  This  is a law you have used as a weapon to veil your political motives, by whipping up sentiments about the killings of our people to gain political sympathy and mileage. This is the height of your deception and hypocrisy against the people of Benue State.

Time is extremely overripe for you to do the needful by honourably resigning your position as the executive Governor of Benue state without further delay.  Even God, you may confirm is angry with you.

But before your resignation, please render account of the monthly hundreds of millions of security votes, which has accrued to the state,  since you became the Governor. This is necessary because you have abused the security votes, as it appears; all you do with it is to arm militia in readiness for your 2019 reelection.

We seize the opportunity of this open letter to appeal to your conscience and the forces pushing you towards the path of destruction that we have had enough of your sketch of drama for a Nollywood movie.

Please, Mr. Governor, allow our people to mourn the dead quietly, without further insulting their sensibilities with your gimmicks.  We anxiously await to hear the expected good news of your resignation soonest to allow Benue retrace her steps on the path of peace, security,   development and prosperity.

We appreciate your audience, as you comply with our wise counsel by taking the timely and appropriate decision/action.