Osibanjo: Nigeria South Africa Relations to get a new boost 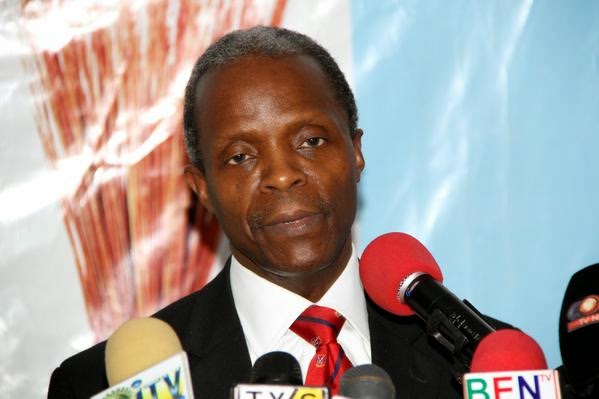 Press Release – President Muhammadu Buhari will soon be hosting his South African counterpart on a state visit in Abuja as both leaders are now working to boost diplomatic relations of the two nations, according to Vice President, Prof. Yemi Osinbajo, SAN.

The Vice President who just returned from a visit to South Africa last night also held brief meetings over the weekend with both President Jacob Zuma and Deputy President Cyril Ramaphosa, where issues of common interests to both Nigeria and South Africa were discussed. He also commissioned a new Consular section building of the Nigerian High Commission office in Pretoria on Saturday.

Speaking with the press after separate meetings with the South Africa leaders, Osinbajo said “the meetings went very well” and that they were helpful in further establishing the traditional friendships between the two countries.

He disclosed that the meetings also reviewed  “some of the critical areas both countries are expecting to deal with in the coming years,” disclosing for instance that “you know, President Zuma will be visiting Nigeria very shortly.”

He continued: “these meetings, in some senses, are preparatory and we are looking forward to seeing him-(President Zuma). And we thought it might be useful to mention one or two things that will be important in the meeting that he will be having with President Buhari very shortly.”

Prof. Osinbajo who held several engagements over the weekend in South Africa, including private events, met the South African leaders in Midrand on the sidelines of the ruling African National Congress, ANC policy conference in Midrand.

He assured both South African and Nigerian media that the ties between both countries would be further strengthened under the Buhari administration, observing that “there is chemistry between President Buhari and President Zuma.”

During his stay in South Africa, Prof. Osinbajo attended the annual Pan-Africa Prophetic Gathering hosted by the House of Revival Church in Brakpan, was hosted to a Business dinner by the members of the South African Chamber of Commerce and also held an interactive session with Nigerians based in the country.

At the dinner he urged Nigerians and South Africans to put aside any difference and pursue prosperity across the two countries, with the mind to break any barriers, while stating that the governments of both countries would on their part create enabling environments to do business.

He said African leaders should not be planning their policies as though there are no huge inequalities in their countries. He said for instance in Nigeria, “we now have to plan our budgets as a nation with the realization of the huge number of the extremely poor in our population.” An important part of the solution to bridge the inequalities, he noted is investing in education

The Vice President then explained the social investment plans of the Buhari administration including the Conditional Cash Transfer and School Feeding programmes to the gathering. He stated that “once this model succeeds, it may become a model to sell to other countries in Africa.”

In the Office of the Vice President