See pictures of the Ferraris below according to colours of choice: 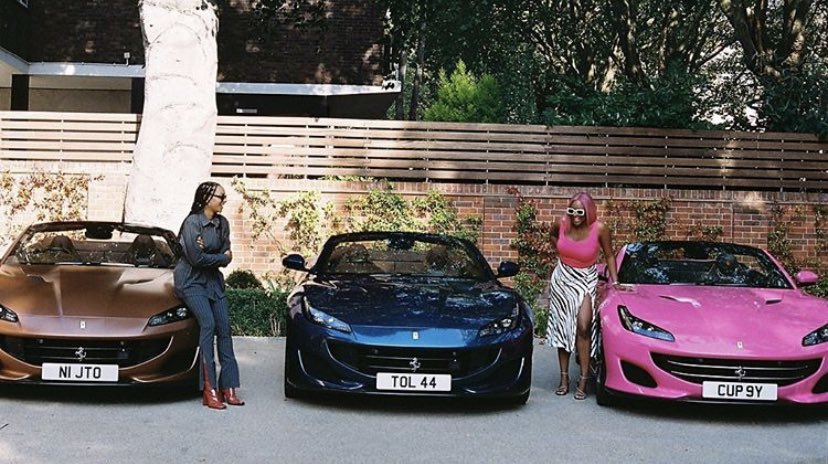 After she was born, he married Nana and had two more daughters—Florence Ifeoluwa and Elizabeth Temi.

He also has a son, Fewa but is not featured in the Ferrari bounty galore.

Florence Otedola, aka DJ Cuppy, is a DJ and music producer, as well as a tourism ambassador for Nigeria.

A reader with ElombahNews wrote the following:

So apparently Billionare And Oil Mogul, Femi Otedola decided to spoil his three Daughters with Love by gifting them 3 Beautifully Customised Ferrari!!

Hmmm Papa m, I am not Crying ooo, I am just cutting Onions!!

Not Otedola but I got bicycle for my girls. Ferrari loading. pic.twitter.com/YagVZgxtMo

First official Meeting with my Girlfriend's father and he asks "Young man What's your plan for my daughter?"

Me sef I'll ask him "with all due respect sir, Otedola just bought his daughter Cuppy a car, what's your plan for your own daughter"

I don't want anybody to stress me 😑

Nah! These pictures are too sleek! Hustling now, so I’ll to take my kids shopping and buy them Ferrari’s one day. God of Otedola 🤲🏾 pic.twitter.com/3rh23270Zt

The impressive thing about Otedola and his kids for me isn’t the gifts he gets for them, anyone with money can do that, it is the fact that he is ever present with them and their interests and that’s where most fathers (with money) fall short. They think money is enough.

I hope my Daddy is seeing what Otedola is doing for his daughters. Because if it is to blame me for not graduating with a first class now, they'll see him there. Mr Man, your mates are buying Ferrari for their children now o 👏 👏 👏

Nov 2019: Femi Otedola gave out N5 billion to the "Save the Children Fund" through DJ Cuppy's Foundation.

But people still think he's being wasteful because he bought Ferrari for his children. Sigh!!!😨😨

Femi otedola did shopping bought cars for his daughters cuz he could afford to.

Your parents did shopping bought clothes, shoes etc.. cuz it's the best they could..

They can buy you cars too but realities are just different.
The comparison & bants is disrespectful to them.

Three Ferrari in one day for Otedola daughters..
God! I still thank you for the small garri my papa de hustle for us to drink daily o.

I love the fact that Femi Otedola is a good father that dotes on his children..A subtle reminder however that IDPs in the North East who he donated N5bn to November last year are currently crying of hunger.They can't be crying so soon if the money was devoted to that cause.

Scramble for the soul of Southeast APC: Where were today’s gladiators?