Over 90% Of 200,000 First Batch N-Power Beneficiaries Have BVN Clearance

Over 90% of the 200,000 unemployed Nigerian graduates selected in the first batch of the N-Power Volunteer Corps, NPVC, have been verified using the Bank Verification Number, and any untrue information submitted in the process of application is a ground for disqualification. 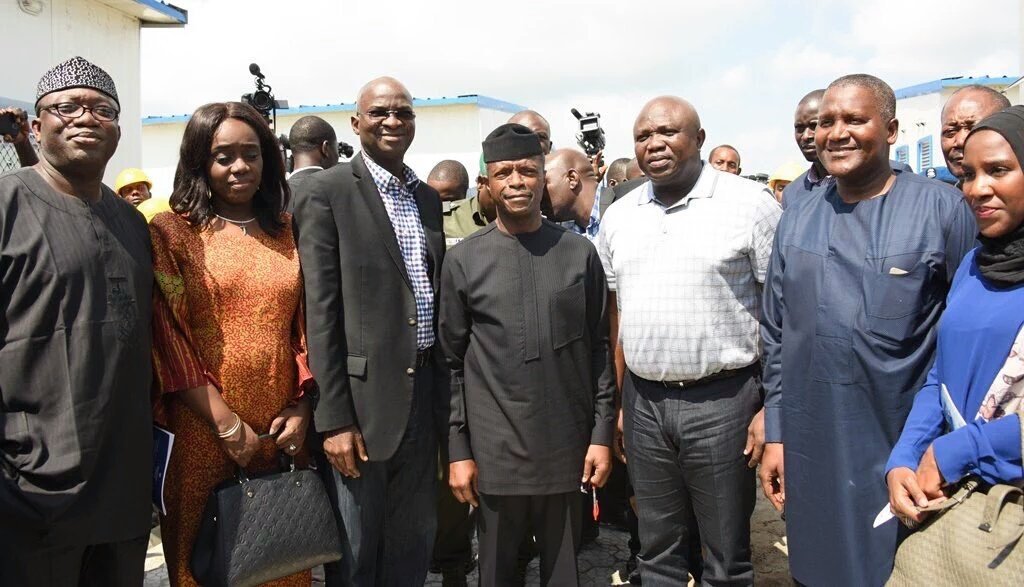 This clarification was given  by the Senior Special Assistant on Media & Publicity in the Office of the Vice President, Mr. Laolu Akande, while giving an update on the N-Power Volunteer Corps which is now advancing with assignment of beneficiaries to their places of deployments in their states of residence.

Akande who referred to a BBC report last week regarding the testimonials of some of the selected Nigerian graduates noted that “it is most gladdening that those who were selected are now telling the stories of how they have not been employed for years, but now grateful to the President for this initiative.”

Some of them, he added, express satisfaction, according to the BBC report now online, that even though they knew no one in government, they were selected for the paid volunteer job program, attesting to the transparency of the selection process.

The Senior Special Assistant stated that all the states and the FCT through the focal persons they appointed have since received the list of the 200,000, and now working on deploying the beneficiaries to their places of assignment.

He also explained that by using the BVN which is one of the most viable means of identification in the country today, there is hardly any way anything fraudulent can sail through in the process.

“We are confident that the selection process, all the way through with BVN, and physical verification at the points of deployment in the states and the local government areas, are both transparent and impossible to abhor ghost beneficiaries, or any kind of fraud,” he asserted.

Already, Akande disclosed that 93% of those selected have been screened through the BVN, with the commendable assistance of the Nigerian Inter-Bank Settlement System Plc, NIBSS, and only authentic and verifiable beneficiaries will be paid the N30,000 monthly stipends starting December.

Responding to some allusions made in sections of the media about random searches conducted on social media platforms, the SSA dismissed them stating that such cannot be better than “biometric identification we have secured through the BVN.”

In any case he continued, “besides the BVN, there is going to be physical verification, through an in-built component in our selection system that requires that information submitted online during the application would have to be authenticated at the point of deployment across the country, including verification of academic credentials and residence status.”

According to him, just as is normal when someone gets a job or even admission to school, he or she would proceed to present papers that have been submitted during application for verification. “This is also going to be like that, so claims about some applicants claiming to be residents of states would be dealt with if it turns out such claims are false. If an applicant cannot supply proof of residence, the selection is terminated.”

Besides, he explained that in a local government such as Abadam in Borno State, where there have been claims that non residents applied and were selected, Akande assured that there is no cause for alarm because such people would have to show up for verification on the spot.

He added that there was also a likelihood that a number of applicants may have inputted Abadam inadvertently considering that Abadam LGA is number one on the list of LGAs under the list as posted on the N-Power portal. “There is a good chance,” he continued, “that some applicants may have failed to complete the forms online accurately.”

Such errors are being reviewed and anyone found not to be resident in the LGA would be removed and replaced using the waiting list of applicants.

Said he: “an important aspect of the application was that applicants were told in clear terms that any false information would be grounds for disqualification.”

On how the 200,000 first batch of the N-Power was selected, the SSA Media explained that the selection was not only fair and done transparently, but also with adequate care.

Then to mitigate the adverse socio-economic circumstances in the North- East an additional 4800 applicants from the region were selected with Borno State getting 1200 and Adamawa, Yobe, Taraba 800 each and Bauchi and Gombe 600 each.

Also to bolster states with low application numbers, an additional 4208 was selected and shared between Bayelsa, Jigawa, Kebbi, Sokoto and Zamfara States. The Federal Ministry of Agric also additionally allocated 6799 applicants in the Agric category to all states across specific crop, fish and livestock targets in order to support government’s self-sufficiency target in Agric produce.

Gender and disability factor were also key in the selection. 46% of those selected, Akande disclosed, are females, while a total of 1126 were successful applicants with disabilities.

Akande then assured that those not selected in the first batch are now in the waiting list until the subsequent batches when they would be considered again, since there are still 300,000 to be selected under this budget cycle.

On why the selection process was based on states of residence rather than states of origin, Akande simply noted that for example, over 42,000 Nigerians applied for the N-Power from Lagos but only 3568 of them originate from Lagos. “Would it then be tenable to say almost 40,000 Bona fide Nigerians who are applicants resident in Lagos should just forget it since they are resident but not origins of the Lagos State?

Office of the Vice President