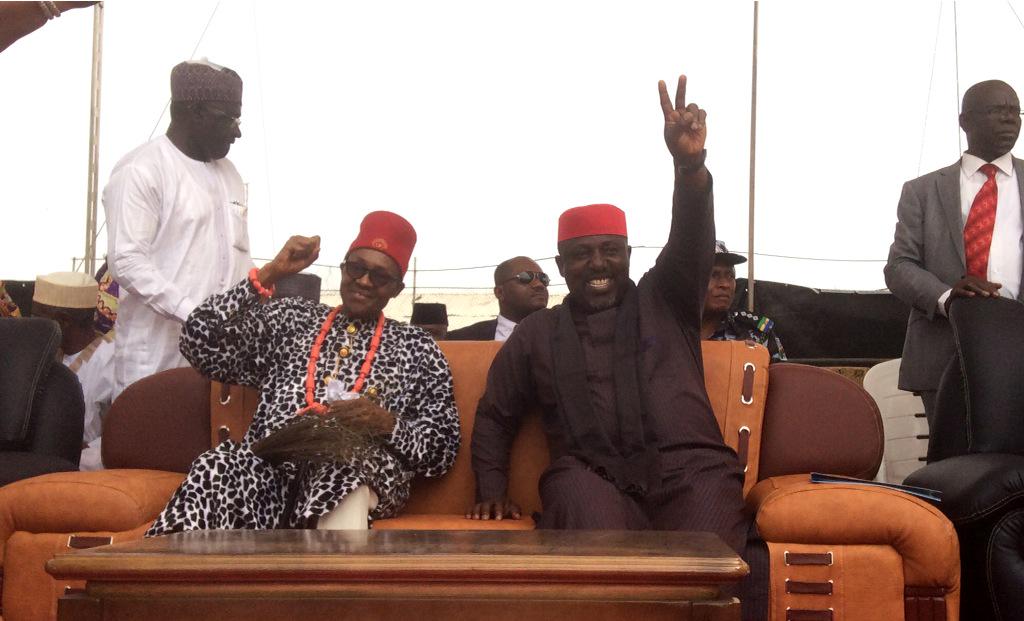 OYC LAUD THE DECLARATION OF OWELLE ANAYO ROCHAS OKOROCHA AS THE IGBO POLITICAL LEADER BY NDIGBO FOR ONE NIGERIA, SOUTH EAST POLITICAL MOVEMENT AND OTHER GROUPS

This declaration is well merited in view of his transformational leadership and his effort to ensure that Ndigbo were not completely sidelined in the present dispensation.

Owelle Rochas Okorocha is a bridge builder par excellence and it is on record that he is now building a gargantuan National Secretariate for Ndigbo today at the Ohanaeze Ndigbo Headquarters in Enugu.

Ealier on he had built an Igbo Centre at Emene near Enugu . Owelle is a true son of Igbo land and has empowered so many Igbos .

He also recently  made spirited moves to ensure that Imo militants are included in the federal government Amnesty Deal.

We therefore encourage him to do more to better the lots of Imo and Igbo people.

Breaking: NASS Takes over Power to control CCT from Buhari